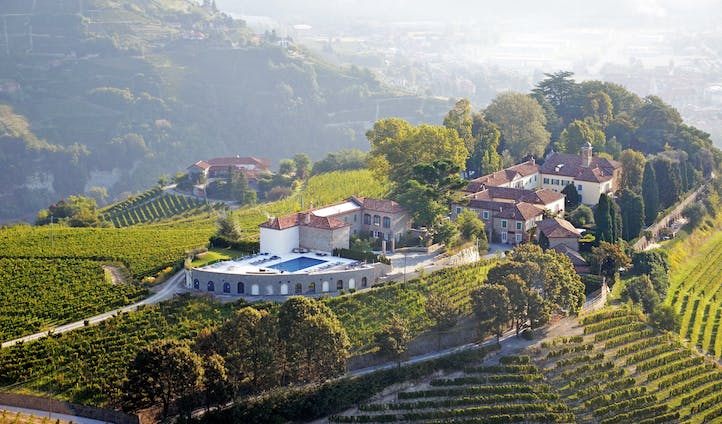 Escape to the rolling Langhe hills at Relais San Maurizio 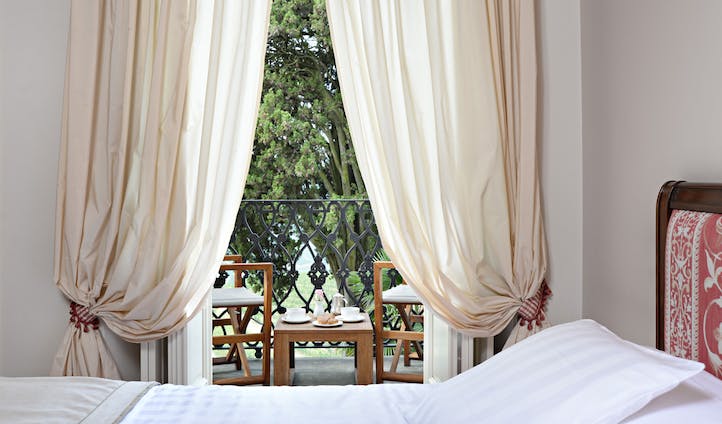 Classical details keep the history of the property alive 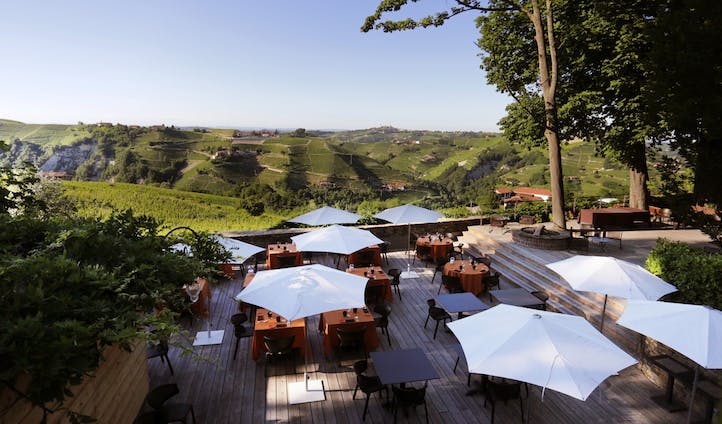 Come, summer dine outside on the Monterosa terrace 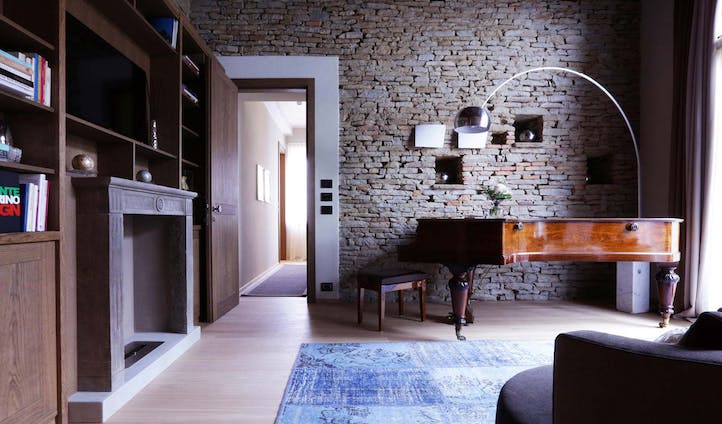 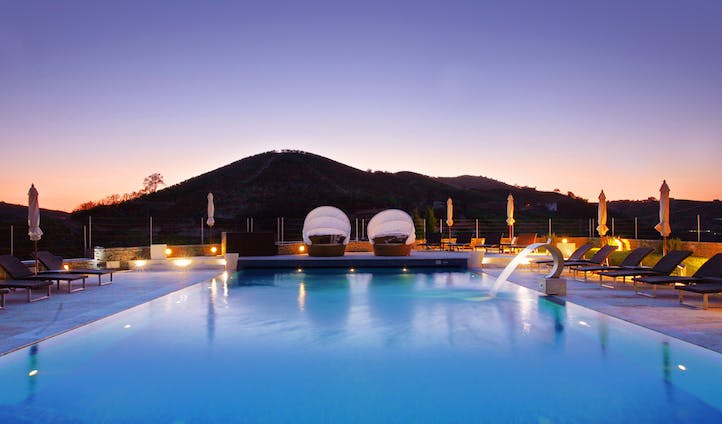 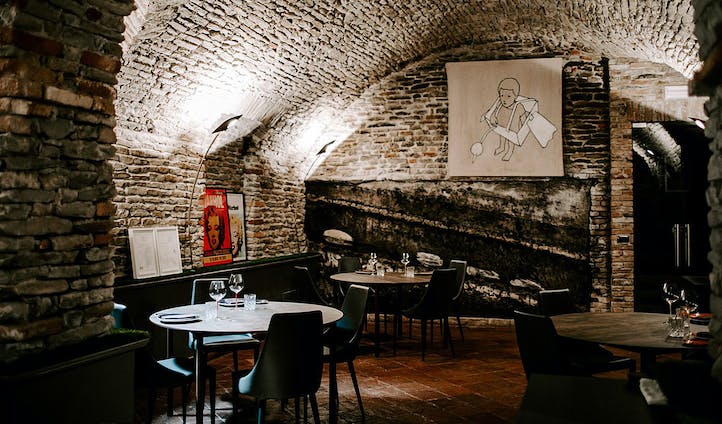 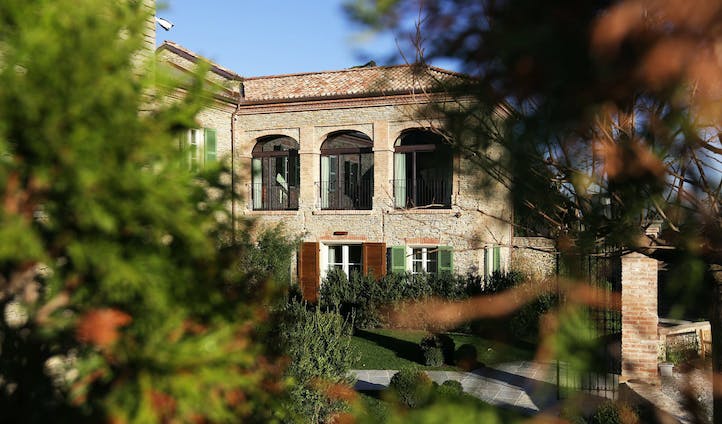 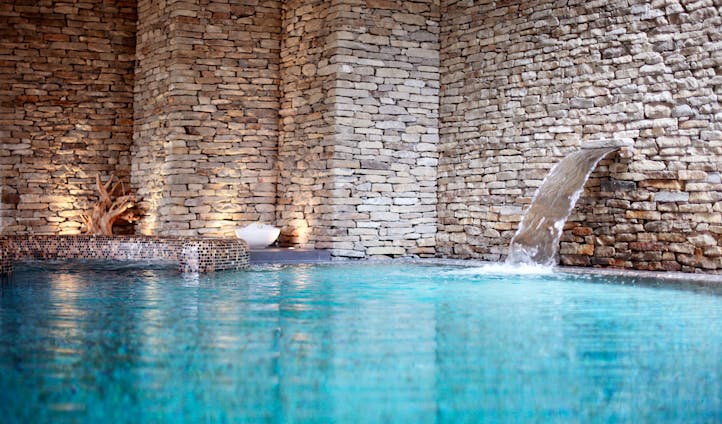 After days hiking through the hillsides, retreat to the spa 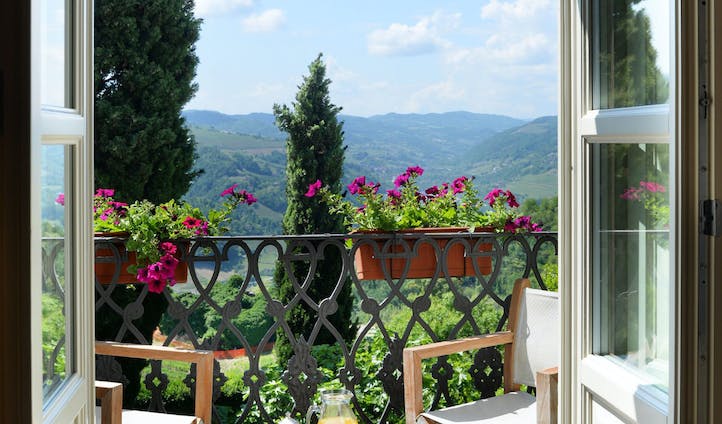 Wake up to endless views 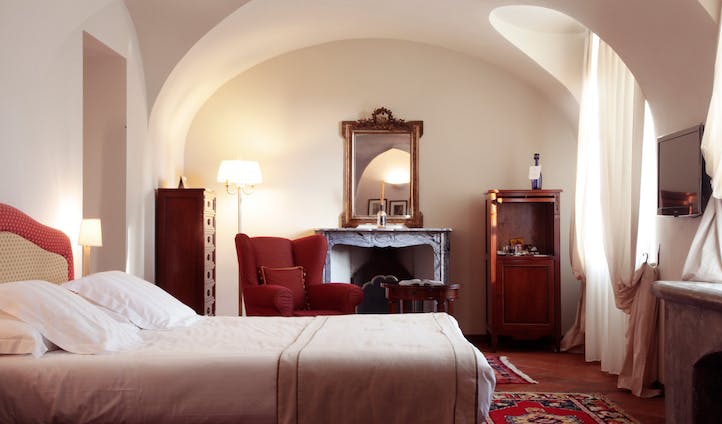 In the heart of the quiet Piedmont vineyards, a former 17th century monastery has been transformed into Relais San Maurizio. Contemporary, yet with a sensitivity for the past, the result is akin to a spell being cast. Your soul feels lighter and time seemingly comes to a halt here. Settle in on the panoramic pool terrace, stroll through the botanical gardens or indulge in vinotherapy at the spa. But, however you spend your day, be sure to end it at Michelin-starred Il Ristorante di Guido da Costigliole for a taste of the Langhe valley’s culinary prowess.

Nestled in the hilltops of Santo Stefano Belbo, the hotel enjoys panoramic views of the Langhe valley. Home to some of the world’s most renowned wines and ancient roads traversed in the Middle Ages, it comes as no surprise that this rural idyll is protected by UNESCO. Beyond history and culture, there’s plenty of natural beauty too with the wider Piedmont region hugged by the foothills of the Alps on one side and the iridescence of the Ligurian Sea on the other. To get here, it’s an hour and a half from Turin or two from Milan.

The 36 rooms are split across the old monastery and the newer San Luigi Villa, with each bearing its own distinct personality. The monastery rooms now take the place of the original cells, sacristy and stables with exposed beams, marble fireplaces and inlaid floors lending added character. Despite the centuries however, the rooms remain light-filled with views out across the hills. The San Luigi suites meanwhile offer tranquil hilltop escapes in a blend of contemporary design and ancient tradition.

Whilst many will flock to Tuscany and Emilia Romagna for a gourmet discovery, Piedmont is left to revel in a quiet confidence. Home to Barolo wines and rare truffles, this is a more than accomplished culinary region. Drawing on all that is Il Ristorante di Guido da Costigliole. Pioneers of the slow food movement, the hotel’s Michelin-starred restaurant finds its home in the monastery’s ancient cellars where the flicker of candlelight against contrasting exposed brick vaults and contemporary art create an extraordinary atmosphere. Come summer, the experience spills out onto the Monterosa terrace to be lit by sunsets that flood the ancient terroir. It’s a meal you won’t want to miss.