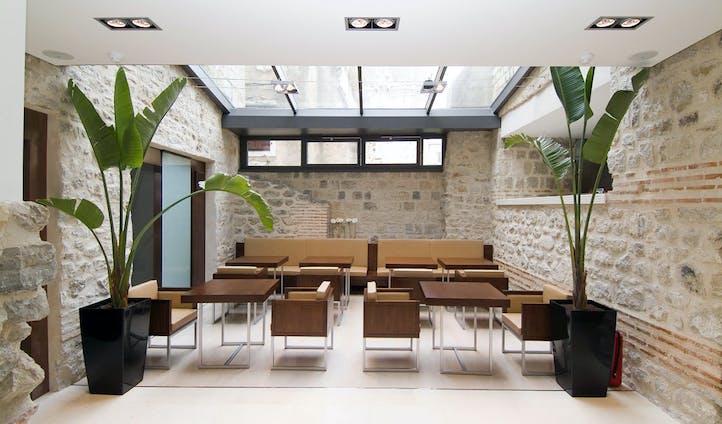 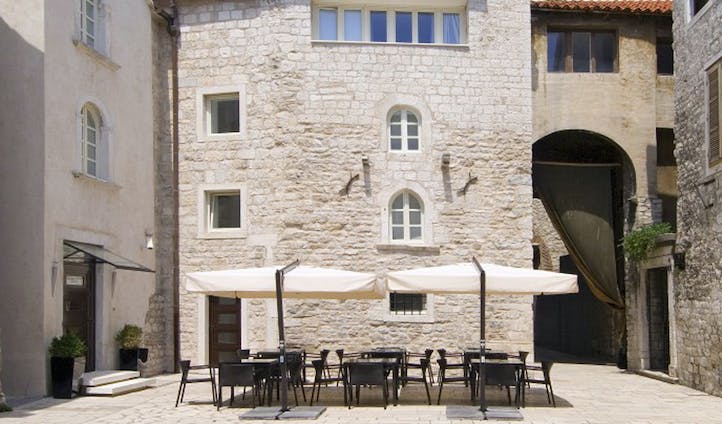 Bask in the Croatian sun 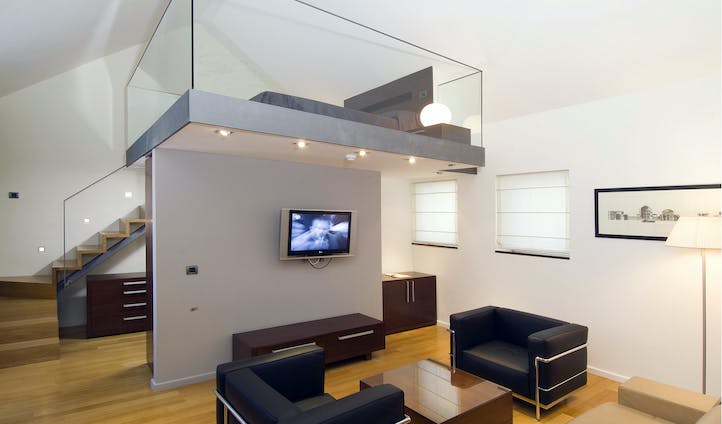 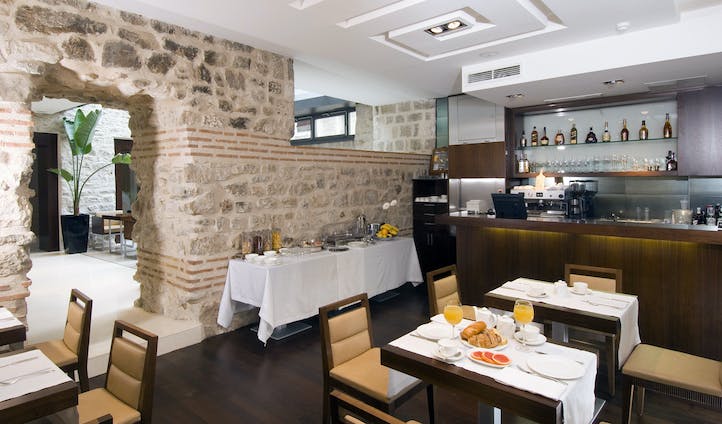 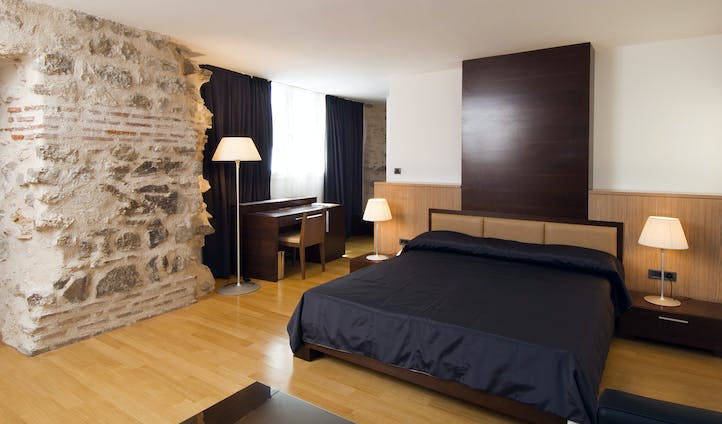 Dream away in the Junior Suite 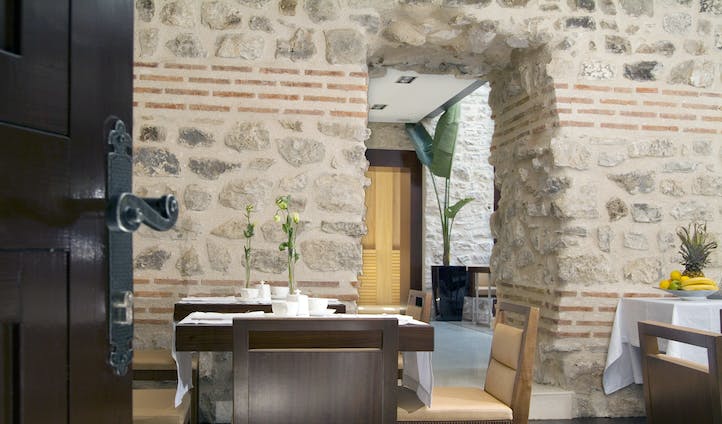 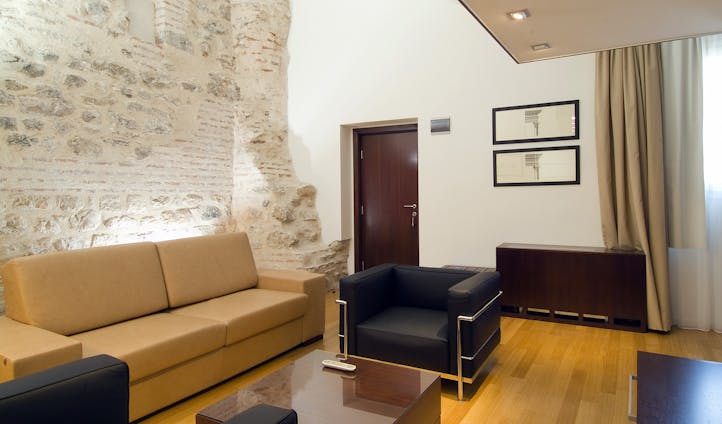 Head to the Luxury Suite for added comfort

Hotel Vestibul Palace oozes romantic charm, sophisticated comfort and captivating history and will take you from the Twenty-First Century to the Third Century the moment you step through the door.  Originally built between the Emperor’s Chambers and Split’s Peristile it was reserved only for the most regal among us, but now is a quaint Croatian hideaway and perfect for that luxury European summer trip.

Hotel Vestibul Palace resides deep in the heart of Split’s Old Town, in the shadow of the cathedral’s striking bell tower and the Peristile. It is built within the ancient walls of Emperor Diolectian’s Seaside Palace.  The property, as well as being a prime location to explore the city of Split from, is just a ten minute walk away from the harbor where you can hop aboard a yacht and set sail southward to Hvar and Korcula.

The rooms incorporate original features and blend them with sleek, modern furniture. Think exposed stonewalls played off by polished wood floors, heavenly beds suspended on glass mezzanines high in the rafters and chic minimalist bathrooms. And with just eleven rooms, it’s easy to feel like you have the Palace all to yourselves.

Croatia is all about the fusion of ancient and contemporary.  Hotel Vestibul Palace is the ultimate in this; taking three palaces from the Roman, Gothic and Renaissance periods and merging these seamlessly with that understated sophistication we love.  As if this wasn’t enough, a sip of something cool and refreshing as the evening sun floods in to the hidden court yard will transport you back to a time when Vestibul Palace really was heaven on earth.

stay here on these experiences