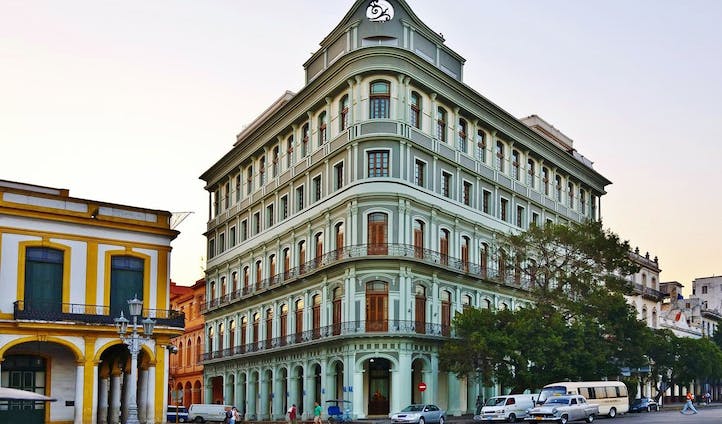 An iconic hotel in the heart of Havana 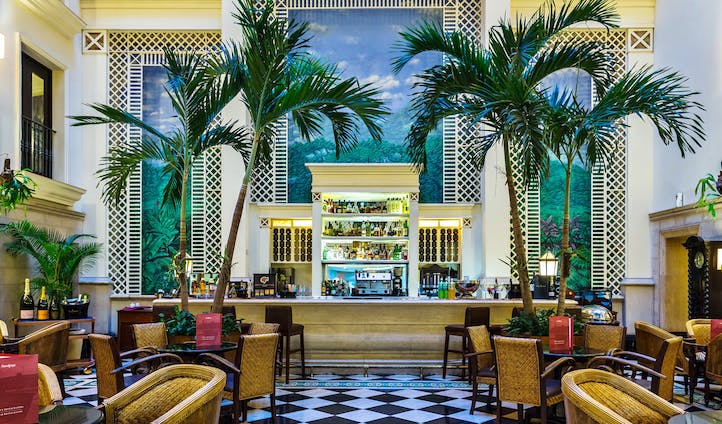 Slide up to the bar for an evening cocktail 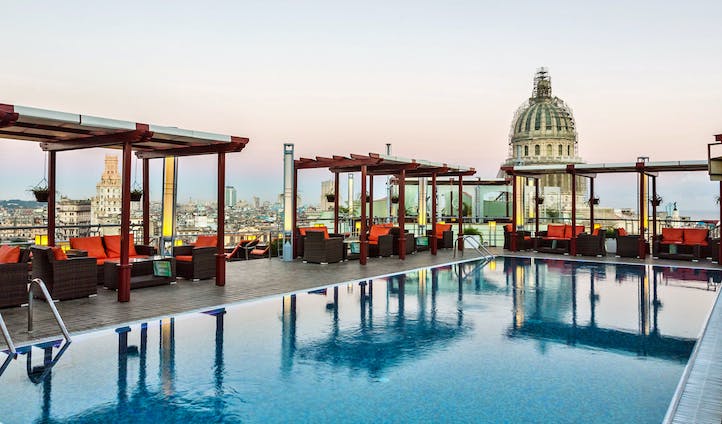 Drink in the city skyline from the rooftop pool 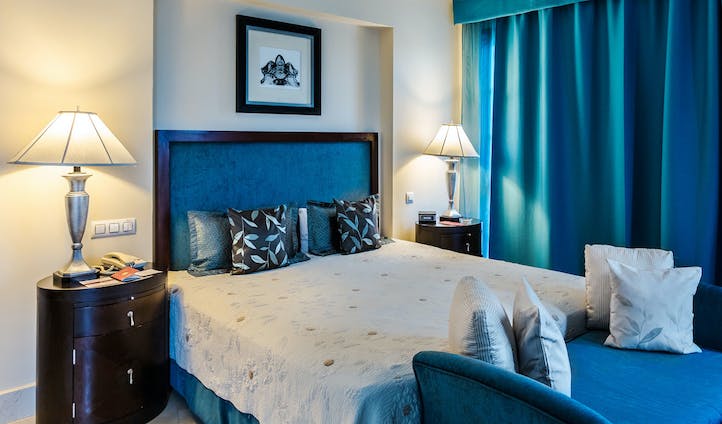 Rest your head in the elegant rooms 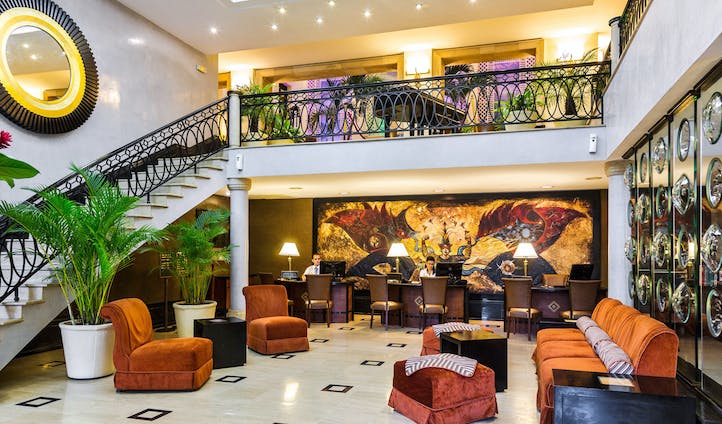 Elegant design with a hint of Cuban vibrancy 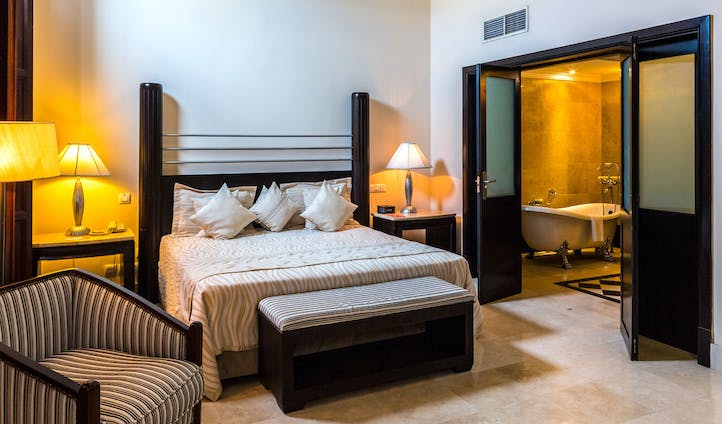 Rest up in Suite Habana

Dating back to 1879, the Hotel Saratoga is a Cuban icon. Forging a reputation in the 1930s with its combination of ‘Aires Libres’ cuisine and performances from renowned Cuban orchestras, the hotel became the place to stay and be seen, attracting the cream of Havana’s social circuit. The success of the Hotel Saratoga has seen it expand from a spot on the third floor to occupying the entire building, eventually expanding and building additional storeys so that it now occupies seven storeys of what looks like a five storey building. Some story.

Picture the scene. Chevrolets, cigars and the crash of waves against the Malécon – you’re in Old Town Havana. Right at the crossroads of Paseo del Prado and Dragones Street (where live music spills from every doorway and open window), the Hotel Saratoga is a great base to explore this enigmatic city. Looking onto the Nation’s Capitol Building, you’re a short walk from the drama of the Gran Teatro, Fraternity Park and the Partágas Cigar Factory.

Understated, comfortable and spacious, the Saratoga’s 96 rooms are beautifully furnished and cleverly lit, meaning you lose nothing of the Old Town’s atmosphere, but gain everything in terms of first-class comfort. Chic, private and relaxing, we love the Cuban tiled floors, patterned cushions and great city views. Take advantage of the complimentary in-room internet access to find out which bands are playing then throw on a vest, sling on a shirt and flip-flop into town.

At a glance, the simple cornices, arches and pilasters of the Hotel Saratoga’s exterior suggest pretty if not slightly regimented neoclassical inspiration. But a closer look reveals a singular eclecticism that endows the hotel with its particular charm. Like everything in Cuba, first impressions of the Saratoga can be misleading. The understated colonial style that runs through the hotel is accented with colors, patterns and thought-provoking local artwork. Despite how things look from the outside, there are seven storeys, not five.  The views onto the cupola of the Nation’s Capitol Building are spectacular. Nothing out of the ordinary there you might think, but it’s quite a backdrop when you consider you’re just taking a break from tumble-turning your way up and down the roof terrace’s swimming pool.

Sign up to receive our latest destination inspiration for Cuba, as well as our travel predictions for the year to come.