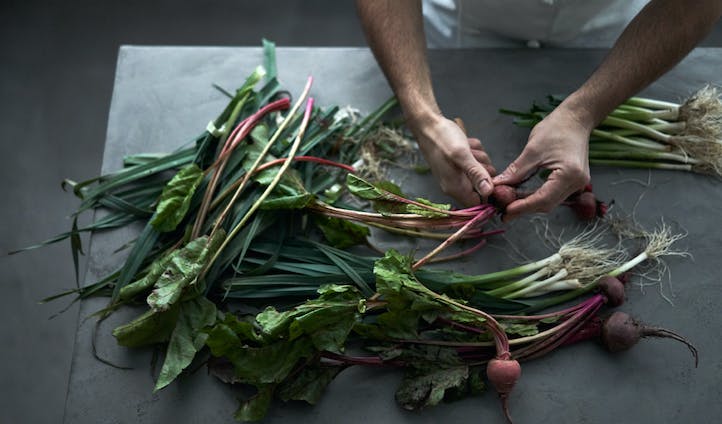 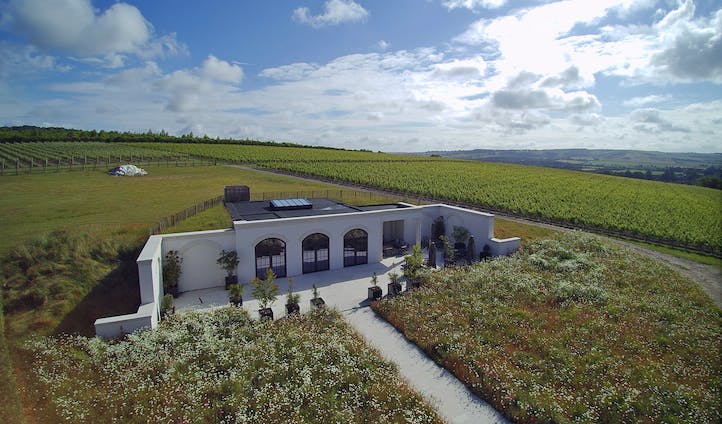 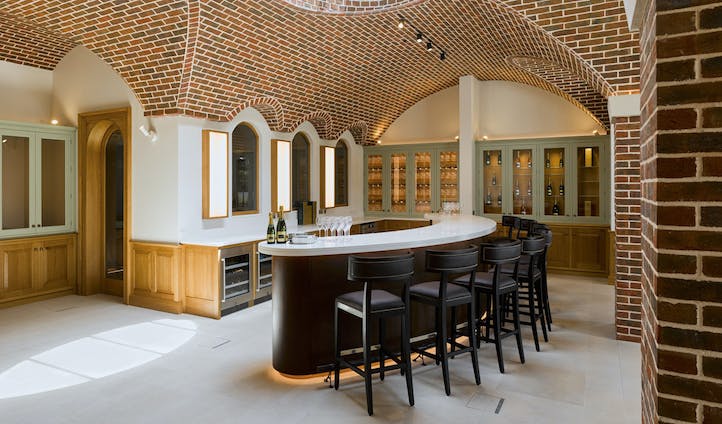 Join an expert sommelier for a private tasting of English wines 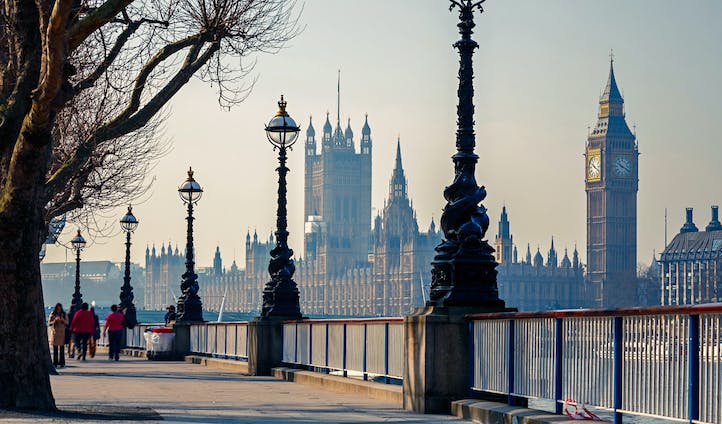 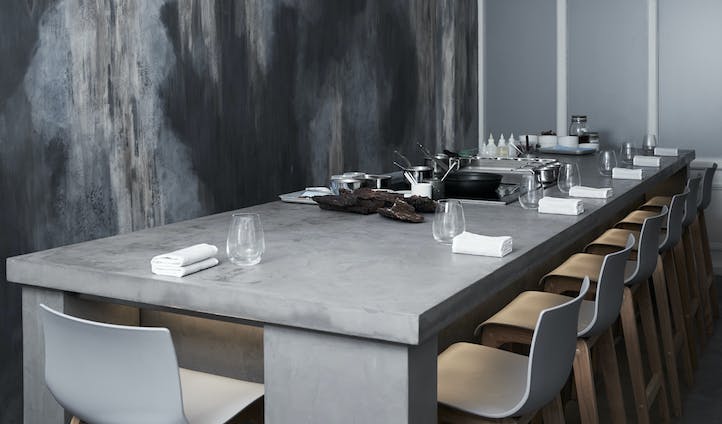 In London, step behind the pass at Simon's development kitchen restaurant, Aulis 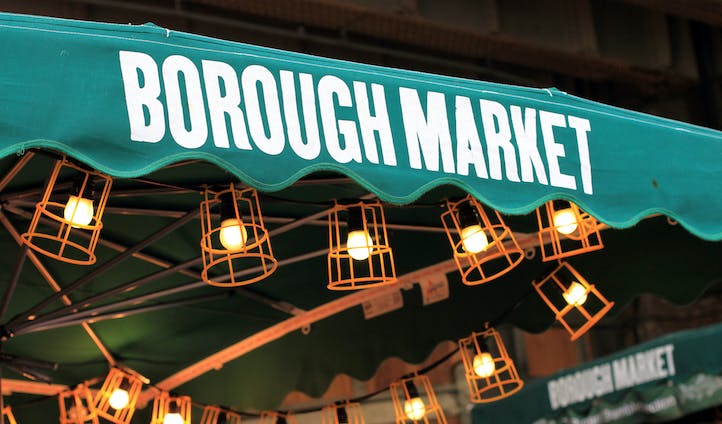 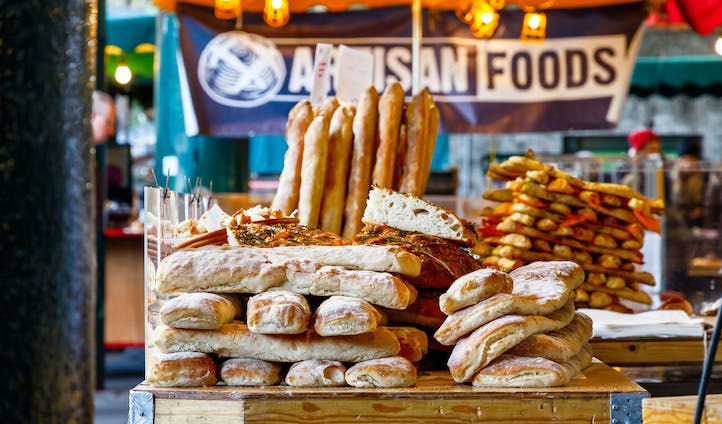 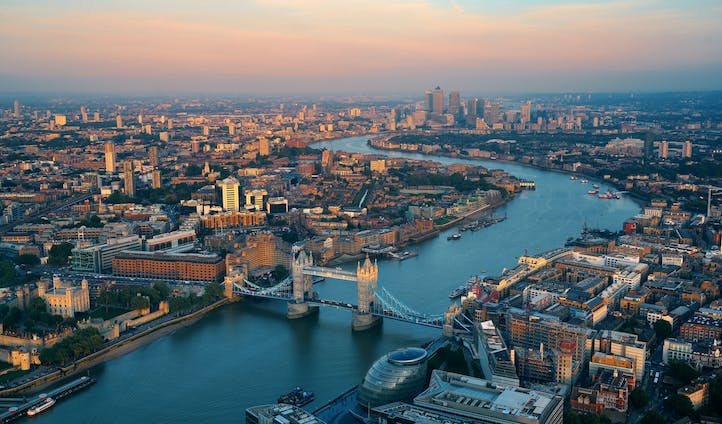 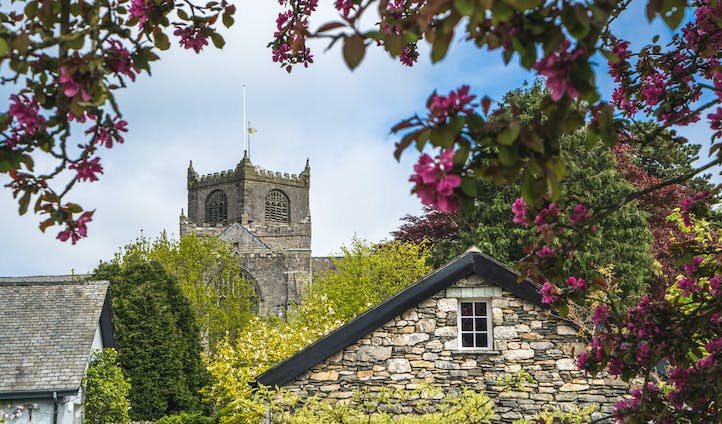 Escape to the quaint village of Cartmel 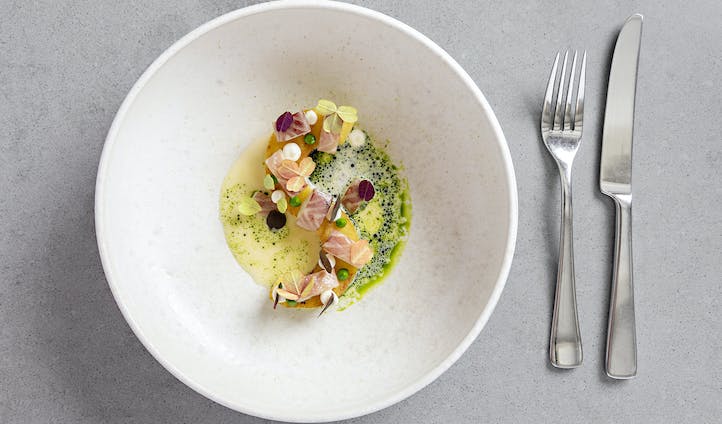 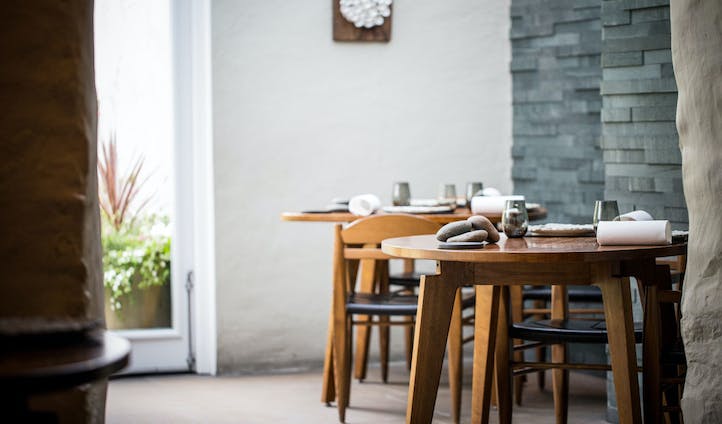 Savour the flavours of the Lake District at L'Enclume 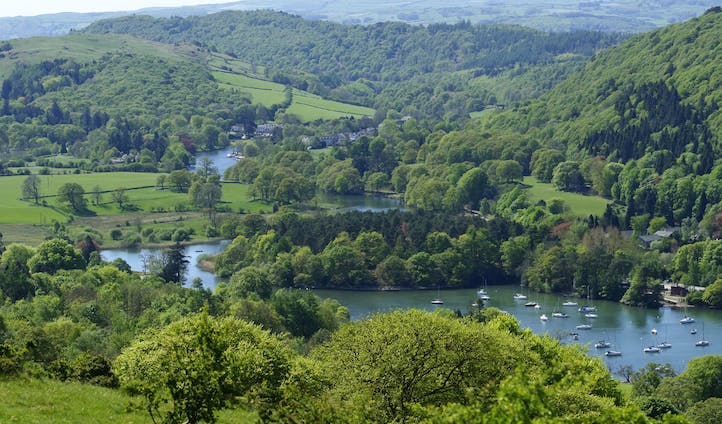 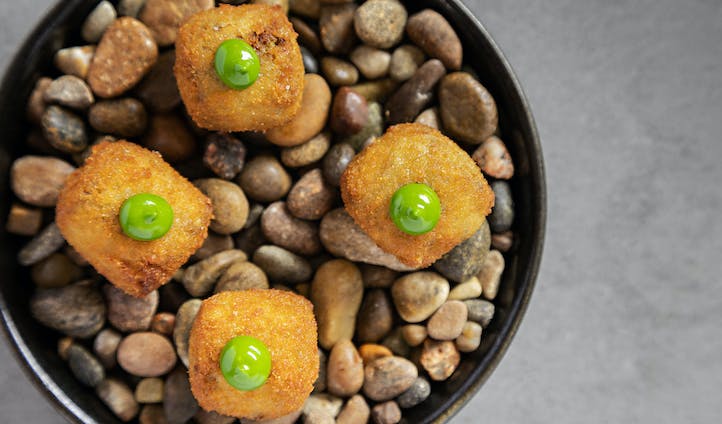 Discover unique flavours in each dish 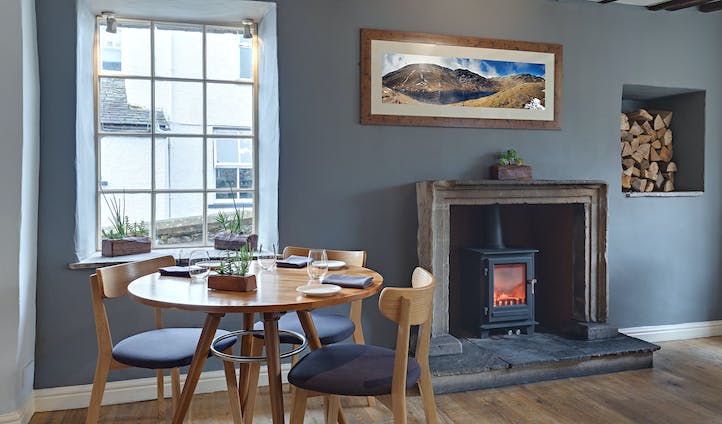 Though perhaps not the first destination that comes to mind for a gourmet discovery, there’s a lot more to England’s culinary scene than meets the eye. Eager to lift the lid on all that our home turf has to offer the gourmet traveler, we’ve teamed up with Michelin-starred, critically-acclaimed chef Simon Rogan to co-curate a week-long deep dive into British cuisine. Following a route that traces Simon’s career, you’ll go from an exclusive winemaking experience in Hampshire to innovative cooking techniques at Aulis in London before culminating at his signature restaurant, L’Enclume, up in the Lake District. Along the way, you’ll have the chance to get behind the pass with Simon as well as joining him on ‘Our Farm’ to learn more about the local produce that he has championed throughout his career. Highlighting flavors that are fresh, organic and incredibly innovative, this is our Tasting Notes of England.

Touchdown in the UK and we’ll whisk you straight out into the country surroundings of Hampshire and the refined luxury of Heckfield Place. A grand Georgian manor home set within hundreds of acres of rolling countryside, it’s the perfect place to shake off any weariness with an invigorating walk through the pleasure grounds, woodlands and walled gardens that surround you. If all you need is a good film and a cup of tea though, the screening room will sort you out.

Raise a Glass to English Wine

Tomorrow, it’s down the road to Exton Park, Hampshire’s only ‘Grape-to-Bottle’ wine estate. Planted along the chalk slopes of the Meon Valley, here you’ll be treated to a Black Tomato exclusive as you join a senior member of the team for a private tour of the vineyard and its purpose-built winery, with an expert explanation of the winemaking approach and philosophy behind it. After that, it’s down to the Tasting Cellar for a guided tasting of some of the estate’s award-winning wines – including the exclusive sparkling wine they have partnered with Simon Rogan on. Appetite whetted, head down to local pub, The Shoe, for a hearty British pub lunch – or, for something more refined, the team at Exton Park can also whip up a gourmet lunch in the Tasting Cellar.

A Taste of London

Having savored the best of Hampshire’s bounty, the next morning sees a change of scenery as you head into London to the stylish streets of Mayfair for three nights at Brown’s. Drop your bags before heading across to Soho to put on your chef’s hat as you step into Simon’s London development kitchen and chef’s table, Aulis, for a masterclass in his extraordinary cooking techniques before sitting down to an exclusive meal at the innovative restaurant. Planned far enough in advance, we can even arrange for Simon to be the one behind the pass. The next morning, it’s a behind the scenes look at the culinary mecca of Borough Market with a private guide to show you all the best spots and producers.

The Lake District on a Plate

After one last day exploring the vibrant flavors of London, it’s time to head north to the Lake District and Simon’s signature restaurant, L’Enclume. Perched on a river in the idyllic village of Cartmel, L’Enclume also boasts a number of charming rooms meaning your next gourmet-fix is never far away. In fact, you’ll get right underway with a private wine tasting with head sommelier Pierre Brunelli before sitting down to dinner at L’Enclume where the best of the Lake District’s seasonal produce is served up with a creative twist to make for an unforgettable meal.

Tomorrow, you’ll see where the bulk of Simon’s produce comes from with a private tour of the village and Simon’s very own 12-acre farm ‘Our Farm,’ in the Cartmel Valley with the man himself – when he’s not in the kitchen, of course. Witness how each of the ingredients is selected, grown and harvested to create what truly is a farm-to-fork movement. After your tour, we’ll then set you up with a Rogan & Co picnic and a map so you can find the perfect corner of the countryside for a relaxed afternoon before heading to Simon’s neighborhood restaurant, Rogan & Co, in the evening for one last taste of the UK.

After a quick masterclass in the L’Enclume kitchen the next morning, your culinary journey comes to a close. Though if you’re left feeling hungry for more, why not head north across the border and discover what Scotland has to offer your palette? Or perhaps it’s back down south to the charm of the Cotswolds or the Cornish Coast.