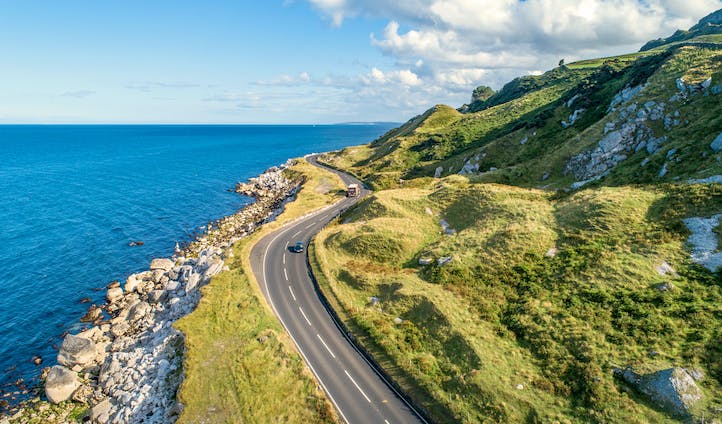 Journey through Ireland's stunning scenery, uncovering its secrets as you go 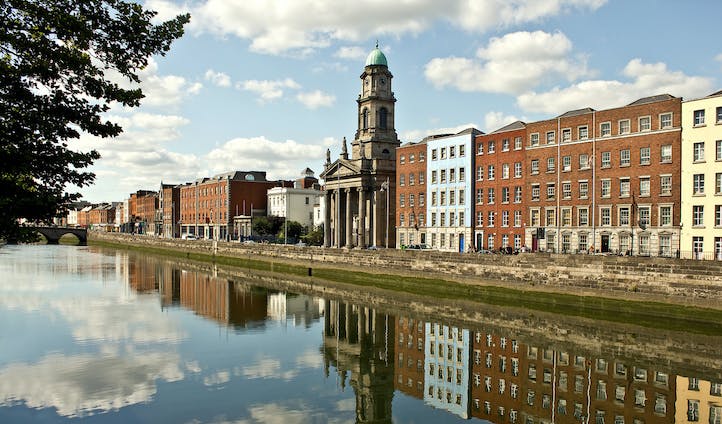 Start your journey off in the lively city of Dublin 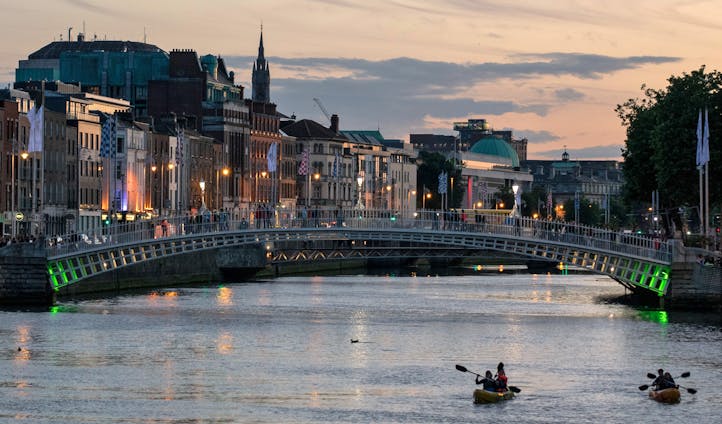 Kayak along the River Liffey 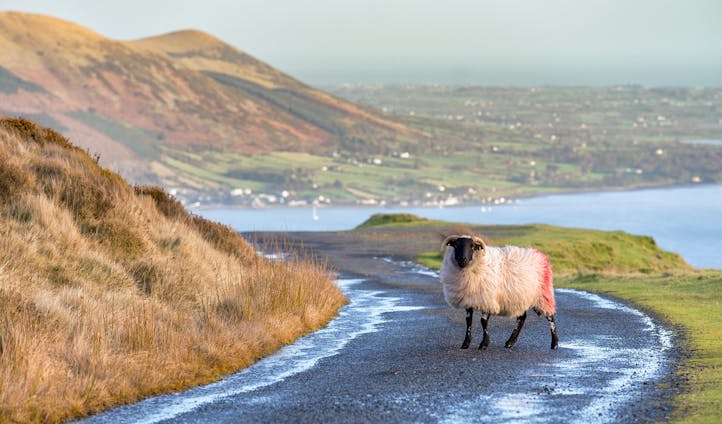 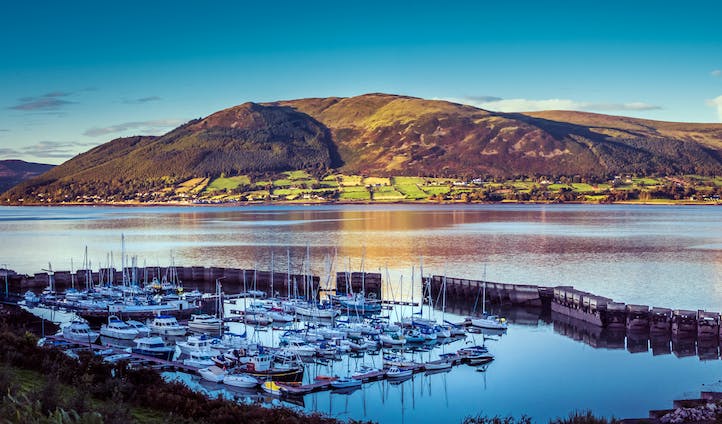 Head out to the Cooley Peninsula 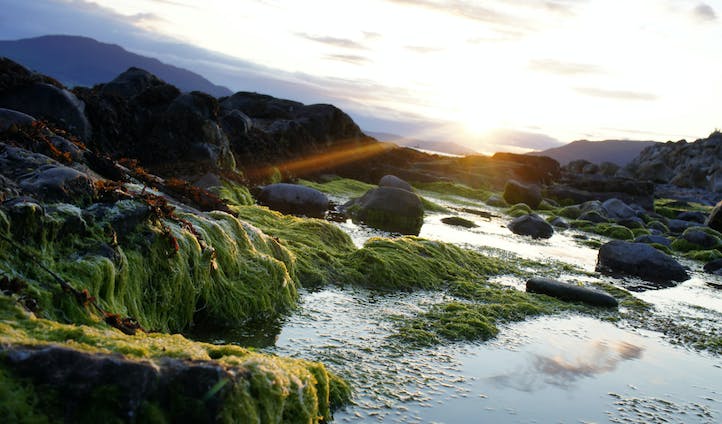 Go in search of Leprechauns 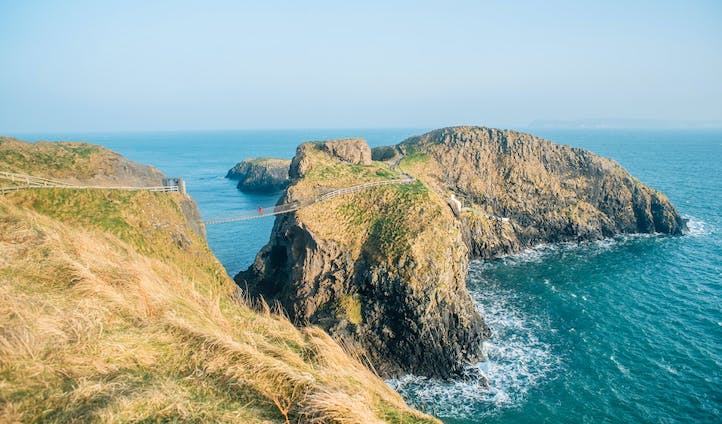 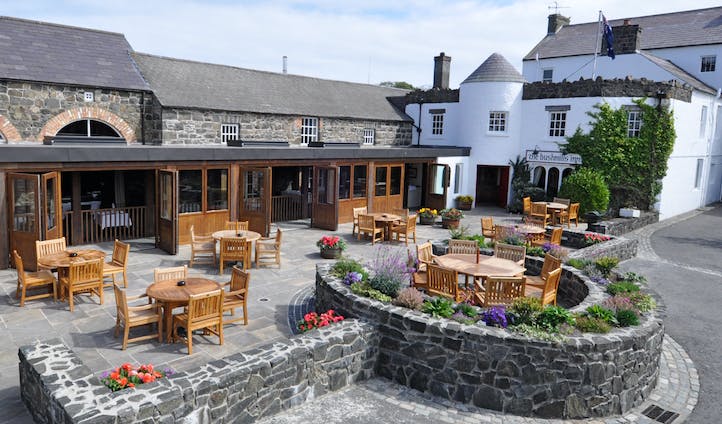 Hole up at the cosy Bushmills Inn 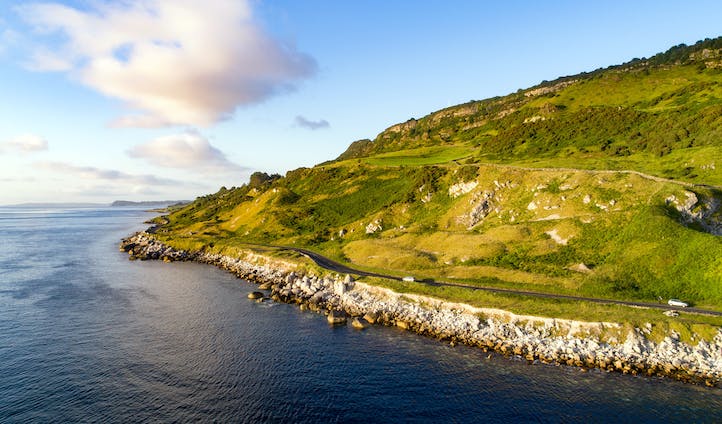 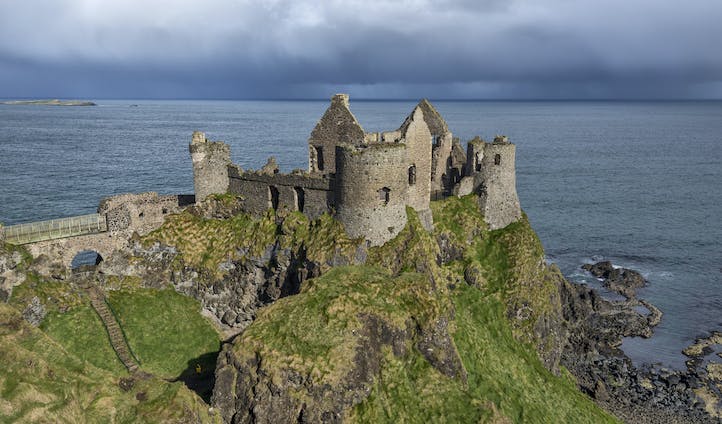 Stop off at the ruins of Dunluce Castle 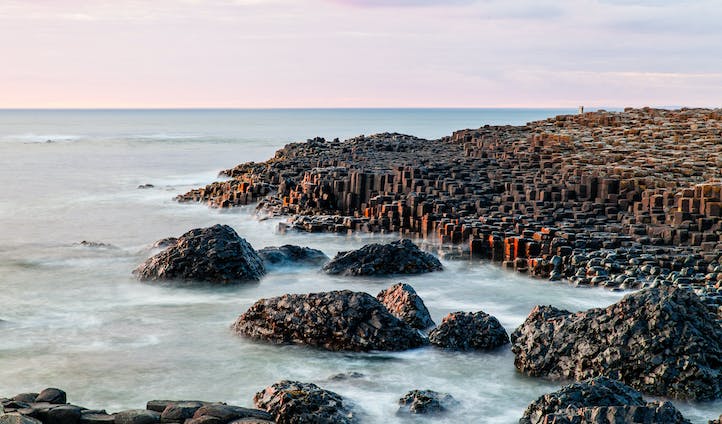 Walk in the footsteps of Giants on the Giant's Causeway 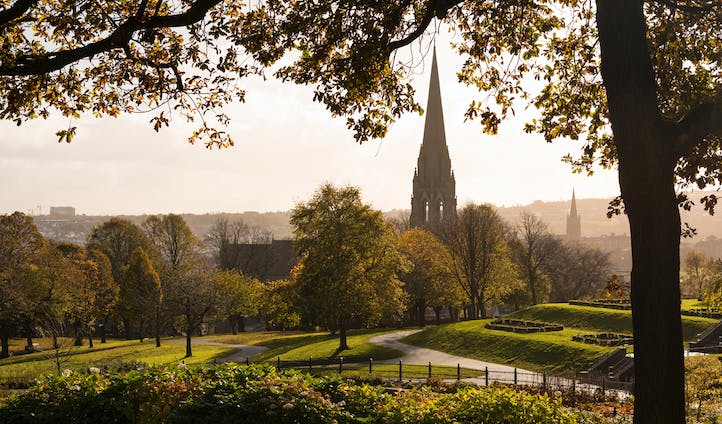 Get to know the past and present of Derry 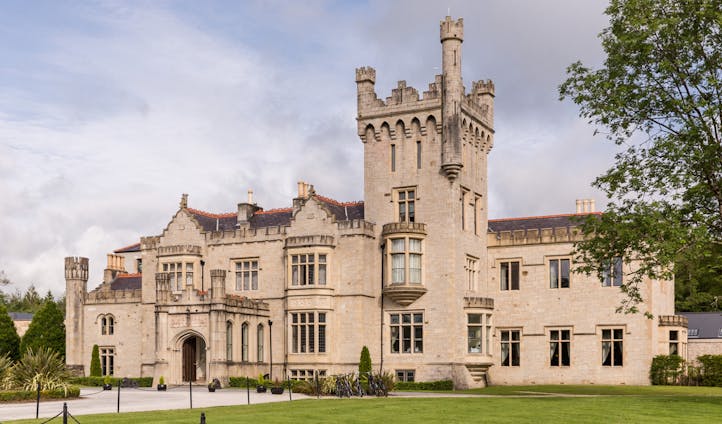 Find your home in the grand castle of Lough Eske 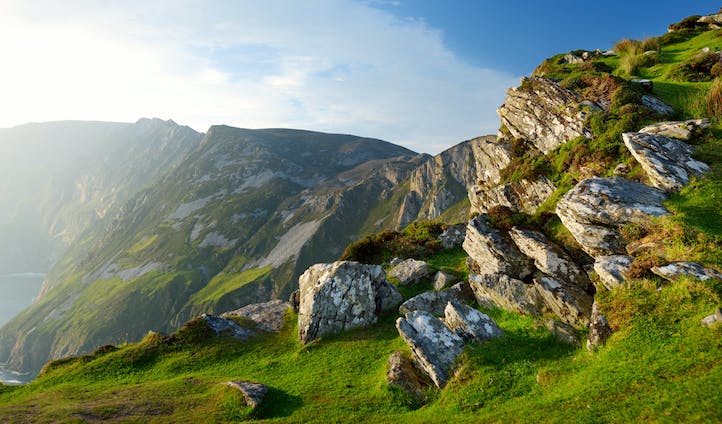 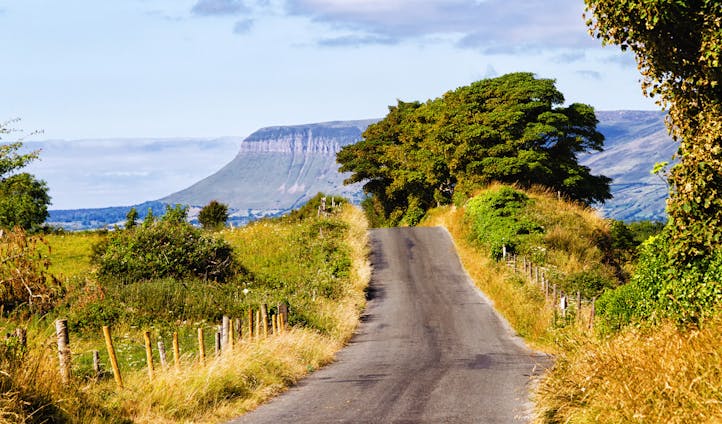 Head south from Donegal, passing in the shadow of Ben Bulben Mountain 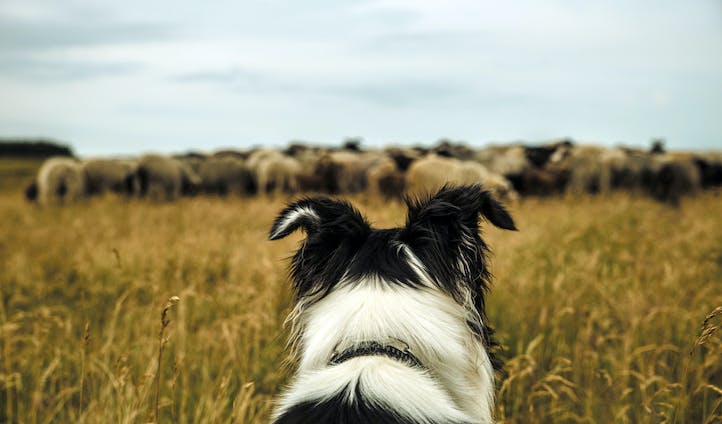 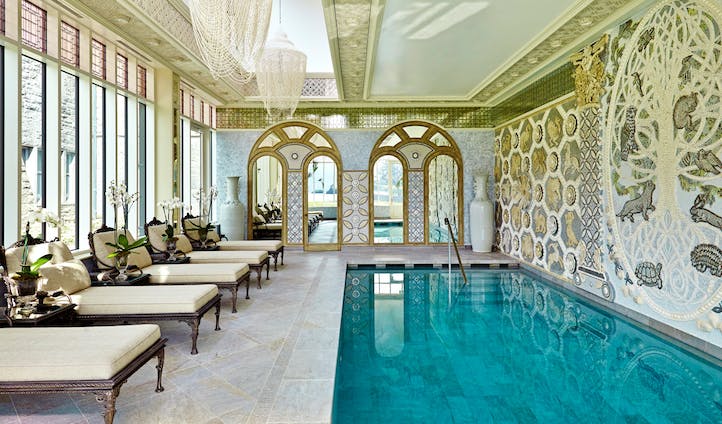 Relax in the blissful surrounds of Ashford Castle 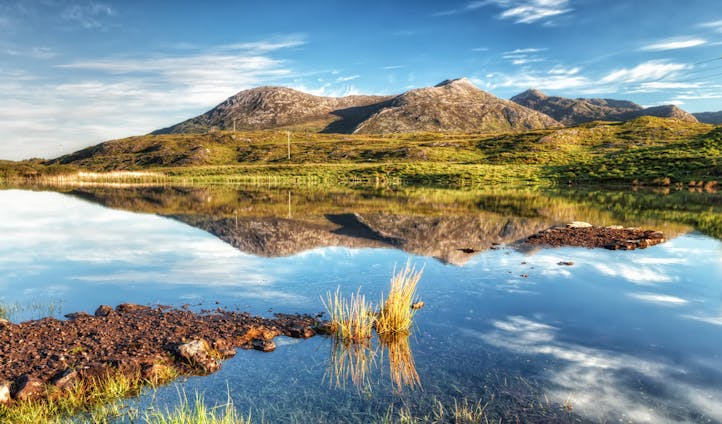 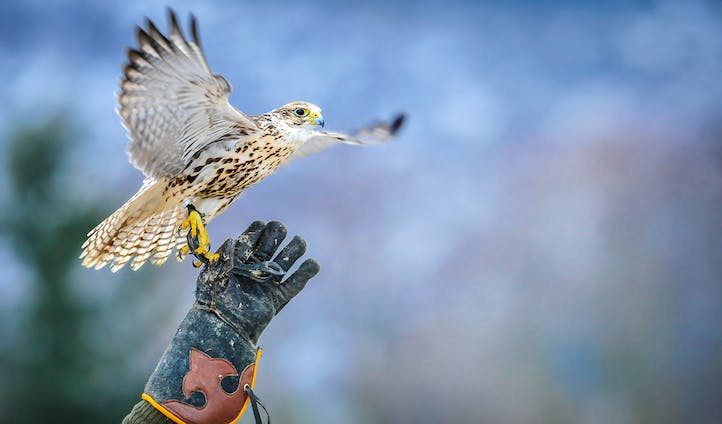 Try your hand at the ancient sport of Falconry 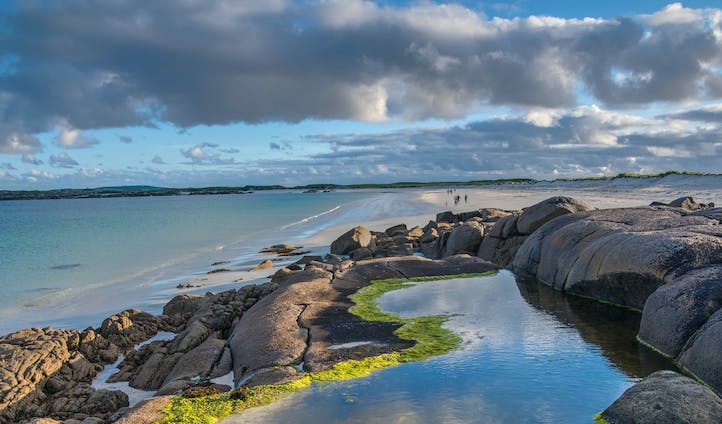 For centuries, the Emerald Isle has been home to any number of myths and legends with Atlantic tides sweeping in to unveil the new and untold, before rolling back out again to leave you with secret discoveries. The perfect destination for a family vacation filled with adventure and intrigue, in Ireland, the outdoors becomes a classroom for curious minds to latch onto. Spend nine-days traveling through Ireland meeting local characters and personalities as you go, from a farmer and his sheepdog to a fossil hunter and real-life Leprechaun whisperer – there’s never a dull moment. Couple that with castles to rest up in at night and kayaks to explore Dublin in and you have the perfect action-packed family adventure.

Life on the River Liffey

Flying into Dublin, you’ll be swiftly whisked off to The Merrion hotel where a quick stroll around neighboring Merrion Square ought to do the trick to beat any post-flight fatigue. Just a hop away from many of Dublin’s best sights as well as a host of trendy shops and restaurants, The Merrion is the perfect launchpad into the city. Join a local historian to get your bearings on a private walking tour before taking to the water tomorrow and seeing the city from a whole new perspective.

In a day that the whole family will love, you’ll head down at Customs House Quay where you’ll pick up a paddle as you set off on a private kayak tour through the city along the River Liffey. Paddle your way upstream taking in the architecture that lines the riverbanks before finishing up the afternoon at the Irish Emigration Museum. Learning about Ireland’s past, you’ll get a great peek into its culture before seeing another side to it that evening with a local show featuring the best in Irish dance and music. Lifted by the fun-filled streets of Dublin, you’ll spend one final night here before heading north tomorrow.

Making your way up along the Cooley Peninsula, you’ll head into the last known home of Ireland’s famous Leprechauns. Joining a real-life Leprechaun Whisperer, you’ll go in search of these folkloric creatures through the medieval village of Carlingford before enjoying lunch at a local pub filled with real Leprechaun memorabilia. From folklore to fossils, you’ll then continue onto the Carrick-a-Rede rope bridge in the afternoon where, after testing your nerve across this creaky crossing, you’ll join an expert geologist to go fossil hunting along the Antrim Coast. After digging up your loot, check in at the charming Bushmills Inn where you’ll spend the next two nights.

In the morning, take an iconic drive along the Causeway Coastal Route, stopping off along the way at the Dunluce Castle. Perched on the edge of a dramatic outcrop that nosedives into the icy waters of the North Atlantic Ocean, the castle is not to be missed on a trip to Ireland and can only be reached by crossing an unnervingly narrow bridge. Make your way across and discover its rich history before continuing along the coast to the mighty Giant’s Causeway. Surrounded by the jagged cliffs and salt spray of the North Atlantic Ocean, there are few places in Ireland as iconic as this. A rumoured attempt by the Giant Finn MacCool to reach Scotland, scrabble over the rocks and see how far you get.

Raise a final toast to your time in Co. Antrim at the oldest whiskey distillery in Ireland before continuing onto the walled city of Derry tomorrow. Join a friendly local and get the low-down on the city’s tumultuous past and emerging cultural and food scene as you walk along the iconic walls. From there, it’s across the border and back into the Republic as you wind your way through Co. Donegal to your home at the grand Lough Eske Castle for the next two nights. Get a good night’s sleep tonight as tomorrow will see you hiking Europe’s tallest sea cliffs at Slieve League. It’s up to you how much of a challenge you fancy and whether you go for it and tackle Pilgrim’s Path – one thing’s for sure though, the views from the top are nothing short of breathtaking. Coming back down to earth, you’ll meet a local handweaver in the afternoon with the opportunity to pick up your very own Donegal tweed, made the traditional way.

After a few days in Donegal, you’ll head south, stopping off along the way at a sheep farm in the shadow of Ben Bulben Mountain – and rumoured home of fairies. Meet the local farmer and his sheepdog and watch them in action as they show you a trick or two about herding sheep. From there, it’s down to the iconic Ashford Castle where you’ll spend the afternoon training a very different animal, a hawk. Join the hotel’s resident falconer as you get a glimpse of this ancient sport and try your hand at it too. Surrounding by over 300 acres, there’s never a dull moment at Ashford Castle and you’ll be easily entertained during the next two nights here.

On your last full day, you’ll take a trip out to the ruggedly beautiful Connemara coastline to meet a local forager and join them for a walk along Dog’s Bay Beach. Dappled by rock pools, peer inside and discover what can be foraged from them before sinking one last seaside Guinness at a coastal pub. Tomorrow, it’s time to leave Ireland behind as you head back home from either Shannon or Dublin.

Highlights of Ireland: A Luxurious Vacation Across the Emerald Isle

Sign up to receive our latest destination inspiration for Ireland & Northern Ireland, as well as our travel predictions for the year to come.