Home / Inspirations / Journeys to Come: swim with humpback whales beneath the midnight sun 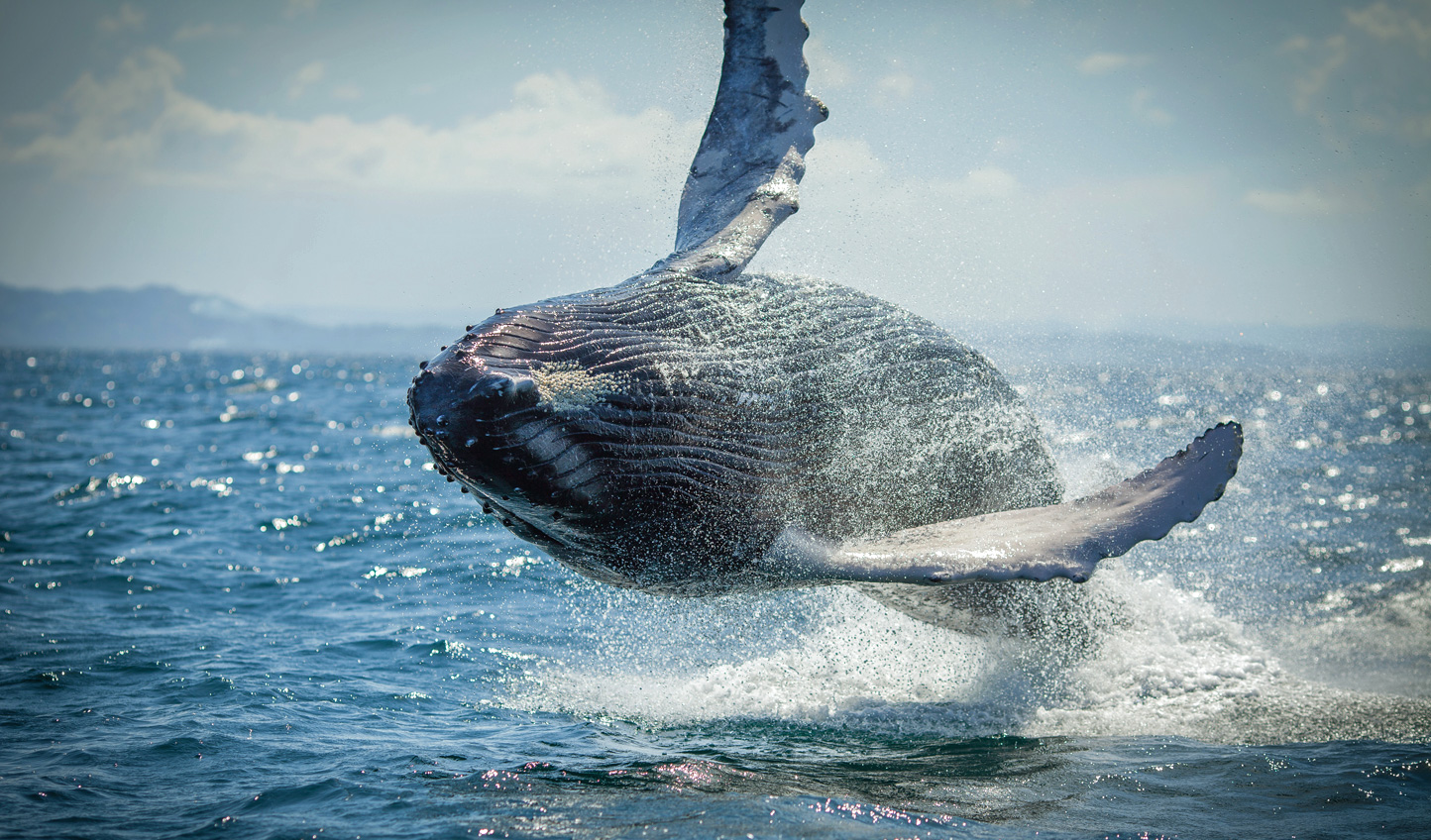 A new month brings with it a new addition to our Journeys to Come – our ongoing series of life-changing trips that you can take now that lock down has begun to lift. And on this newly crafted expedition, we’re returning to a country where we operated some of our earliest itineraries trips – Iceland. A country that is very close to our hearts – this kingdom of ice and mountains and unending views.

But this time, we wanted to do something new – something that’s never been done before. To swim with humpback whales during the very middle of the night. Of course, being Iceland, this isn’t any ordinary night. Instead, we’ve designed a trip that would have you suiting up and plunging into the northern seas during the height of the Midnight Sun, that period of long, shimmering days when the sky remains filled with light – and when the sun refuses to set.

It’s no ordinary experience – and it’s no ordinary trip. You can read the full, no-holds-barred itinerary here. And while your journey ends with this uncompromisingly magisterial experience, it begins with some of our favourite Icelandic map points, properties, experiences and encounters.

But let’s talk, for now, about the encounter itself, and why this experience is the ultimate way to celebrate the opening of the world again.

The humpback is Iceland’s most frequent foreign visitor, a graceful and sombre creature — with dark backs, light bellies and an eponymous ‘hump’ — who, in the days of early spring, begin their ponderous 7,000km journey from the Gulf of Mexico to the seas of northern Iceland. Their motivation is simple – of mothers and calves in search of the country’s legendarily rich feeding grounds. But they rarely travel alone.

Known as the ‘big wing of New England’, the humpback — whose plaintive song reverberates across the darkened waters of the Atlantic — are, despite their considerable size, not free from threats and predators. Killer whales make hungry work of these blissful, cautious baleen, transforming their journey into one of risk and not-inconsiderable peril. But, once they arrive off the waters of Iceland, they will begin a summer of feasting, frolicking and feeding that lasts up to October and the early days of November, dining on a buffet of krill, cod, and sardine.

And it is here, off the coastal waters of Akureyri, whose feeding grounds are thick with fish and the occasional visiting blue whale, that you will set off with your captain and travelling companions. Dry suits on, RIB boat boarded, this is a meeting that has been months and thousands of miles in the making – a chance to lock eyes with creatures who surface most keenly when the ‘night’ – real or not – sets in, glad for the disappearance of heavier tourist cruises and their noisome crowds.

Of course, you can see for yourself just what we’re talking about in our brand-new video below.

Beneath the gleam of the midnight sun

Eyjafjörður, the fjord which connects Akuyeri with the sea, is Iceland’s longest. Framed by snow-capped peaks and brown-black slopes, it is a dramatic and narrow waterway which runs some 60km from its head to its gigantic mouth. And at this mouth, the lowlands stop, and the hills roll directly into the blue-black sea beneath. Shielded from the gusts of the ocean beyond, this is where you – and your hardy crew – will begin your search, barrelling forth into the splendour of the natural world. It is the perfect way to wave farewell to the year that’s passed.

Indeed, by the time of your arrival, Iceland will have reached the peak of its own peculiar trajectory – that of the midnight sun. This is a natural phenomenon that occurs, worldwide, in places north of the Arctic Circle, when the sun remains visible deep into the night. At its height, at the approximation of the summer solstice (21 June), the sun – in fact – does not set below the horizon for an entire 24-hour period. Instead, it dips – curving toward the horizon without ever making contact with it.

Iceland, and a very few handful of other countrieslocations, are blessed with the confluence of both the humpback migration and the summer sun. It’s why Iceland was the natural, the obvious, choice for our destination.

“Weird stuff happens when the sun refuses to go down”

Gauzy, shimmering, surreal – the fuzzy bulb of the sun assumes the quality of a glimmering yolk, cracked across the powdery expanse of the northern sky. Sleeping patterns fall by the wayside, days lose their edges – and their ends. For English musician and broadcaster Jarvis Cocker, “weird stuff happens when the sun refuses to go down”.

And there is nothing weirder – or more decorously beautiful – than an encounter with a creature weighing 30 tons whose ancestors plied these same waters as many as 11 million years ago.

And now, at long last, it’s your turn to be introduced.

The call of the ocean

“It’s a funny story, actually.” That’s Jean, one of our local contacts partners in Iceland – and one of the people who’ve helped us set up and design this truly exceptional adventure. We’d called him to talk about the sensual, physical experience of what it’s like to actually encounter whales in Iceland – and to swim with them. Jean went on to share his very first encounter with a humpback whale.

“We arrived in Akureyri and met one other guy – a Scottish photographer who was finishing a three-year project about Iceland. And this was the last experience he was going to shoot – of a whale swimming underwater.” He continues. “When we arrived at the port, the divers told us how they had just been out on the water and encountered this group of five whales off the island of Hrísey. That’s when we decided to go – climbing into the RIB boat and gearing up. We sailed for quite a while, and we didn’t immediately see anything. In fact, we started to come back. But as we were returning, just 200 metres from the harbour, the photographer spotted something – quite far away.” Jean pauses, recollecting. “It was a plume of water breaking the surface.”

Jean, Florian, and the photographer followed this tell-tale mark. “It was freezing cold. It had dropped to five degrees” he laughs, waving away a memory of cold feet and icy fingers. “So we went toward the whale and the captain says, ok, we’re going to observe it and see what he does.” And that’s what they did, for a mesmerized half an hour, following the whale as it surfaced — signalled by that same plume of water — rolled over, and dived again for as many as five minutes into the inky-black depths below. “So we were actually chasing the whale”, Jean continued, “reaching him, watching him roll and dive, and then spotting where he surfaced again.” It was almost like a kind of play, a performance. And they hadn’t yet dipped a toe in the water, so transfixed were they.

But eventually, they made their move. “At one point, the photographer just says ‘hell, I’m going in’”. What happens next is testament to just how close the team were to this beautiful, solitary creature. “He jumps — face first, which you don’t usually do — into the water. And he basically ends up on the whale. Whale-riding, literally. He couldn’t stop himself, because he was holding onto his camera with two hands.”

After a while, of course, the whale shed itself of its unexpected rider – and swam away. “She flapped her tail very strongly”, explains Jean. “It was impressive because you are so super close, whether you go in the water or not.” This is about getting up close and personal with creatures who we might be lucky to see just as plumes and tails glimpsed in the distance. Under normal circumstances.

“In fact, I had a group this summer” continues Jean, “and they encountered a mother with her calf – and these creatures were swimming on their backs, calmly, not going anywhere, meaning that the family could really approach the whales – and for a very long time.”

Get closer than ever with Icelandic nature

Jess, one of the people who designs our trips, is emphatic on the advantage of this new approach. “Most whale-watching tours take place on larger tourist boats. While entertaining”, she notes, “they keep you at a remove from the whales who populate these waters – sighted more often as a distant splash than a close encounter.” In contrast, the RIB boats we use allow you to get closer than ever to the whales – and at a time (midnight) when other boats have already sloped back to the bay. Taking advantage of the glow of the midnight sun, it becomes a strange and intimate experience in a boat which accommodates only eight people when at full capacity.

And this is precisely what makes this encounter so delightfully unreal – and so impossible to ignore. Sailing, at midnight, on the Icelandic seas, when you might find yourself gleefully outnumbered by these mesmerizing creatures – not beholden to the dictates of tour groups and tour guides. Your captain is there to bridge the water separating land and whale, and that is all – the rest is between you and the whale. The sea will call – and it’s for you to answer.

And when you look back on this moment, this unforgettable encounter, it will be something – from a lifetime of travels – that will never stop standing out. This is what makes it one of the greatest adventures in 20201.

Will you join us?

A journey of wonder and wilderness – and the greatest trip of 2021. Explore the full, customizable itinerary and make it yours. 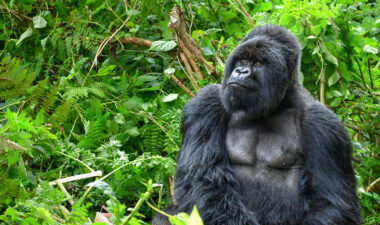 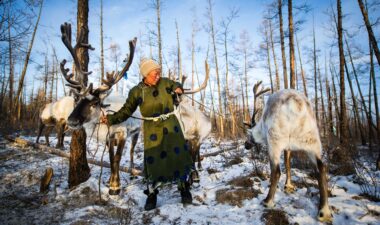 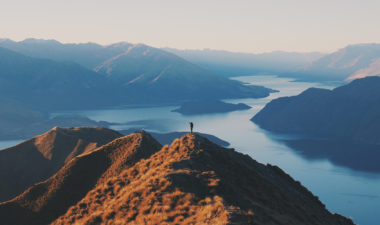 Dreaming about our journeys to come