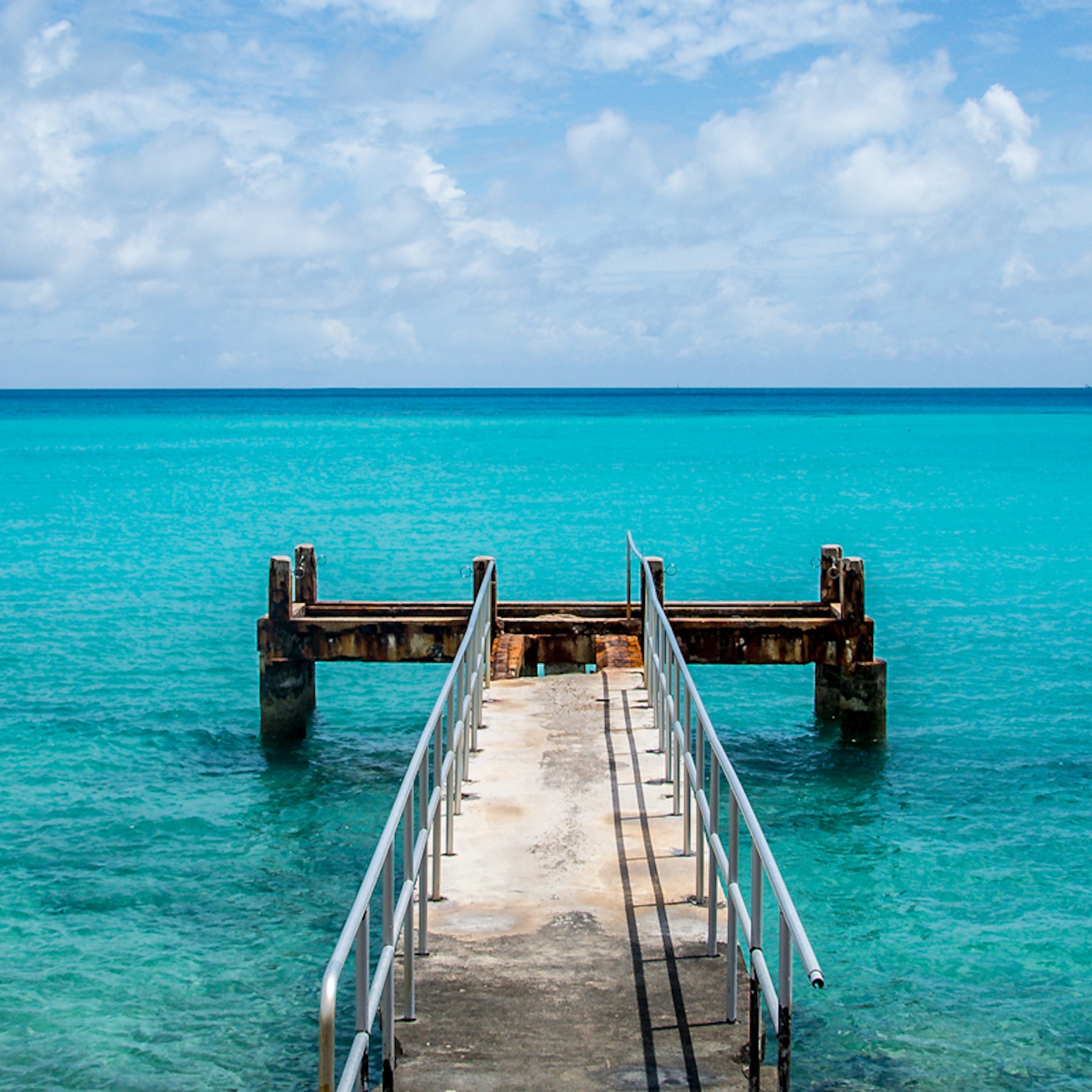 There are many ways in which you can travel the world, but there’s nothing quite like sailing around some of the world’s most remote locations, experiencing places and people that few others have ever seen. From remote villages in the Amazon to tiny islands in the Arctic, have a read through eight of our favourite, bucket list worthy boat journeys to embark on around the globe. 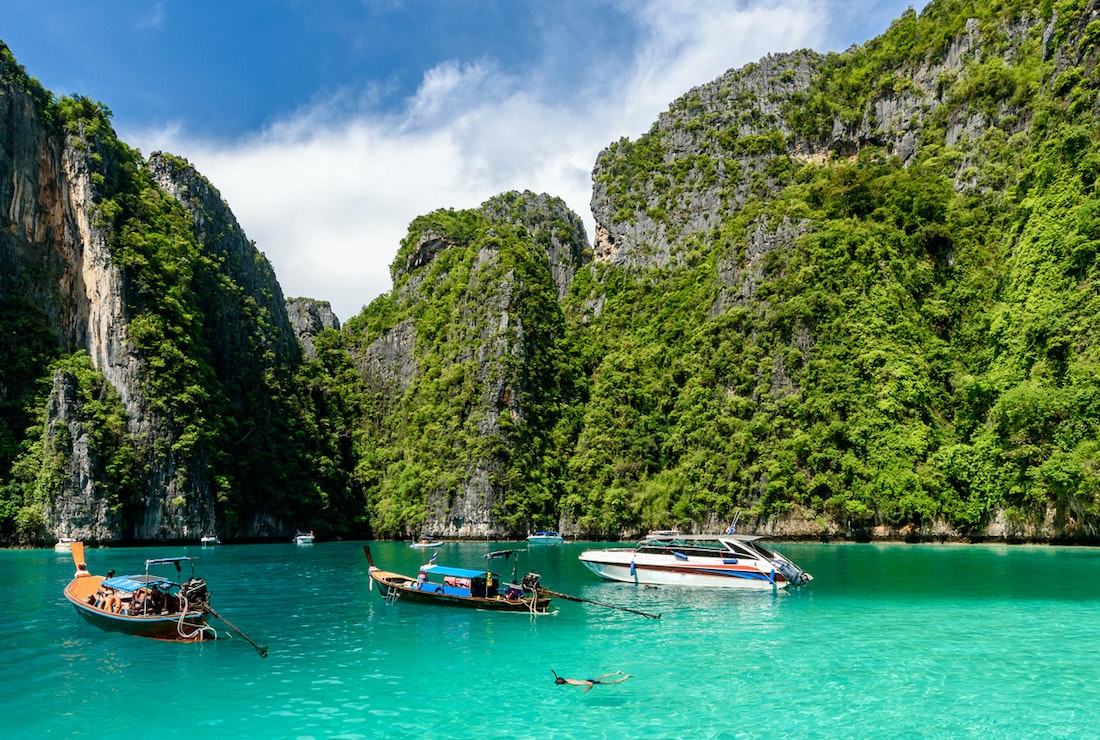 Comprising around 800 rugged green islands (some are small rocky outcrops, others larger than Singapore), much of the Mergui Archipelago remains completely uncharted, unnamed and uninhabited. Extensive in its isolation (covering roughly 14,000 square miles) and having only opened to international tourism within the last twenty years, almost all of the islands within this tropical island system are untouched.

Conditions for sailing are best between November and April – warm weather, steady wind, and calm waves – but the layout and size of the archipelago provides hundreds of protected anchorages for any season, so you can live out your Robinson Crusoe fantasy year-round.

The indigenous fishing folk, the modest Mekon (also known as sea gypsies) are likely to be the only other people you cross paths with while exploring this achingly beautiful archipelago aboard a luxury yacht. If you do meet a Mekon fisherman, he’ll be quite happy to sell you his catch of the day, so you can enjoy the freshest seafood dinner possible, whether in five-star comfort on board, or on the softest white sand carpet on a deserted beach. Wildlife is highly prevalent above and below the waves; hornbills and sea eagles circles the trees above gibbons, pythons and huge monitor lizards, while spectacular diving opportunities abound in the warm waters. 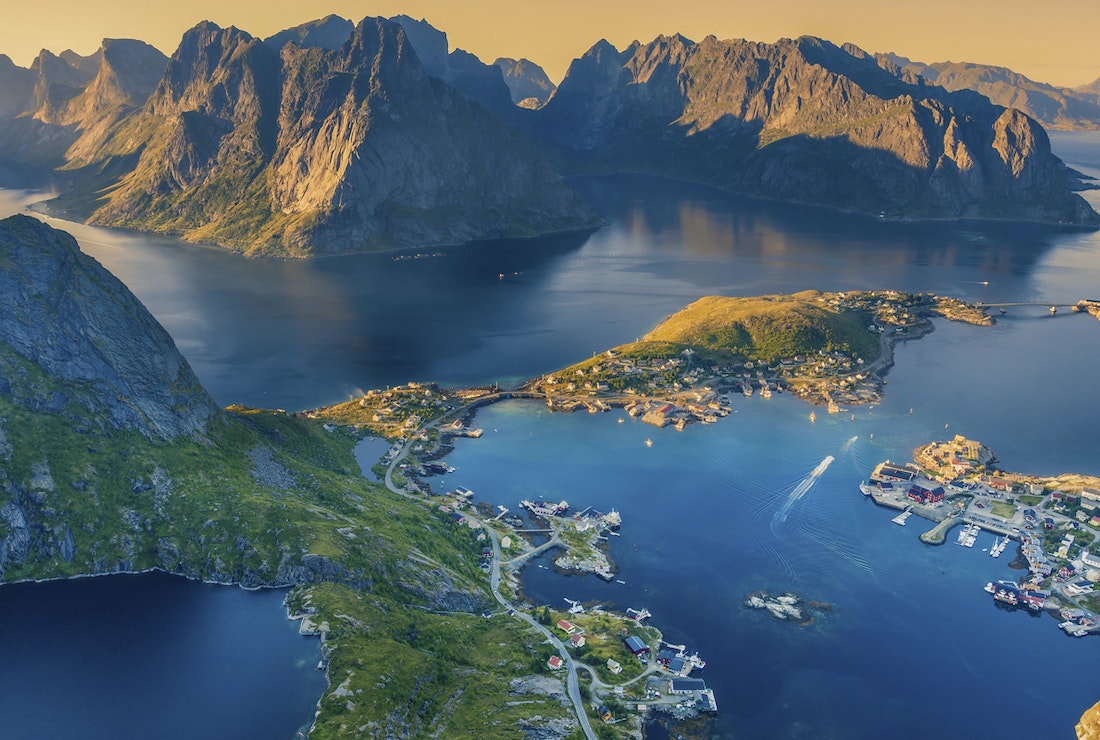 For an active Arctic adventure, look no further than the Lofoten Archipelago.  The jagged islands and rocky fjords curve above the Arctic Circle, and the pristine powder and frozen landscape create the perfect polar playground for winter sports – you’ll also be in the prime position to spot the Aurora Borealis. The best bit? Orcas frequent these icy waters, so from your boat you can don a dry suit and snorkel with these majestic creatures.

You’ll stay aboard a converted Scandinavian fishing trawler, luxuriously remodelled with all modern conveniences while maintaining her original charm. Try your hand at Fjord skiing – start at the water’s edge as you strap on your skis and trek up (you’re hundreds of miles from the nearest ski lift, after all) to take in the most incredible panoramic views of the winter wilderness. Descend the steep slopes, dropping sharply back down to the icy waters, and the boat will pick you up and sail you to the next starting point. Sailing the archipelago, surrounded by icy peaks and frozen mountains in search of untouched snow is a perfect trip for the Arctic adrenaline seeker. 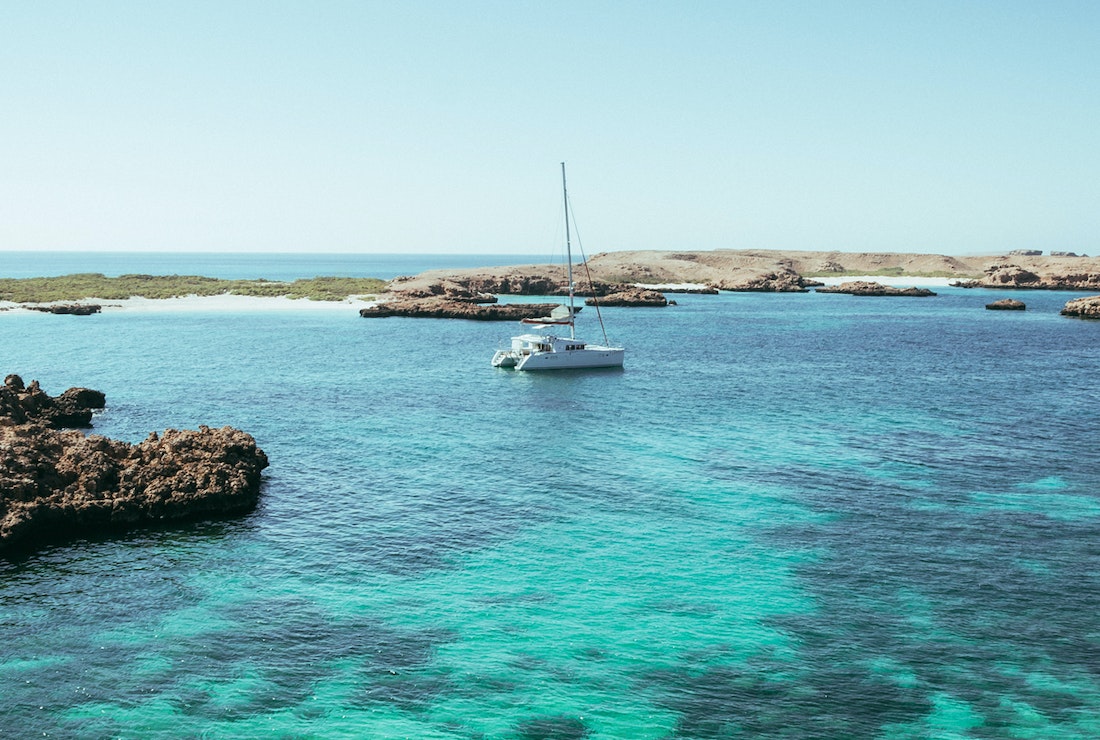 Sleep on deck aboard a luxury dhow in the Dimaniyat islands

Comprising nine uninhabited islands, the UNESCO protected, pristine waters of the Dimaniyats are a paradise for PADI divers. The clear waters and shallow reefs allow for particularly good snorkelling, while more experienced divers will enjoy exploring sheer drops-offs, caves, and an abundance of coral. Whether closer to the surface or in the deep, you will be amazed by the variety of marine life: leopard sharks, barracuda, moray eels, turtles, countless tropical fish species, and if you visit between July and September, the massive whale shark.

Set sail from Muscat aboard the MY Ibra, an 85-foot wooden dhow refurbished to luxurious modern standards with an authentic Arabic feel. Three cabins provide comfortable room for up to six guests, who enjoy the services of an on-board private chef. Cruise along the coast, taking in the dramatic desert scenery – think castle forts perched on coastal cliffs in the shadow of the sun setting behind jagged mountain peaks – before arriving at the Dimaniyat Islands, Oman’s premier diving destination. Your crew will set up a romantic spot on the sand so you can dine under the stars, before you retire on board, anchored among the secluded islands, to wake up to a stunning Arabian sunrise. 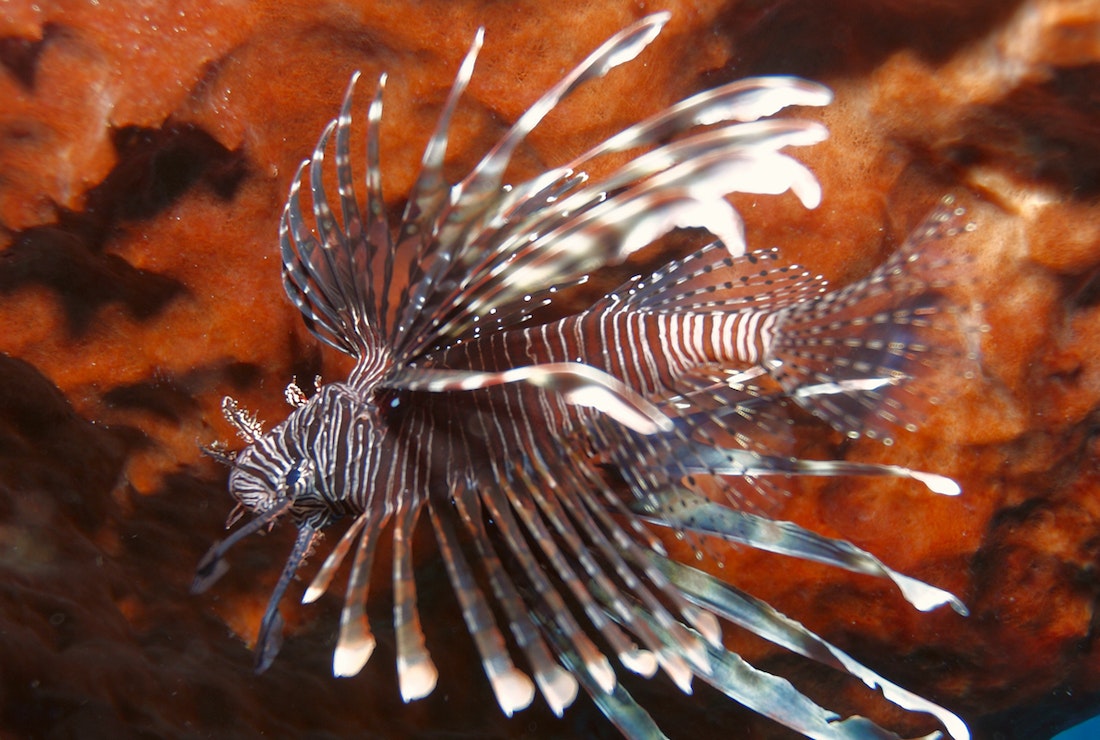 Made up of 20 islands, less than half of which are inhabited, the Alor Archipelago is as remarkable for the diversity of its culture as well as its coral. Roughly 100 tribes, speaking eight languages and 52 dialects, are spread across the string of islands; thanks to their isolation amongst the remote and rugged terrain, they have kept their indigenous traditions very much alive, and give the few visitors to their shores a friendly, curious welcome.

The Alor Archipelago, a group of Indonesian islands stretching east of Bali, Sumbawa and Flores.

During the dry season between May to September

The diving here is world-class: colourful coral gardens, dramatic drops into the deep, large schools – and generally large fish – can be found across the many excellent dive sites across the region. A particular highlight is the opportunity for whale watching; the deep channels and powerful currents between the islands provide a migratory channel for several species, including humpback and pilot whales, and even occasional orca.

White-tip and hammerhead sharks can also be spotted. One of the main attractions to the area is Komba Island, home to the active Batu Tara volcano, which erupts every thirty minutes in a dramatic display of fire and ash. You can take in the show from the boat before descending to dive around the island as the sound of the volcano rumbles around you underwater. Overall, the Alor Archipelago is isolated but accessible, and is perfect for experienced divers looking for a new adventure off the beaten track. 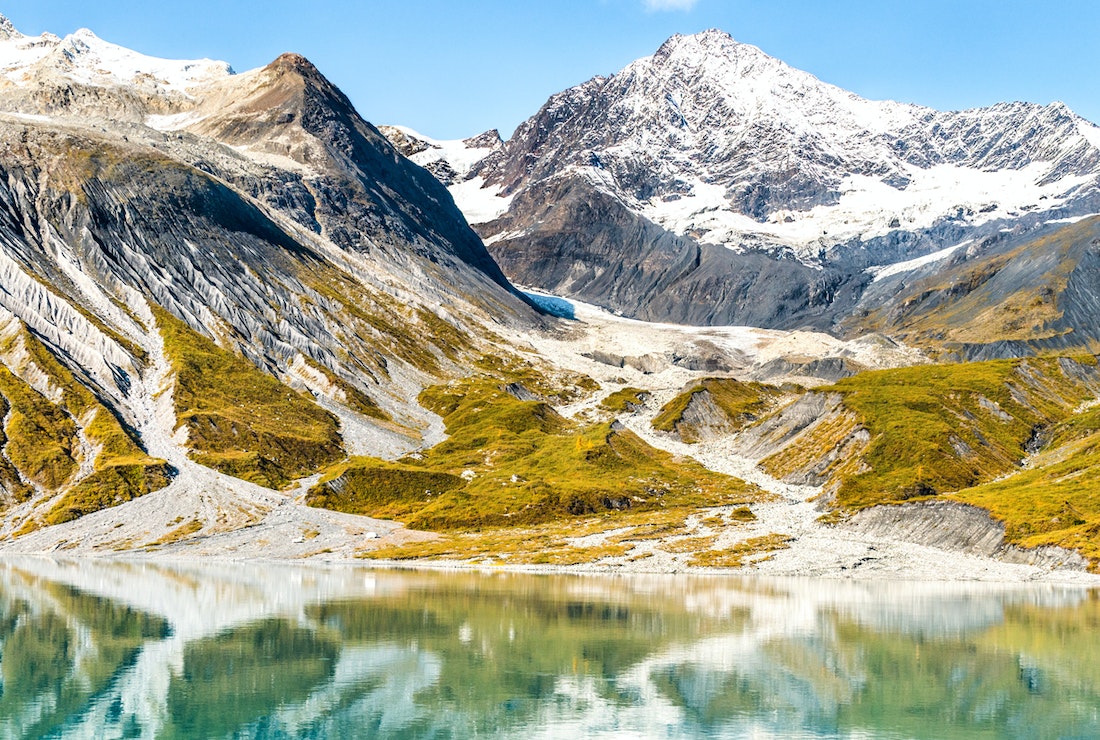 Up to eight species of whale frequent the freezing Alaskan waters at various points throughout the year, and some make their summer home in the dramatic glacial seas of Prince William Sound in the Gulf of Alaska off the south coast. Humpback, minke and orca are particularly prevalent here, grey whales can be seen passing along the coastline on their northern migration, and dolphins and seals can be found frolicking in the waves as well.

The departure point for the cruise passes the Turnagain Arm and Cook Inlet, where a land-based lookout point gives you a great chance of spotting the rare and beautiful beluga whale. Known as “sea canaries” because of their range of sounds and songs, these white whales hunt salmon and squid in the shallow waters near the coast of the inlet, making for great viewing opportunities. The icy calm waters of the Sound have the densest concentrations of tidewater glaciers in the world, making for a spectacular, ruggedly beautiful backdrop to your whale-watching adventure.

The charming cruising yacht is big enough to provide comfortable accommodation and small enough to delicately navigate ice channels and islets that bigger cruise ships are unable to, allowing you to get as close as possible to the cetaceans and the scenery. If you are particularly lucky, you might have a front-row seat to one of the most amazing shows on earth; the lunge-feeding humpback whales, who ‘build’ fishing nets out of bubbles to catch massive shoals of herring, before launching themselves out of the water with their mouths wide open. 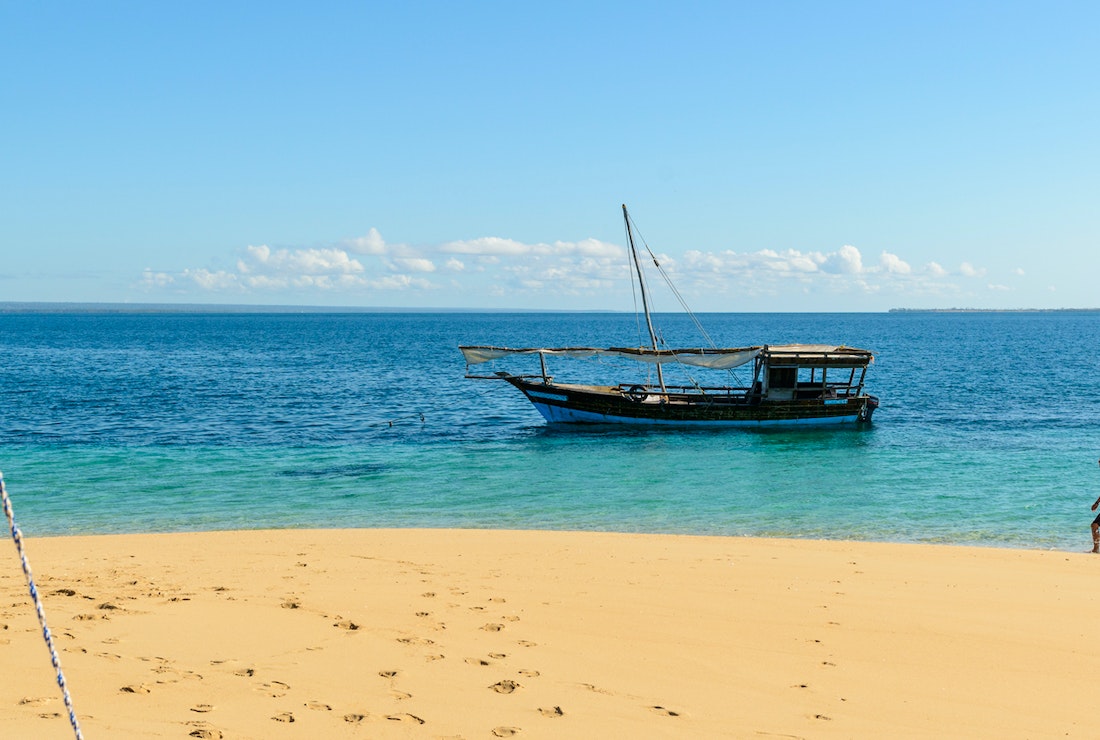 Ibo Island – an idyllic Indian Ocean hideaway – is your base for exploring this largely uninhabited and un-spoilt collection of tropical islands. The island, one of the oldest settlements in Mozambique, was once the trading hub for the archipelago and is bursting with colonial culture and ancient architecture.

The remote Quirimbas Archipelago in the North of Mozambique 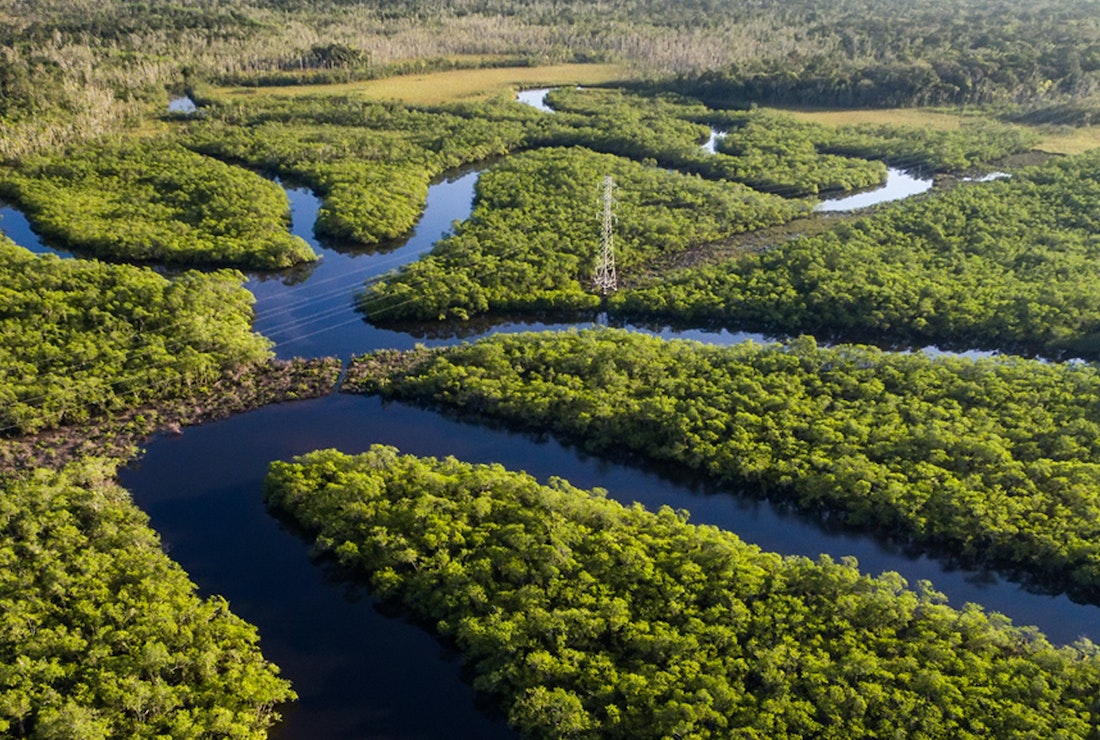 Spot pink dolphins in the Amazon

The Pacaya-Samiria National Reserve in Peru – the largest wetland reserve in the world – is a paradise for nature lovers, and no wonder; known as the ‘Mirrored Forest’ due to the large floods that gather during the rainy season, three river basins join together in the reserve to create a fertile home for hundreds of rare and wonderful jungle species, including the Amazon pink river dolphin, countless bird species and exotic reptiles.

Depart down the river from Iquitos in absolute luxury aboard a stylish, purpose-built 140 ft Amazon riverboat; think sleek spacious cabins with private balconies and floor-to-ceiling windows, fine dining, there’s even a Lecture Room with home theatre system where you can enjoy daily lectures by the resident naturalists. The boat also boasts the biggest observation deck on the river; given the incredible scenery surrounding you at every bend, this is the icing on the cake. Wildlife experts lead daily excursions over land and water, such as kayaking to remote river coves or trekking inland to visit local schools and villages – even piranha fishing, where you can cook your catch of the day for dinner that very evening. 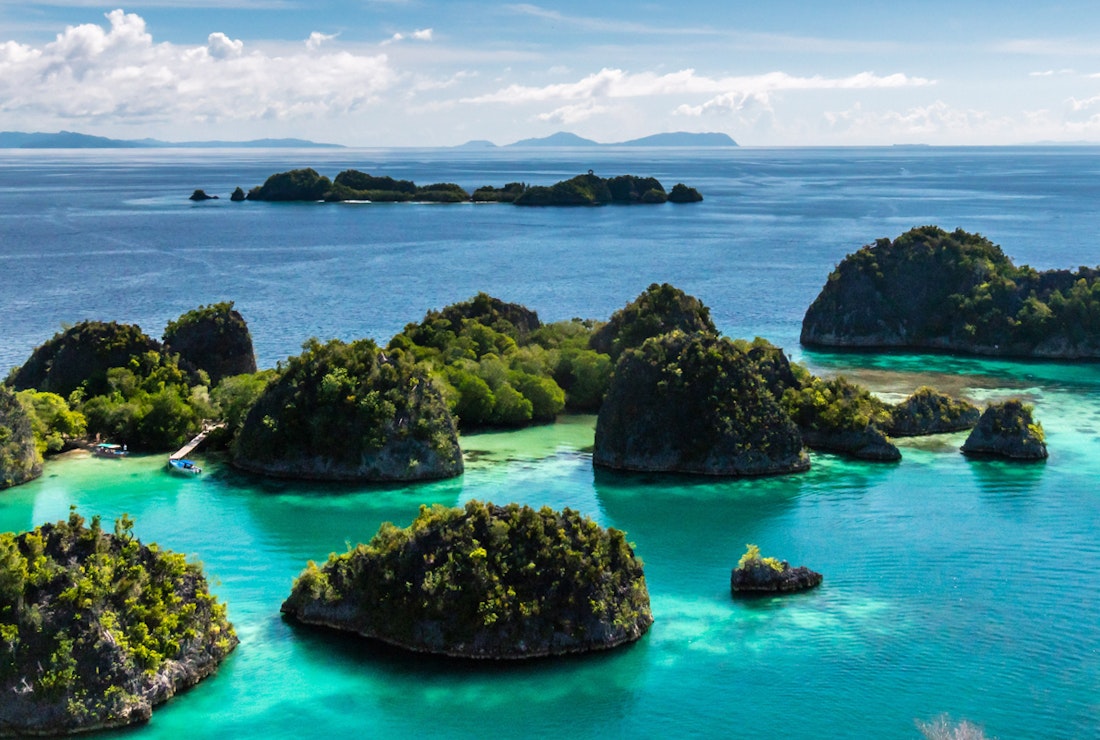 The unique geology and location of Cenderawasih has seen it christened “the Galapagos of Indonesia’s reefs” thanks to its stunning marine diversity, not least the four species of resident turtles: leatherback, green, Pacific Ridley and hawksbill turtles can all be spotted in the turquoise waters, and dolphins and dugongs can be found at several dive sites. Overall, the waters are home to almost 1,000 species of fish and over 500 types of coral – over ten times greater than in the entire Caribbean. There are some dazzling dive sites, thanks to the World War II wrecks that litter the seabed in Manokwari Bay, from large freighters to small patrol boats, teeming with tropical flora and fauna.

January to June, and October

Topping the long list of attractions and headlining the experience, however, is the permanent population of the biggest fish on the planet – the whale shark, whose behaviour in Cenderawasih Bay is unlike anywhere else observed in the world. Usually solitary animals, these gentle giants gather in large numbers year-round and actively approach fishing platforms to feed on the bait nets beneath the surface, circling lazily for hours. The curious creatures seem to enjoy the company of their visitors, swimming into and gulping down the stream of bubbles from scuba tanks, coming in close enough to touch; a true bucket list experience. 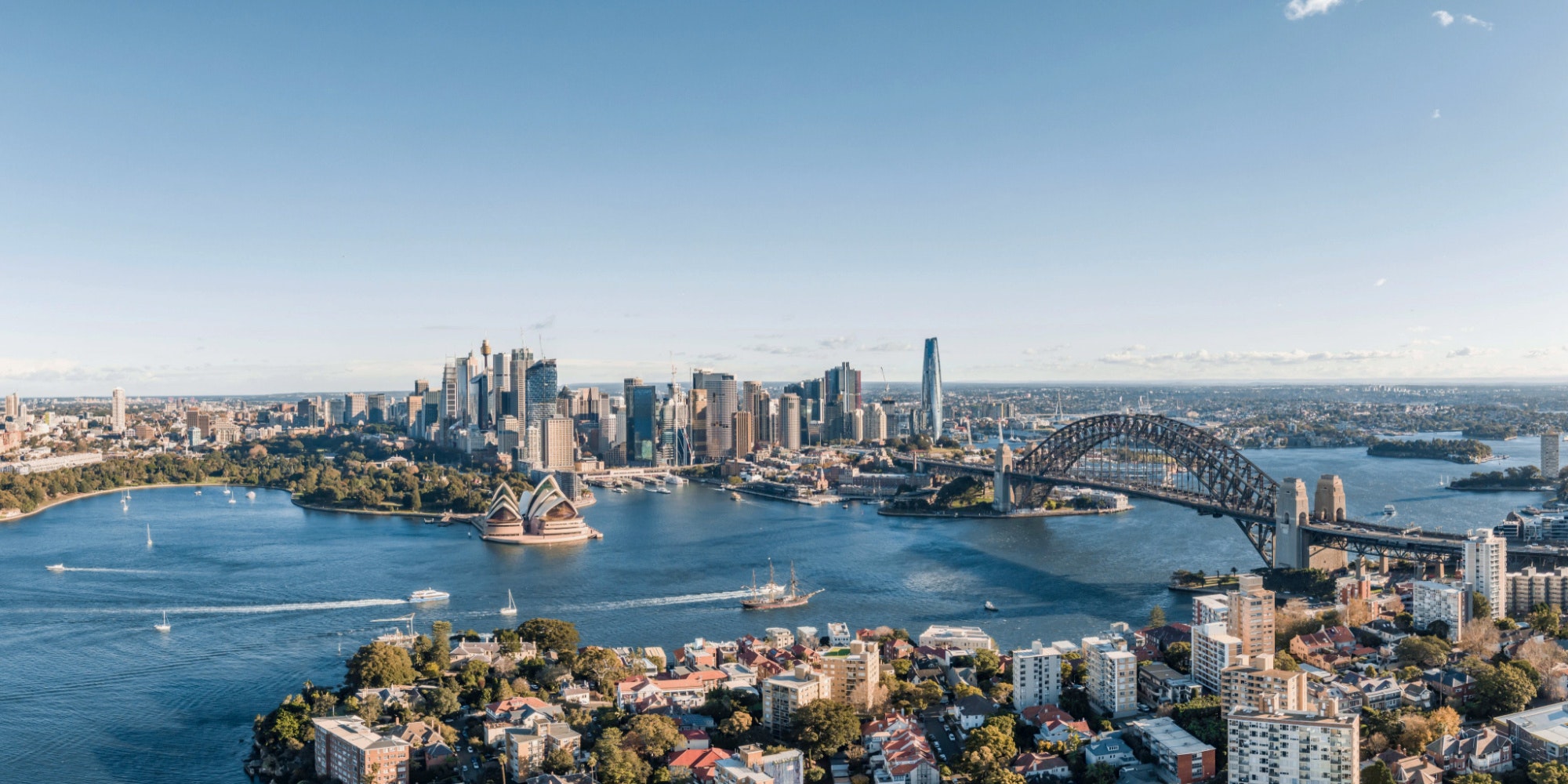 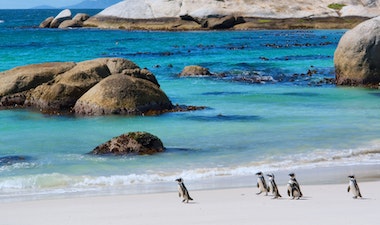 The best vacations for kids 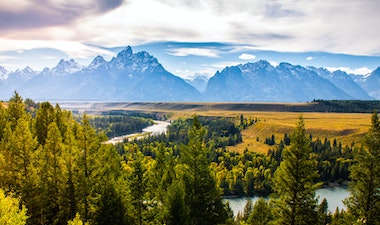 The best family vacations in the US 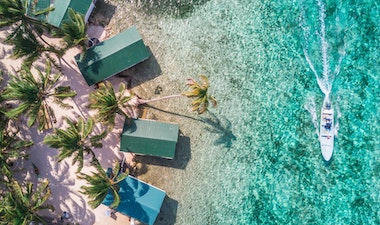 10 top tips for getting away this year 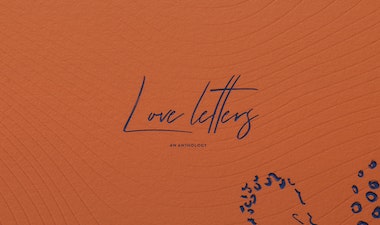 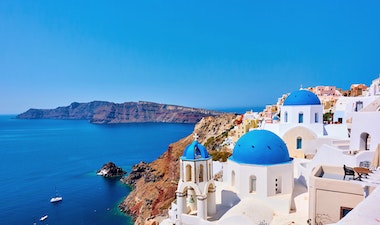