Home / Inspirations / Our guide to Indonesia 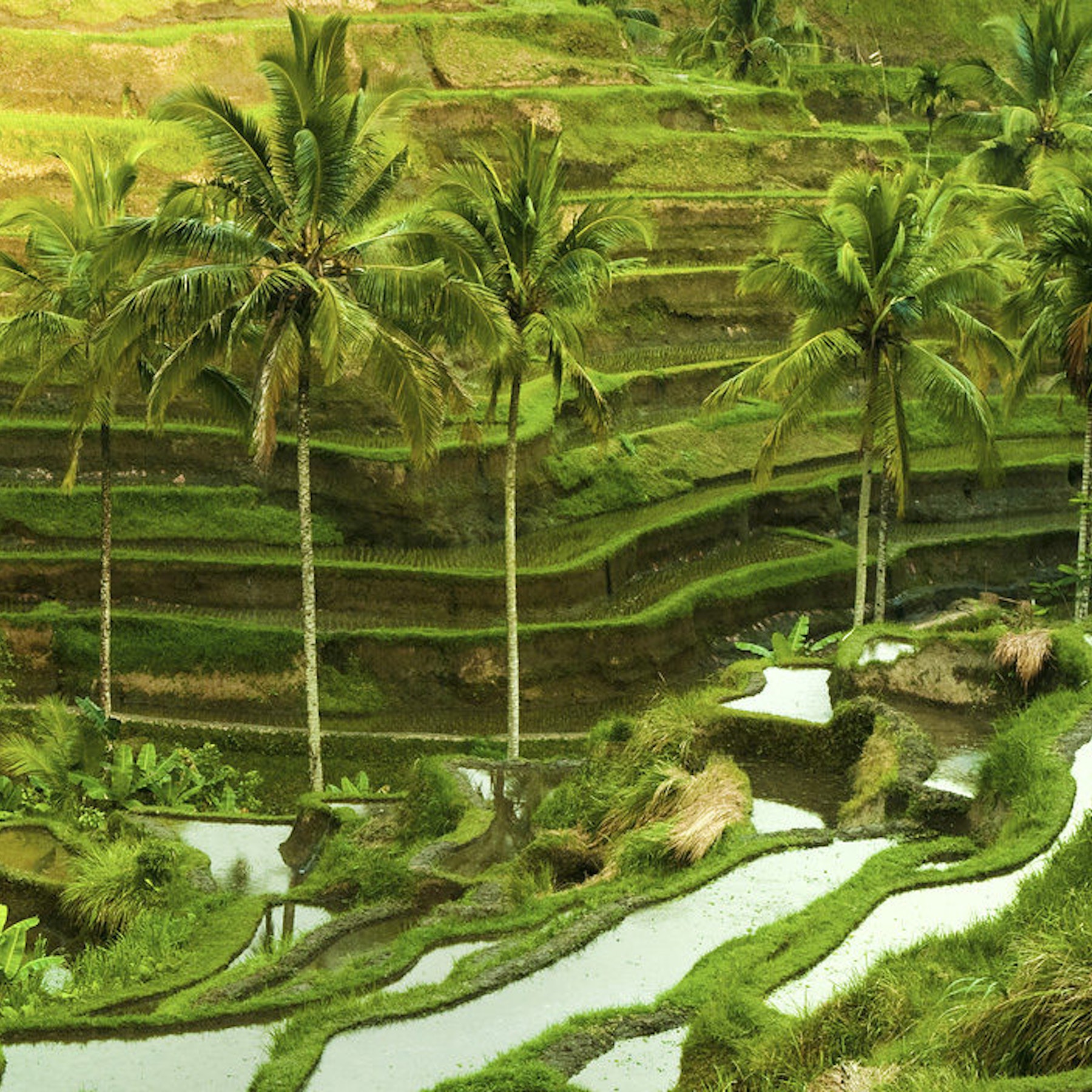 Our guide to Indonesia

Bali needs little introduction; the hedonistic beach haven has been at the top of most traveler’s lists for some time now, and no surprise.

However, Bali is just one of around 17000 islands that make up the immense Indonesian archipelago, and there is as much diversity and variety – social, cultural, and biological – as you would expect to find in such a vast tropical paradise. 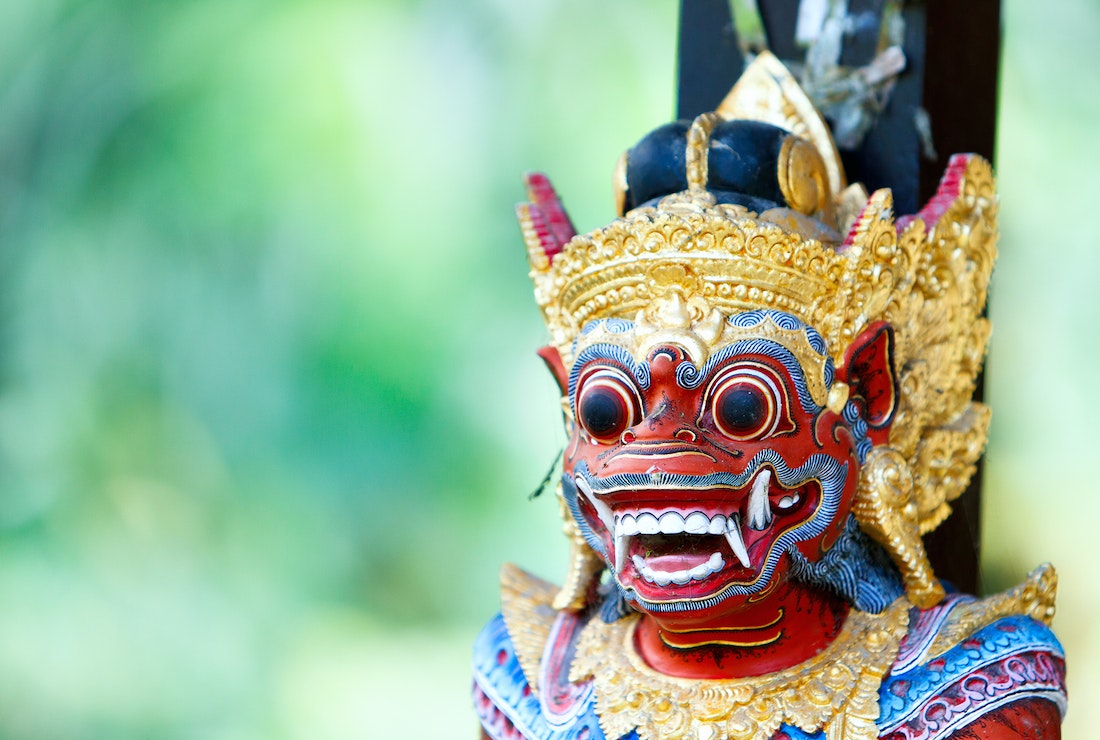 Close up of a traditional Balinese God statue in Bali temple

Indonesia boasts some of the best beaches in the world; from tantalisingly tropical hotspots to secluded shores with dazzling white sand melting into brilliant blue seas, from palm-fringed to pebble beaches, it’s exotic and exhilarating in equal measure.

Pangandaran is one of our favourites, the most beautiful beach on Java where you can watch the sunrise and sunset in the same place. Jimbaran Bay and Canggu Beach are our pick of the bunch of Bali’s world-famous beaches. For laid-back tropical living, go off-the-grid in  Gili Meno or head to the silvery shores of Derawan Beach to spot turtles. Whether you want privacy or parties, socialising or seclusion, there’s a stretch of sand for you here.

Perfect tropical conditions, some 34,000 miles of coastline and southern ocean swells combine to turn Indonesia into a surfer’s playground.

For beginners, Kuta Beach in Bali is a good place to start; the epicentre of surf culture is home to soft breaks, softer sand and several surf schools. Advanced surfers can adventure an hour down to the coast of the Bukit Peninsula, where Padang-Padang pushes even the professionals with its aggressive left break. Desert Point in Lombok features one of the most famous – if fickle – waves in the world, where tube rides of up to 20 seconds are possible.

Seasoned surfers flock to Sumatra, where the Mentawai Islands offer up the most consistent conditions in the country.  With world-class waves, enough barrels and breaks to engage all levels of experience, and the laid-back beach backdrop, it is little wonder Indonesia is a mecca for surfers the world over.

Under the sea, Indonesia is a PADI diver’s paradise offering some of the most spectacular scuba on the planet. It is right in the middle of the ‘Coral Triangle’, an area itself recognised at the global centre of marine biodiversity. Its 34,000 miles of tropical coastline contain about 20% of the world’s coral reefs, deep trenches and shimmering shallows, volcanic ridges, World War II wrecks, and some of the most diverse marine life in the world, counting over 3000 different species of fish – twice that of the Great Barrier Reef.

For experienced open-water divers, we recommend checking out a liveaboard in the remote Raja Ampat, a paradise in West Papua. Over 1200 fish and 600 coral species call this area home, the greatest proportion within the Coral Triangle (and therefore the entire world), making this simply one of the best dive spots on earth, with scenery as varied as the species: think tunnels, trenches, caverns and coral gardens.

Beginners should start with shore-based diving off Bali and enjoy the incredible island scenery above and below the surface, exploring coral reefs against a dramatic backdrop of mighty volcanoes and massive rice paddies.

Aquatic adventures abound across the archipelago; from the Bunaken Islands, whose crystal clear waters are home to five species of sea turtles and the increasingly endangered dugong; to Belongas Bay in Lombok, whose exposure to the open sea attracts bigger fish such as hammerheads, reef sharks and barracuda; to swimming with whale sharks in Cenderawasih Bay and manta rays in Komodo National Park.

With the staggering diversity of marine life, variety of dives to suit all abilities and tastes, all from the shores of an idyllic island paradise, we’re sure you’ll find an excuse to keep coming back for more. 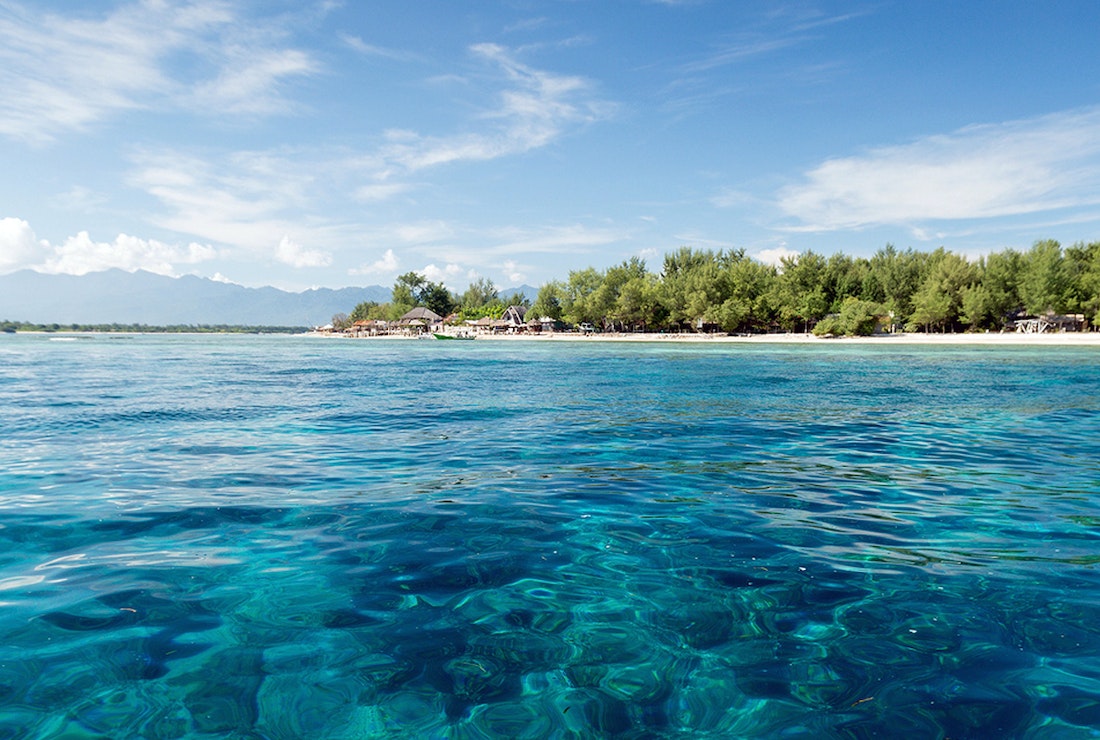 Onshore, Indonesia can also boast of its biodiversity, counting eight UNESCO World Heritage sites within its borders; the varied terrain – rainforests to rice terraces, mighty volcanoes to misty valleys and meandering rivers – is home to thousands of exotic species.

Some of the most unique flora and fauna on earth can be found across the archipelago, from the eponymous reptile residents of Komodo Island to the last orangutans found in the wild in the forests of Sumatra and Borneo. These equatorial island forests are also home to the endangered Sumatran tiger and rhinoceros, pygmy elephants and proboscis monkeys. In fact, Indonesia counts the highest number of mammal species by country – over 600 – in the world.

Komodo Island – home to the legendary dragon, the largest lizard in the world – is a rugged, fiery land, with rusty-red volcano peaks towering above coastal mangrove forests. Indonesia is home to 167 active volcanoes, far more than any other country. Earthquakes and eruptions are occasional headlines in Sumatra, much of whose diverse interior – the only place on earth where elephants, tigers and rhinos live together – is yet to be explored.

Elusive leopards and sun bears can also be found within its forests. Famous for its wild beauty, our favourite Sumatran spot has to be Danau Toba, the largest volcanic lake in the world and an excellent escape away from the madding crowds.  On Sulawesi, the thick green jungle of Bantimurung Nature Reserve is home to thousands of exotic butterflies, and the Tangkoko National Park is the place to spot the tarsier, the smallest primate in the world.

Papua is the best place for birdwatching, counting almost 700 exotic species.  From the tops of the trees to the bottom of the seas and everywhere in between, Indonesia is an unbelievably vast and varied destination for eco-tourism. 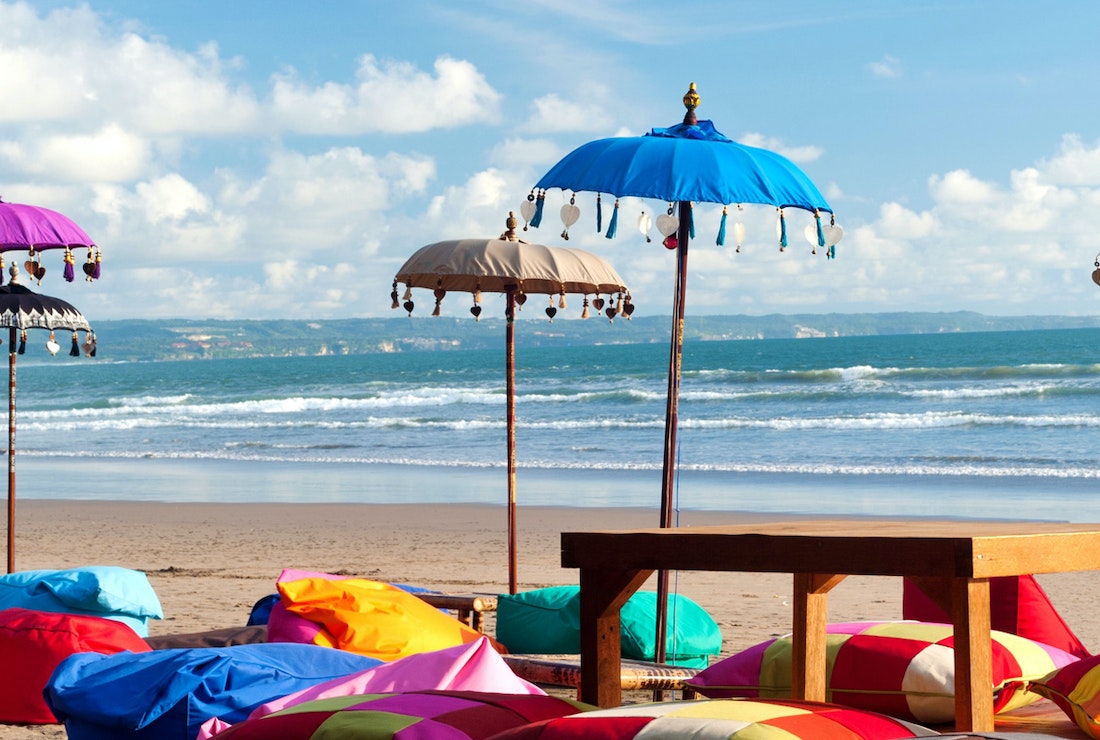 Indonesia’s culture is as diverse as its countryside and as colourful as its coral reefs; there are six officially recognised religions and a number of ancient animist traditions practised by the indigenous or isolated islanders. Home to the world’s largest Muslim population as well as the only Hindu society in South East Asia (in Bali and Java), as well as a number of tribal peoples, Indonesia is a melting pot of tradition, religion, and culture, reflecting the diversity of its long history.

Bali is the body of Hinduism in Indonesia, and Ubud is its cultural heart; although touristy, tradition still rules, and temple festivals are hosted almost daily, featuring classical dancers and musicians. Colourful and creative, focusing on artistic pursuits, Ubud boasts the best art galleries and museums on the island, as well as numerous craft shops lining the central marketplace. It is also renowned as a destination for spiritual and wellness tourism, offering various yoga retreats and healing therapies. Bali’s surf culture attracts its own dedicated following, who worship the sea and sun gods in their own special way …

Indonesia also boasts the biggest Buddhist monument in the world: the mighty Borobudur temple complex in central Java, one of the world’s greatest ancient structures. The stones tell the story of the Buddhist universe in awe-inspiring attention to detail with carved illustrations and inscriptions, and hundreds of distinctive stupas.

Indonesia’s colonial legacy is likewise a favourite for culture-seekers; from maritime museums to heritage hotels, forts and churches, plenty of relics from the Dutch trading days still litter the coast. Jakarta Old Town is a particularly popular destination.

On Sulawesi, the mountain-dwelling Toraja folk offer visitors a window into a quite unique tribal culture, most famous in particular for their epic funeral celebrations which can last for over a week. 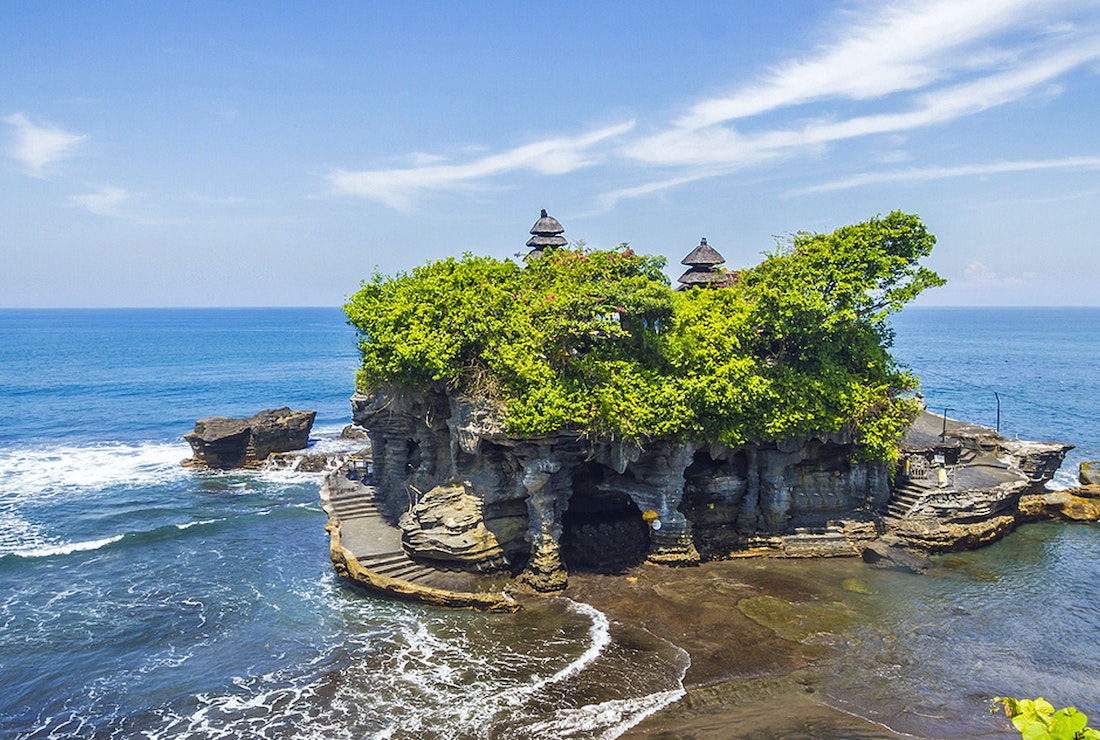 Indonesia is a fascinating cultural patchwork of tribes and traditions, history and hedonism, and we love the variety. Visitors are spoilt for choice across the archipelago, whether they’re seeking sun, solitude or to socialise.

If you’re a surfer or a scuba diver, off-the-coast adventures abound; nature-lovers and eco-tourists will marvel at the staggering diversity of flora and fauna; active types will relish inland expeditions and volcano trekking; culture-seekers can explore monuments to centuries of history spanning several religions and influences; those looking for more isolated indulgence can enjoy some of the finest five-star accommodation on some of the most beautiful beaches in the world. 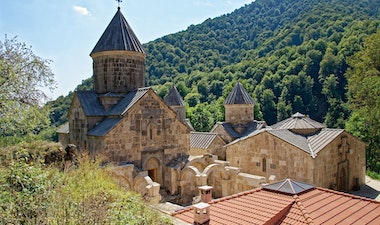 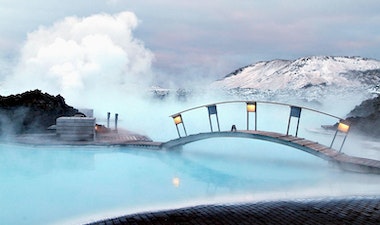 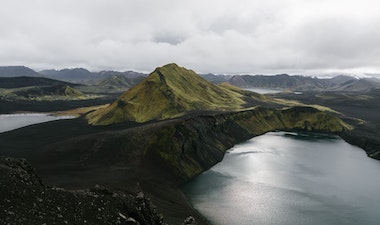 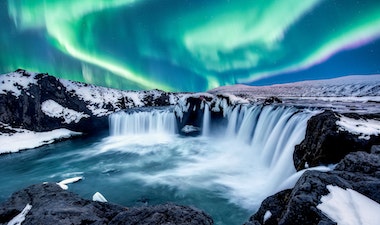 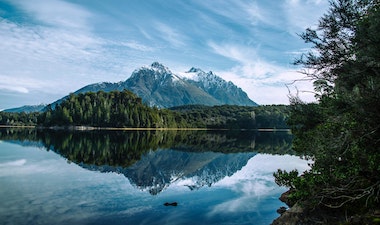 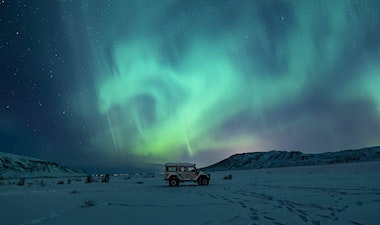