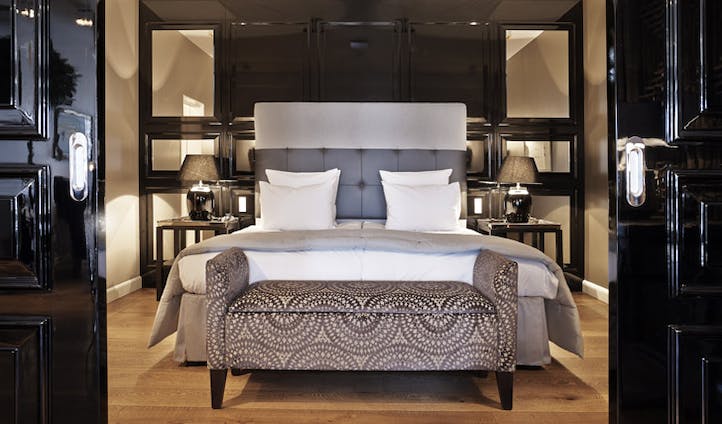 Executive Suite at the Nimb 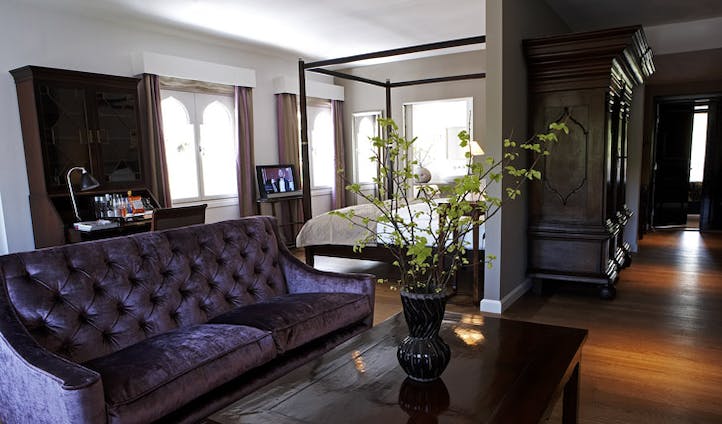 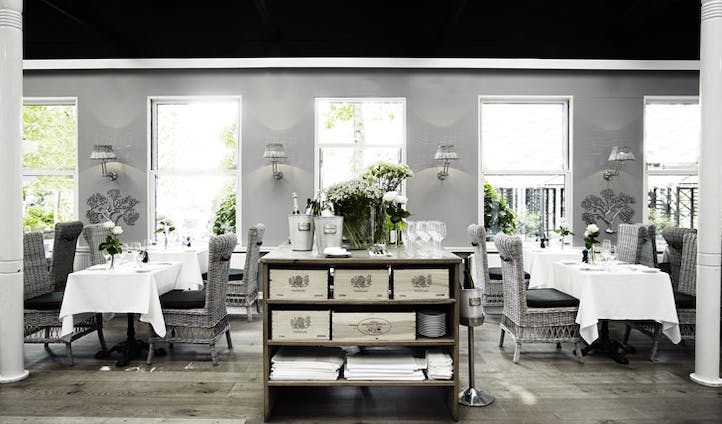 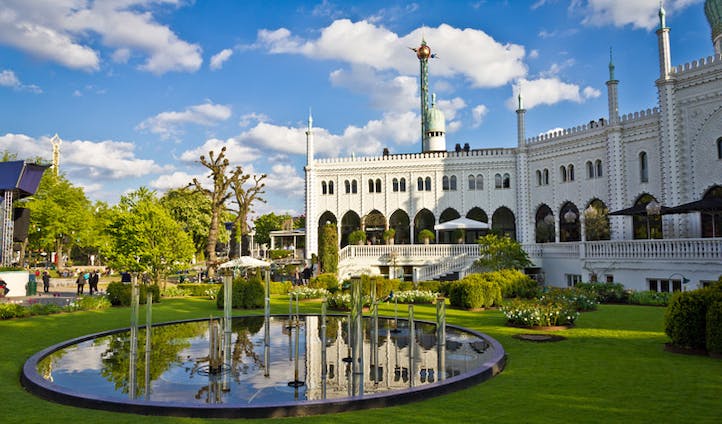 A luxurious retreat in the midst of one of our favorite European cities. The 17 rooms of Nimb Hotel are all individually decorated to make you feel at home. From the outside it looks like a Far Eastern Palace, but once inside the plush furnishings and open fireplaces make you feel like you’re in a Scandinavian castle. Nimb Hotel is superbly located to allow you to explore the city by foot, or hop on one of the hotel’s bicycles and feel like one of the locals.

Situated in front of the beautiful Tivoli Gardens in the center of the city, there is much to explore in the Nimb Hotel’s vicinity. Walk up the Round Tower for spectacular views, visit the Carlsberg Glyptotek for your dose of art and float along the canals in a boat to see the city’s iconic waterfront. For the sights a little further afield go by bike. You’ll be able to visit Edvard Eriksen’s Little Mermaid statue based on the fairy tale by Hans Christian Andersen and pass through Copenhagen’s Freetown, Christiania.

In 2012 Copenhagen was home to the best restaurant in the world, Noma. Though it’s now slipped into second place, it’s definitely worth a visit. Ingredients are strictly sourced from the local area, and some are even foraged. This allows the restaurant to represent the Danish landscape and culture through its food. Delish. Of course, the Nimb Hotel also has its own Brasserie which serves European classics with a modern twist. The pair are fantastic, so you really should sample them both.

Each of the Nimb Hotel’s rooms, 12 of which are suites, are uniquely decorated to make you feel at home. In a traditional, Scandinavian design, one-off antiques and handpicked pictures decorate the rooms. The bathroom comes ready with luxurious AESOP bath products and an in room massage service can be ordered to removes those knots from traveling.

The location of the Nimb hotel cannot be faulted. It’s right in the hubbub of the city. Even better, it’s practically in the Tivoli gardens. An amusement park and pleasure garden opened in 1843, it is the second oldest amusement park in the world. Definitely not just for kids, there are 5 rollercoasters, many other rides and operas, ballets and shows which change seasonally. You can spend the whole day here and on into the night, then it’s just a small jump back to your hotel.

The Bridge: Denmark and Sweden