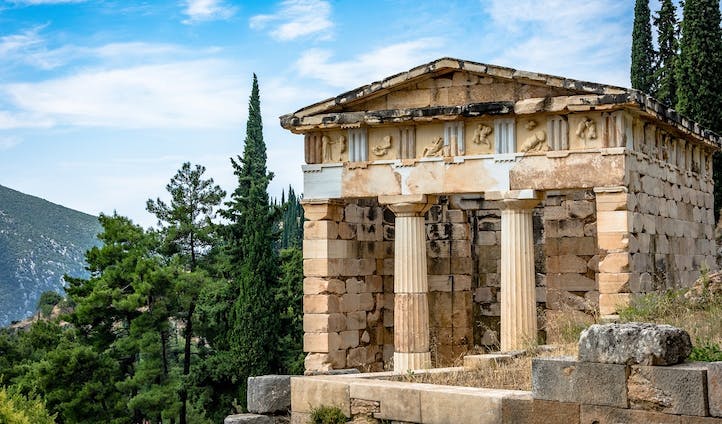 Trace history through Delphi on an ancient Greek adventure 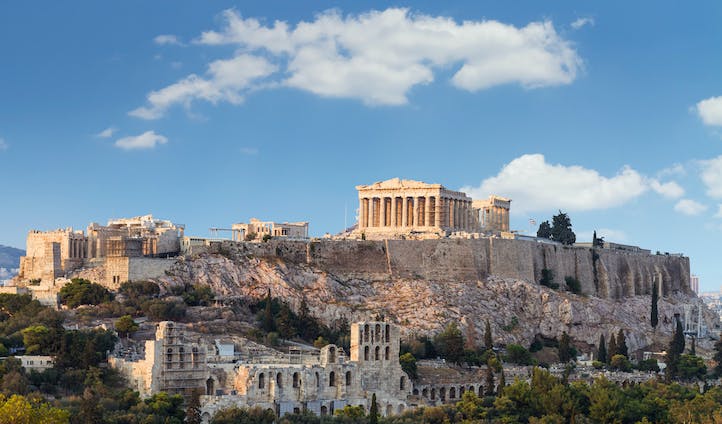 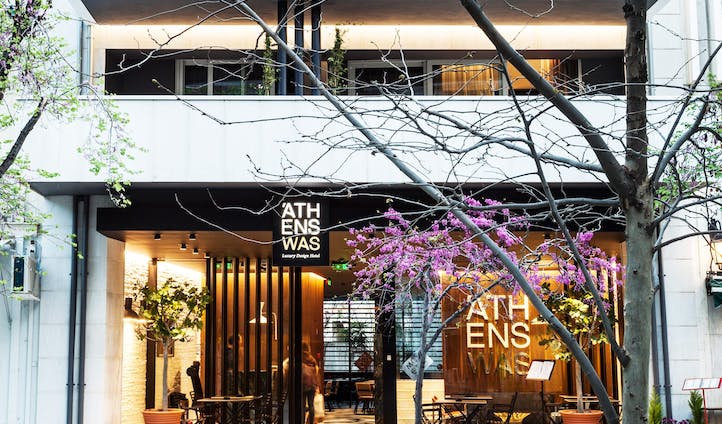 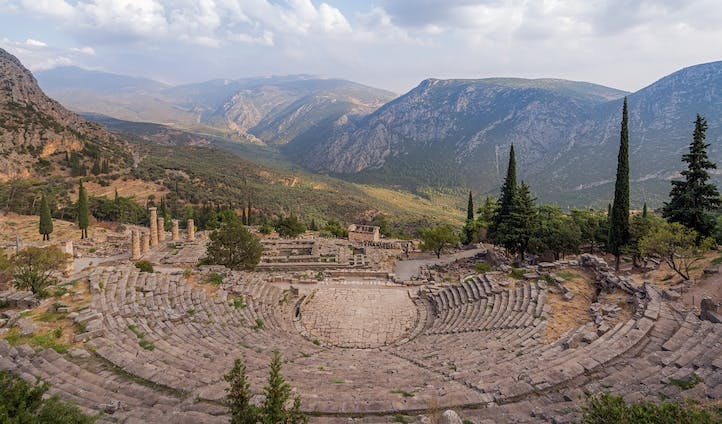 A view onto millennia gone by at Delphi 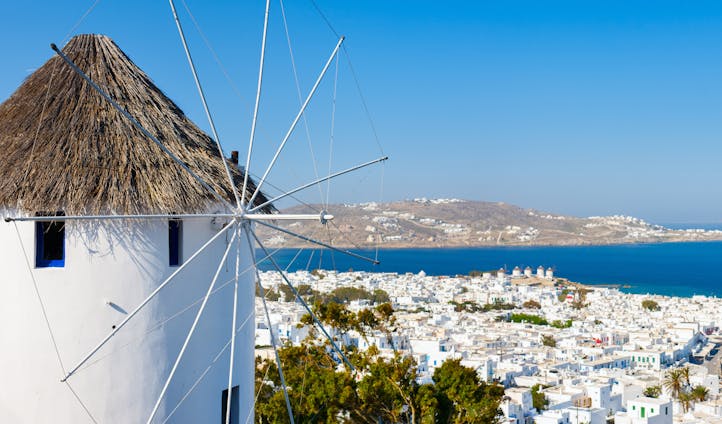 Explore the charm of Mykonos 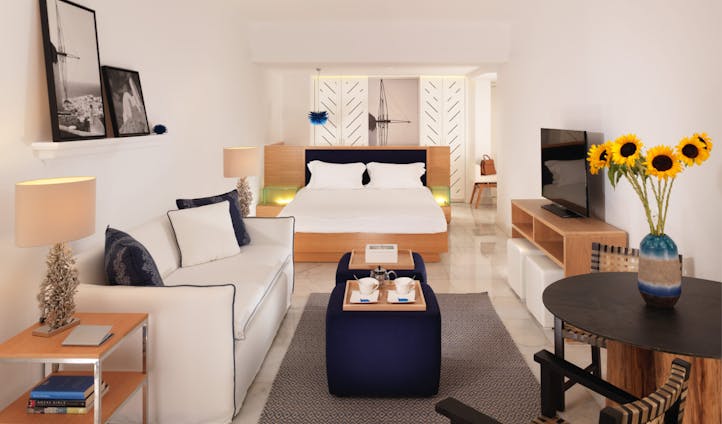 Sleep in style at the Mykonos Grand 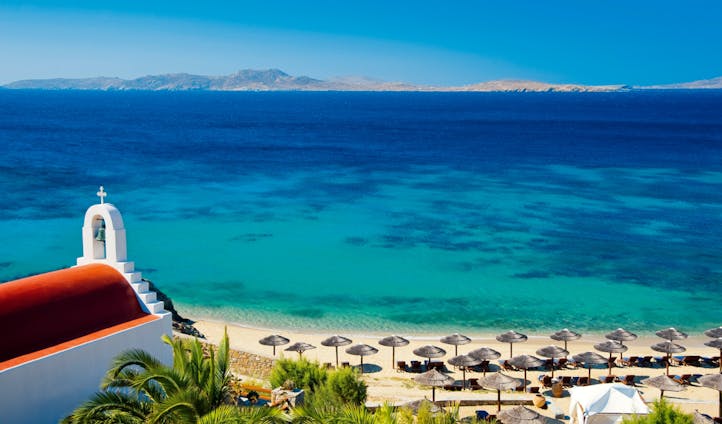 Relax on the beach at the Mykonos Grand 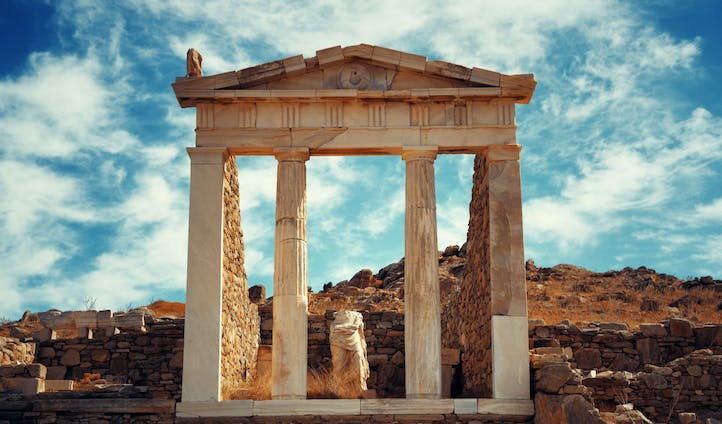 Explore Delos, the archaeological jewel of the Cyclades 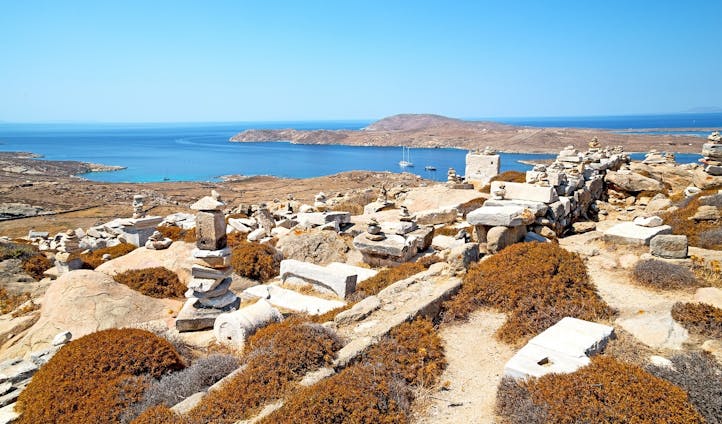 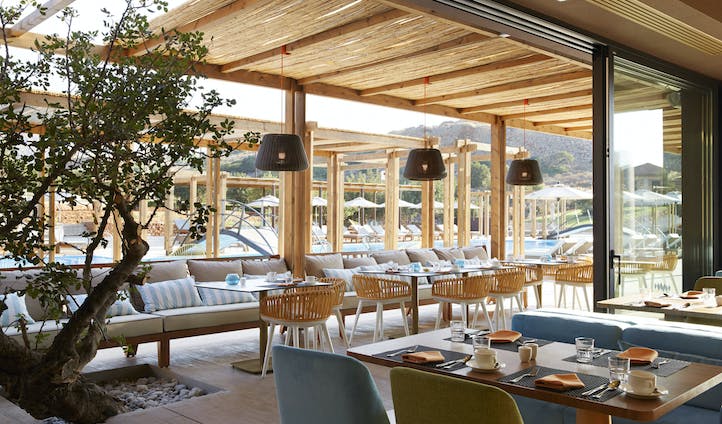 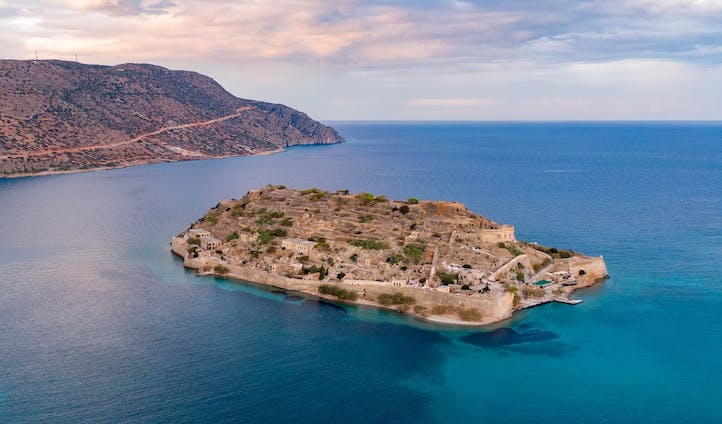 Take a traditional fishing boat out to the island of Spinalonga 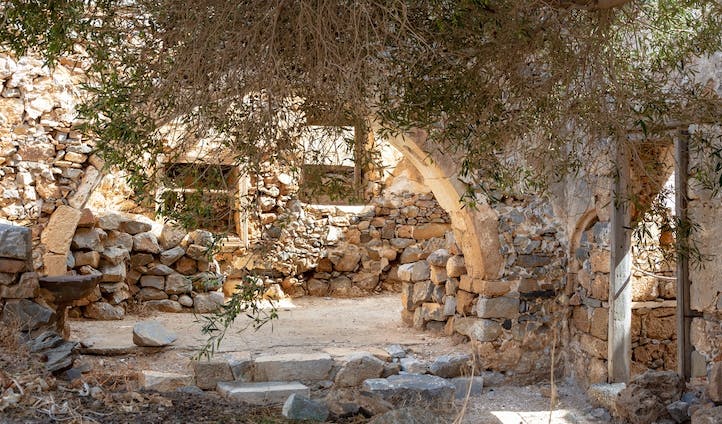 Step back in time on the island of Spinalonga 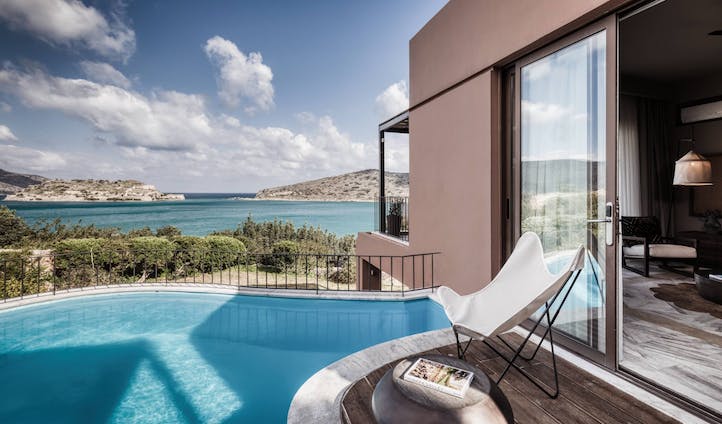 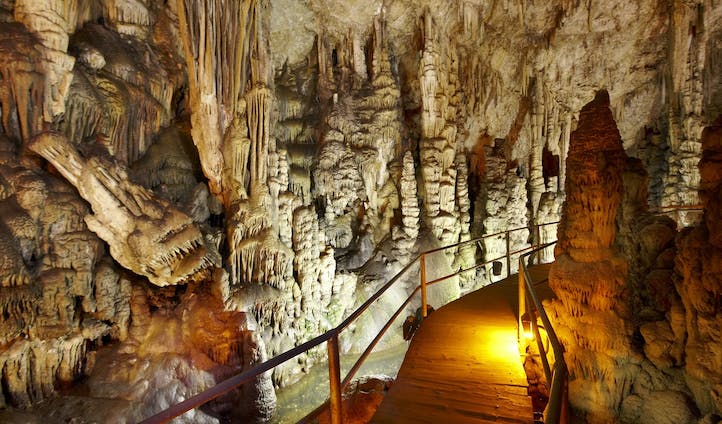 Journey through the captivating interiors of the ancient cave of Zeus

Ancient ruins are the backdrop to venturesome days and peaceful evenings on this jam-packed family getaway in Greece. Our Travel Experts, with their families in tow, have perfected this Greek odyssey that’ll immerse you in welcoming cities, white stone ruins and secluded isles. From adventurous outings uncovering the myths and mysteries of ancient Greece to days spent unwinding on sunny sandy beaches, this trip – which will take you from Athens to Mykonos to Crete – has something for everyone. As ever, it’s adaptable to suit families of all shapes and sizes, ensuring your trip is totally tailored to you. Every family is different, after all.

Your first stop is Athens: an ancient place with a modern heart. Iconic archaeological sites go hand-in-hand with a succession of effortlessly chic restaurants, shops and hotels here. You’ll feel this duality immediately checking in at AthensWas, your home for the first four nights. Situated on a beautiful pedestrian street with boutiques, local tavernas and snaking side streets aplenty, AthensWas oozes contemporary cool.

You’ll be fully immersed in the historical remnants of Greece’s glorious past, firstly on a private day tour of Argolis, including a visit to the theater at Epidaurus – one of the best preserved classical Greek buildings still used today, famous for its astonishing acoustics. The following day, after a scenic drive through mountains and fertile valleys of olive groves, you’ll arrive at Delphi – a UNESCO-listed archaeological site. Considered the ‘center of the world’ in ancient Greece, your private guide will walk you through the Temple of Apollo and the Navel of the Earth, before you discover long-lost wonders together at the Delphi Museum.

The next day, you’ll embark on an interactive family tour of the world-famous Acropolis, discovering its history from a mythological perspective, through the stories of Greek gods, goddesses and heroes. You’ll then say goodbye to Athens, but it doesn’t end here, as you jump on a quick flight over to the mystical island of Mykonos in the heart of the South Aegean.

Unwind on the beautiful beaches of Mykonos

Landing in Mykonos, you’ll be welcomed by an island of bright blue waters and al-fresco tavernas, with a history as rich as that found across the rest of Greece. You’ll spend three  nights here at the Mykonos Grand Hotel. Set on the secluded Ayios Yiannis beach, there’ll be plenty of time here to enjoy some relaxation together – imbibing the carefree, bohemian vibe Mykonos is famous for. Take a cooling dip in the tranquil sea, doze off under the warmth of the afternoon sunshine, or even take a family yoga class in the open air to refresh your minds and bodies.

You’ll also venture out for the day by private yacht to see first-hand where the ancients lived on a tour of Delos – the archaeological jewel of the Cyclades. And, if you’re feeling like a challenge, the top of nearby Mount Kythnos boasts spectacular views over the island, sea and site for those who make the climb. There’ll also be a delicious lunch on board, as well as snorkelling equipment if you feel like seeking out some sea creatures. You’ll then return to the hotel for some downtime – making the most of your suite’s very own steam cabin and infinity pool – as it’ll soon be time to journey over to Crete.

Exclusivity and exploration in Elounda

Arriving at Heraklion, it’s a short drive to Elounda on the northern coast of Crete: one of Greece’s most exclusive destinations. You’ll spend your final four nights staying at Domes of Elounda. This hotel exudes all the rich detail of the past in the light of the modern day. Its bespoke approach puts particular emphasis on its younger guests – and not just through tailored menus and dedicated facilities, but through carefully curated experiences too, making this the perfect place to base yourselves.

After settling in, you’ll head out to gain a rare glimpse into Minoan civilisation on a tour of the Palace of Knossos and explore the fascinating historical center of Heraklion city.

The Ancient Cave of Zeus

The following day, you’ll embark on a mountain road trip to the ancient cave of Zeus. Sprinkled with charming villages and working shepherds, the mystical lands you pass along the journey will make you feel like you’re back in ancient Greece. Reaching the cave by hiking – or hitching a ride with a donkey – alongside your private guide, you’ll feel utterly in awe of its towering rocks, mystical energy, and captivating history. You’ll then enjoy a spot of lunch in a traditional tavern up on the mountains, with delicious dishes baked in the wood-oven by Grandma Niki.

Before you depart, there’s time for one last adventure. Boarding a traditional wooden fishing boat, you’ll sail to the island of Spinalonga, where those suffering from leprosy were quarantined until 1957. Learn about its long and varied history, before heading back towards land. The town of Agios Nikolaos awaits, for a stroll around its charming center, with colorful cafes and quaint little shops – it’s a beautiful place to end your Greek adventures. But we’re sure you’ll be back for more, in time.