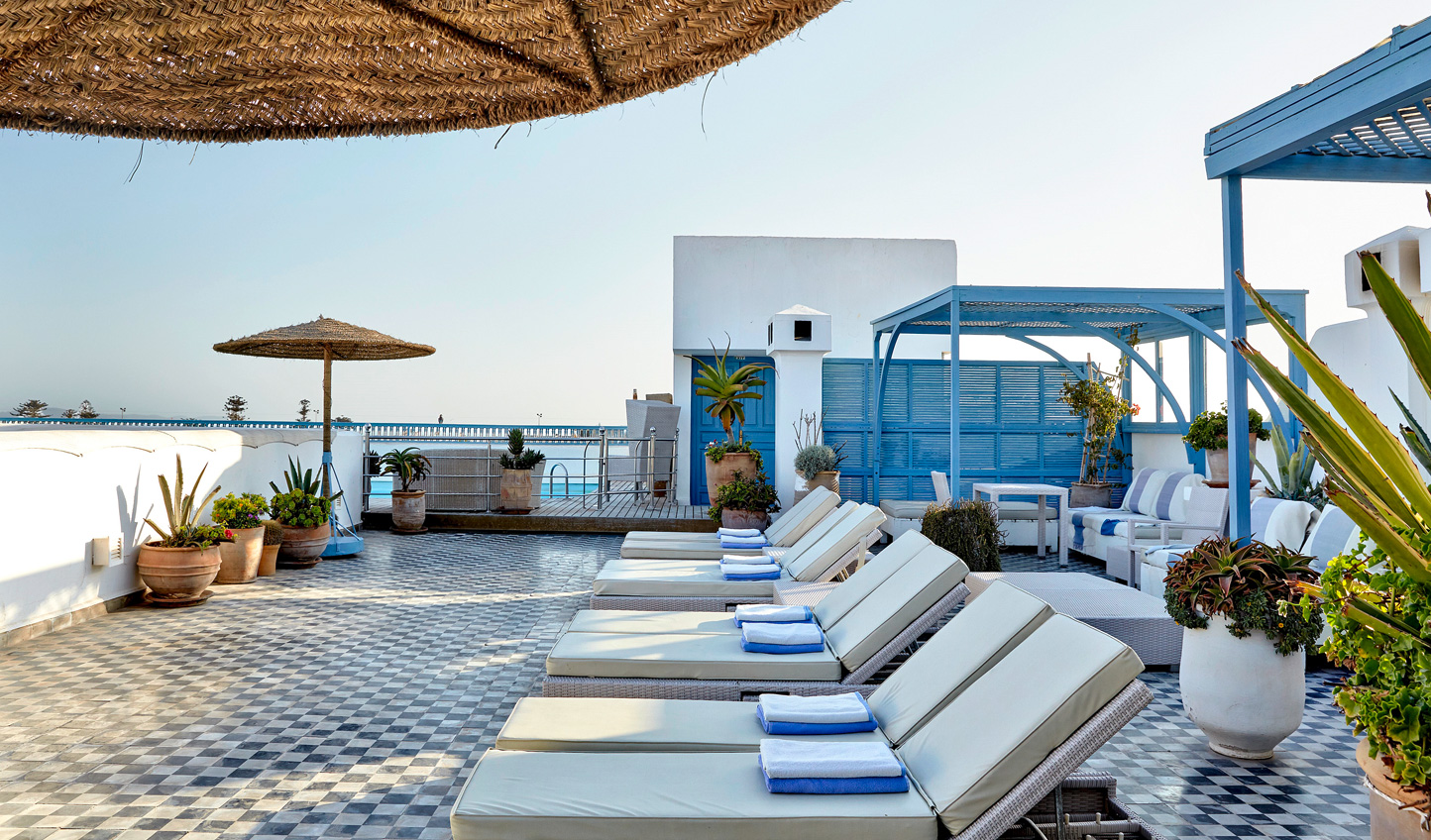 Enjoy your breakfast amid the verdant greenery of the courtyard

Enjoy sundrenched days dipping in and out of the rooftop pool 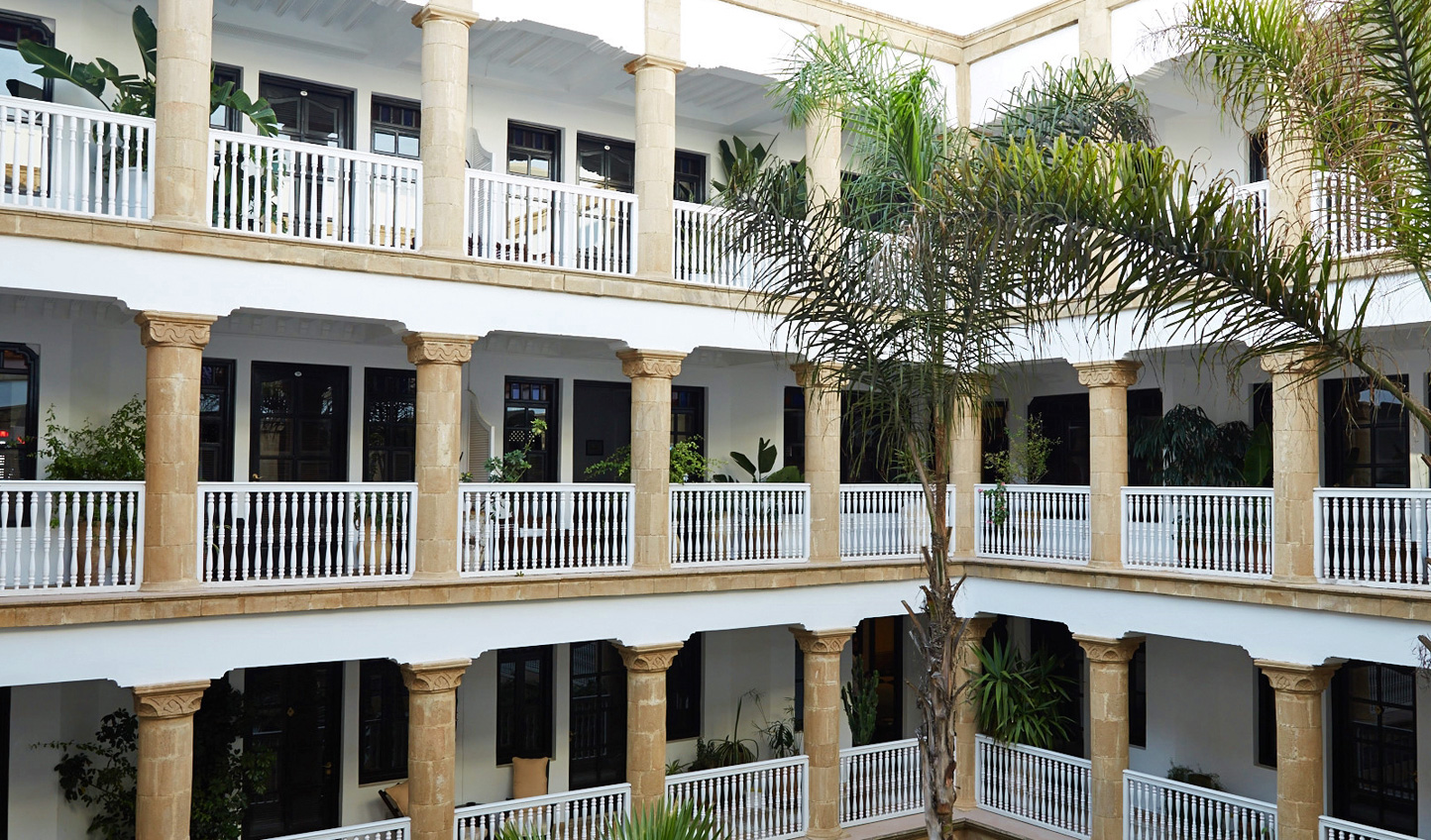 Built into the medina walls on the site of an ancient hostel, or ‘fondouk’, the L’Heure Bleue has a somewhat chequered past. After its time spent as a haunt for traveling traders, the building became an orphanage, until the mid-‘60s when it was abandoned to the ravages of time. In 2004 though the building was restored far beyond its former glory and is now the jewel in Essaouira’s crown, complete with Chesterfields in the lobby and birds twittering in the riad courtyard.

Around 120 miles west of Marrakesh Essaouira is a tranquil beauty famous for its fresh fish. This striking and enticing town is almost exclusively painted white with doors, windows, shutters and even trawlers high lit in brilliant blue. The Heure Bleue sits just a moment’s walk from various inviting markets, restaurants and cafes, and is only a 500 meters stroll from the ocean and a clear view all the way to the Americas. Within the hotel, the riad style central courtyard sets an opulent tone that is continued by rich colors and hanging artworks.

With 33 rooms to choose from the Heure Bleue is bound to have something to excite even the most widely traveled. Suites come in a variety of styles that are representative of the various influences that have changed Essaouira over centuries. Choose between rooms inspired by African, Oriental, British and Portuguese influences, all come with rich dark woods and marble sinks. Windows are shuttered by night, revealing stained glass that throws color into the room by day. Larger suites are equipped with centrally located, roaring fireplaces, for the cool winter evenings.

Enjoy a massage with a panorama of the city in the private treatment room on the roof, or in your room, if you prefer. Indulge in a treatment in the ornate black tiled spa. Be entranced by the call to prayer from the nearby minarets. We love this place as an antidote to the hubbub of Marrakesh.