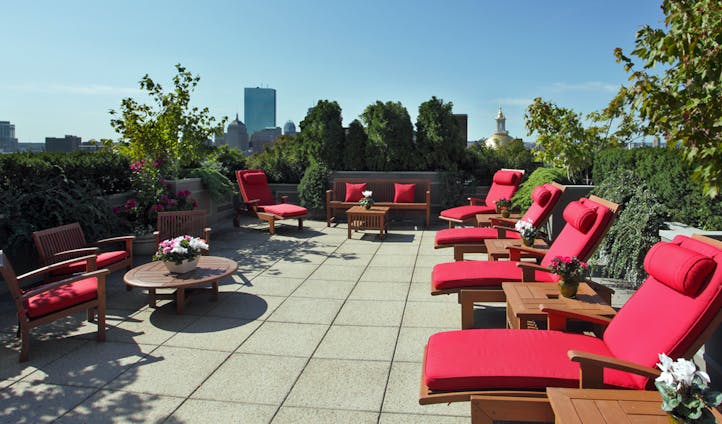 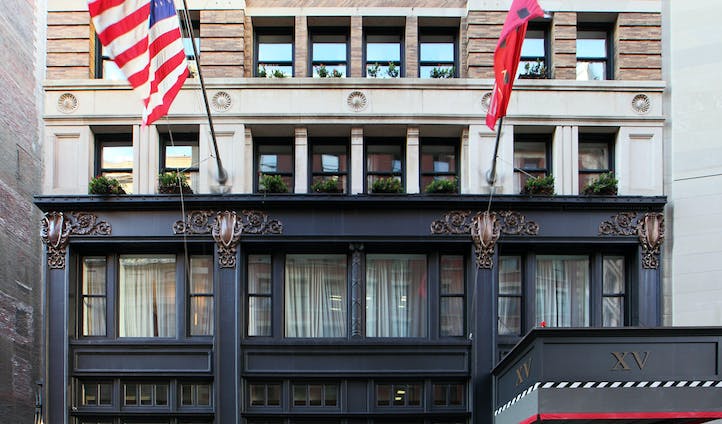 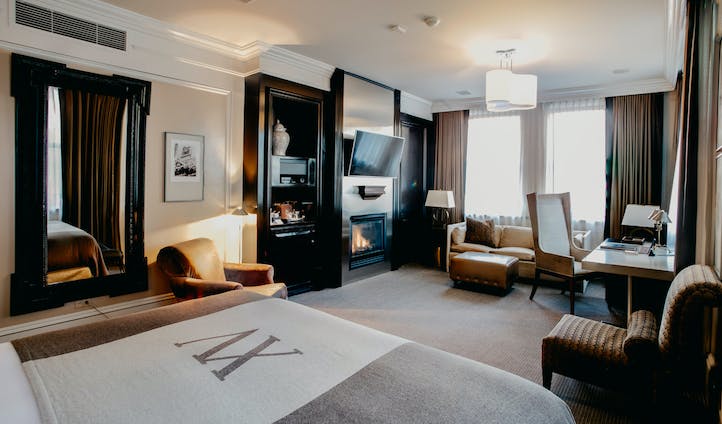 Each suite is designed with your every comfort in mind 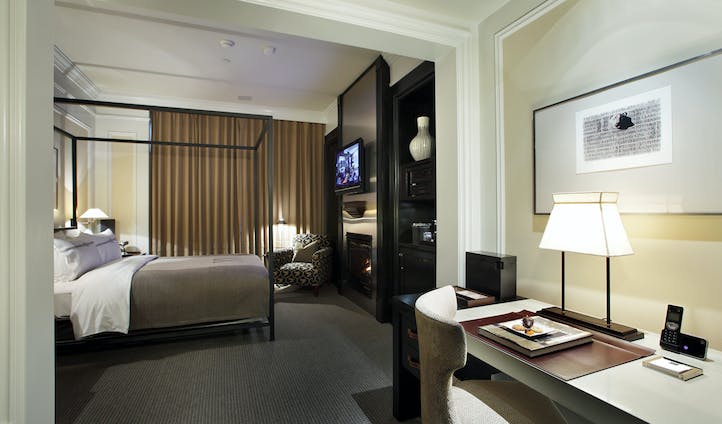 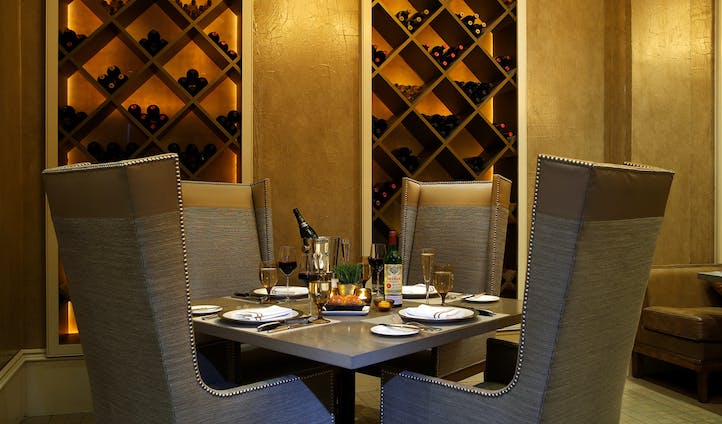 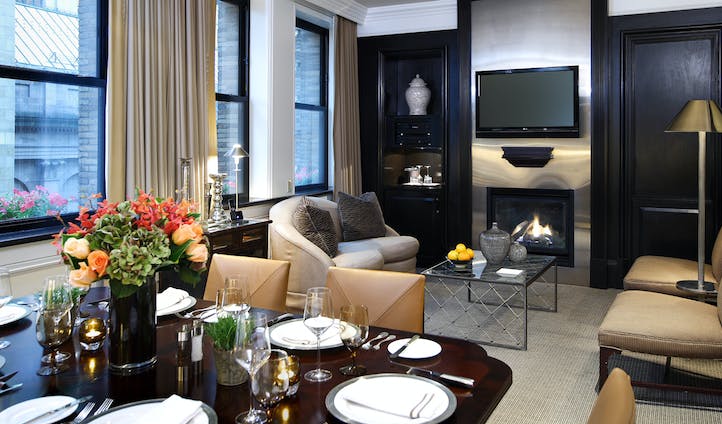 XV Beacon is undeniably a home away from home 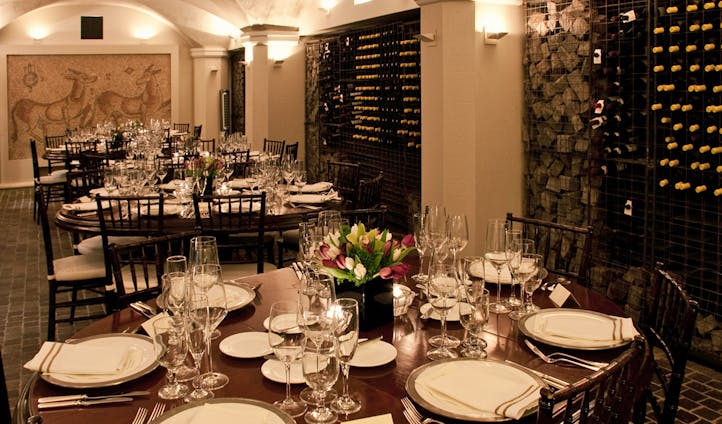 A charming alternative to Boston’s bigger hotels, XV Beacon is a hidden gem within an impressive Beaux Arts building tucked away in the prestigious neighborhood of Beacon Hill. The 63-room luxury bijou boutique hotel exudes classic character; from the grand marble staircase leading you upstairs to your suite to the mahogany panelling and original caged-glass elevators dating back to 1902 in the lobby. After a visit to the hotel’s rooftop, complete with hot tub and beautiful views of the ‘Central Park’ of Boston, make your way subway to one of the most extensive and award-winning wine collections in the country. Need we say more?

Tucked away in a residential enclave on a cobbled tree-lined street in Boston’s Financial District, and just steps away from antique shops, boutiques, restaurants, and theaters, the hotel is in the most ideal downtown location. Slip off around the corner to Boston Common, the ‘Central Park’ of Boston, and stroll through the oldest city park in the United States with a hot drink in hand. Boston, the capital of America’s New England, is one of the oldest and most historic cities in the US and there’s no better place to immerse yourself in its history than at the XV Beacon. And only 15 minutes from the airport, who can resist?

XV Beacon is home to 63 luxury rooms, all of which are made to feel like a home away from home with a gas-lit fireplace, four-poster or canopy beds, and white Italian marble bathrooms which are complete with oversized rainforest shower heads and jacuzzi bathtubs. Your every possible want or need is taken care of before you’ve even thought of it. Drenched in high-end classic style and a taupe, cream and espresso color palette, each room is of the utmost luxury. With only seven guestrooms on each floor, the hotel exudes a distinct feeling of residential privacy which will leave you wanting to move in.

What distinguishes XV Beacon is its outstanding art collection which has bestowed the hotel its status of a hidden gem in the Boston arts and culture scene. Not only is the 1903 building a work of art in itself, but the extensive art collection that it holds echoes the hotel’s recognition of its place in history. In the award-winning restaurant’s wine cellar you’ll find a fourth-century Roman mosaic, while throughout the rest of the hotel you’ll find eighteenth-century portraits by Gilbert Stuart.