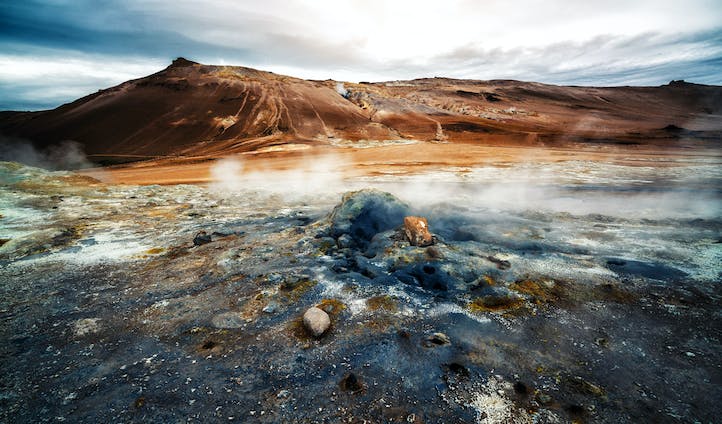 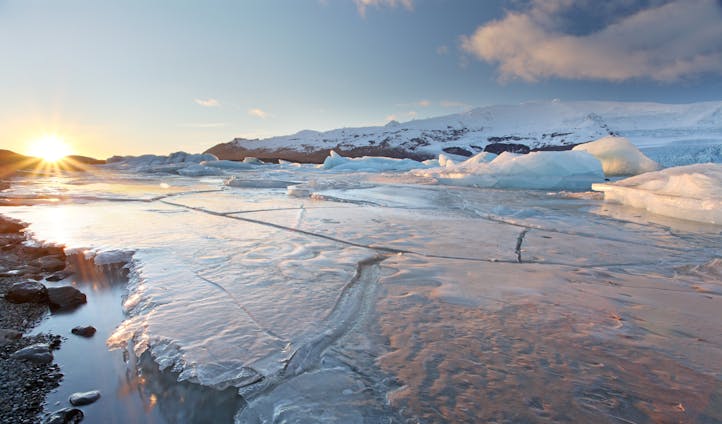 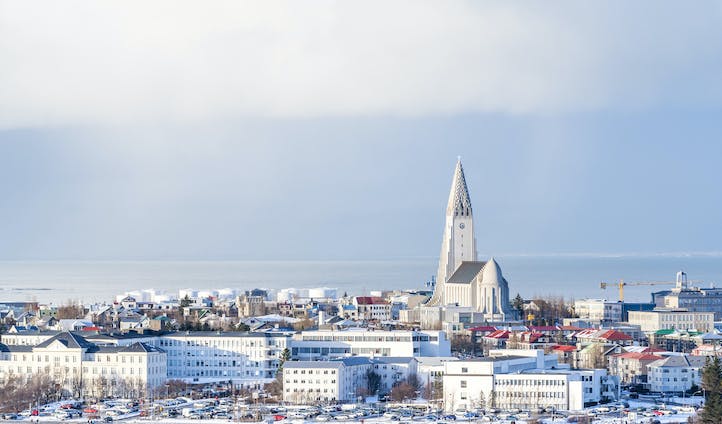 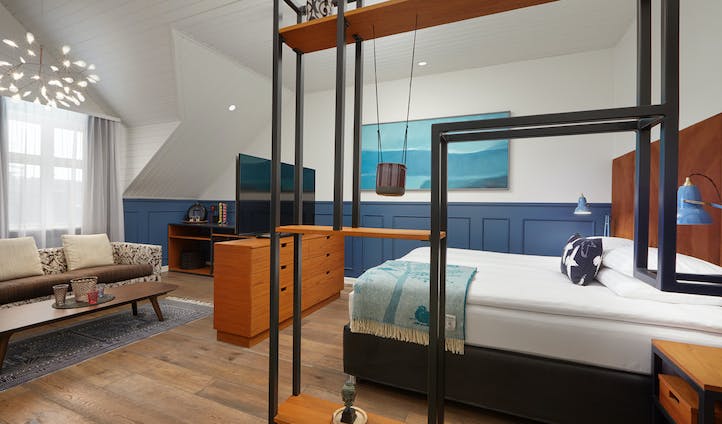 Relax into Reykjavik at Alda Hotel 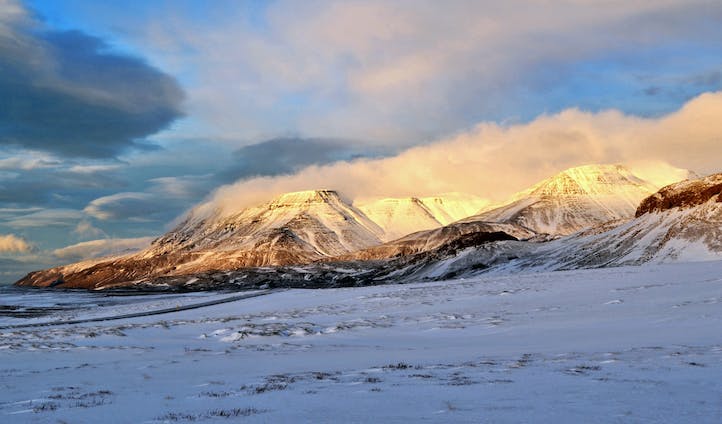 Before heading north, get to know the iconic Golden Circle on a private tour 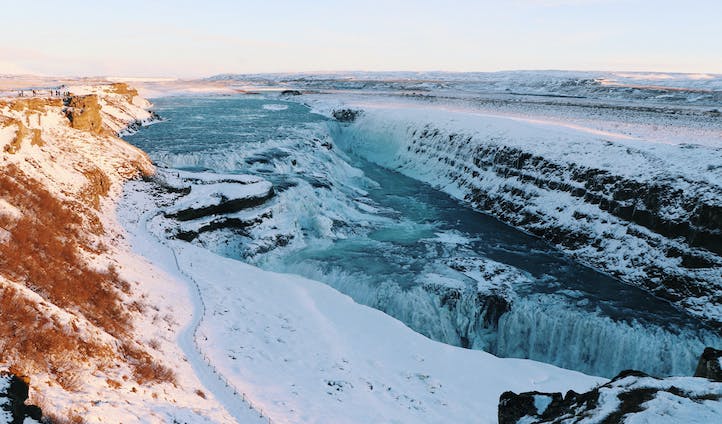 Walk alongside the power of Gullfoss 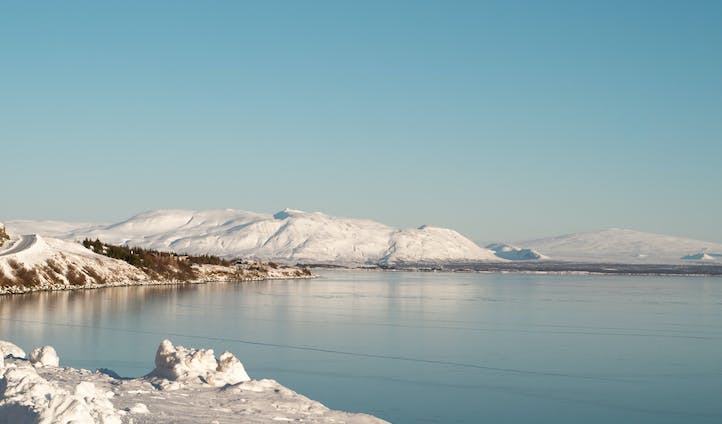 Explore the beauty of Thingvellir 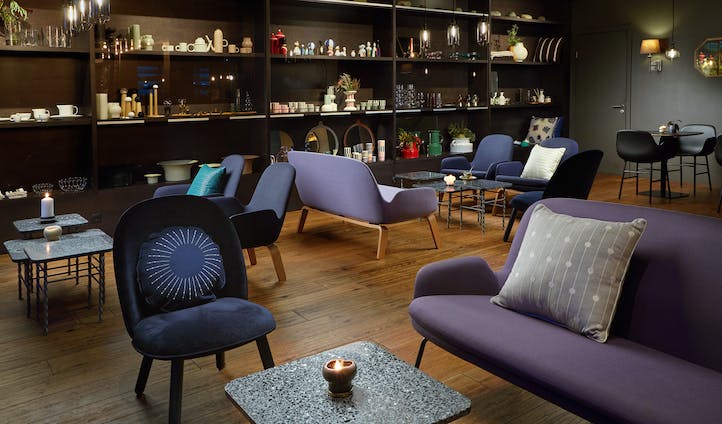 Retreat back to the stylish surrounds of Alda Hotel 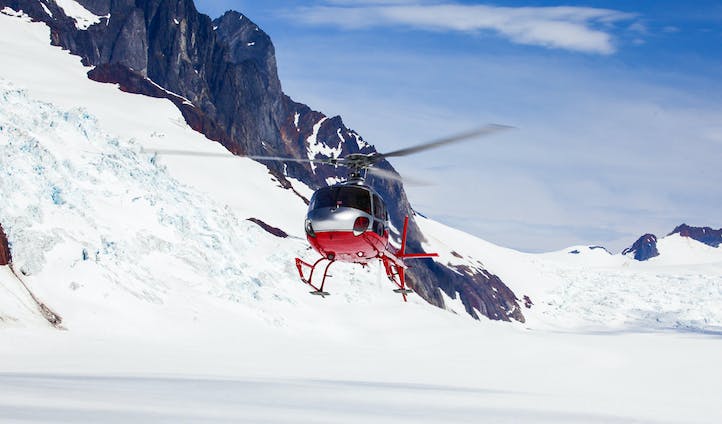 Head north and escape the crowds 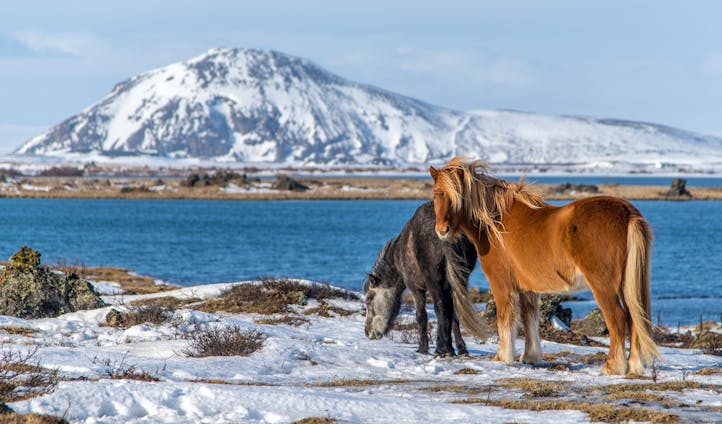 Explore the shores of Lake Myvatn - along with the local wildlife 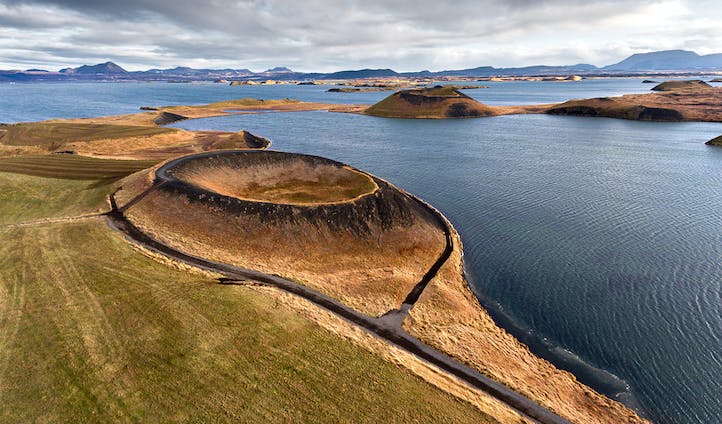 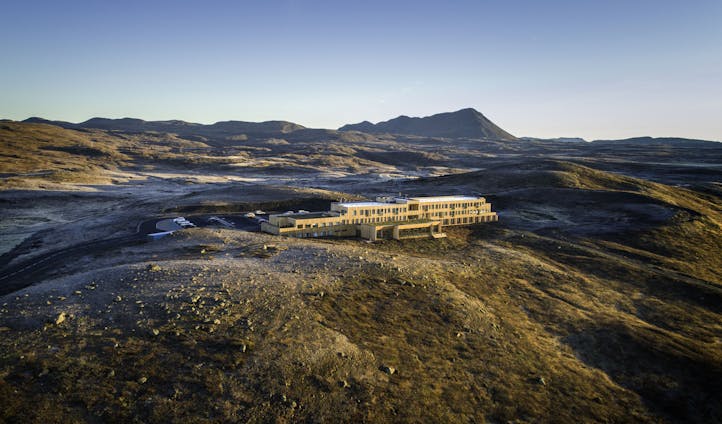 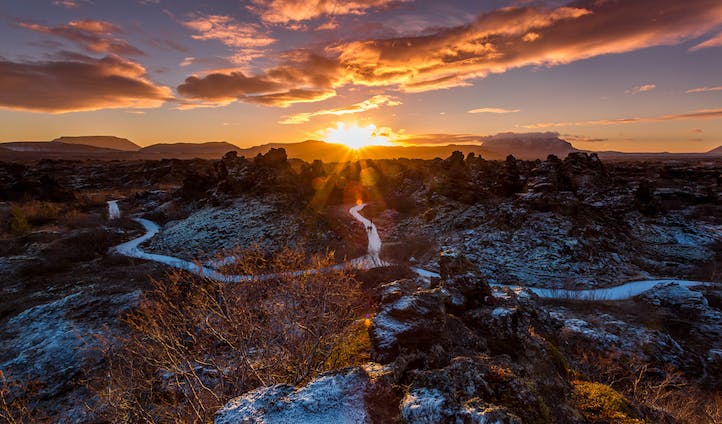 Strolling across the Dimmuborgir lava fields, you'll feel as if you're on a whole other planet 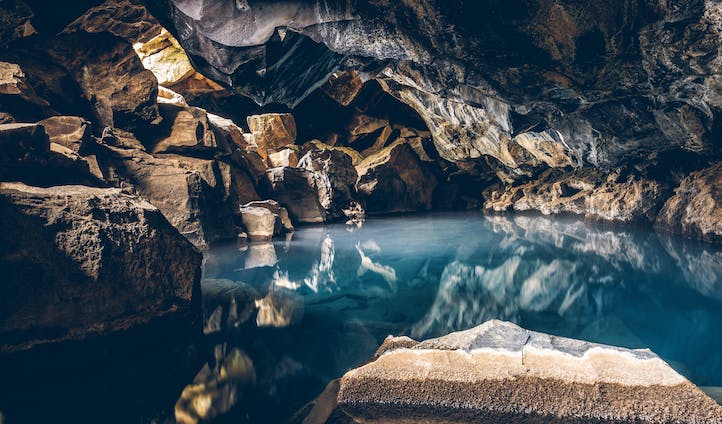 Head underground to sites made famous by Game of Thrones 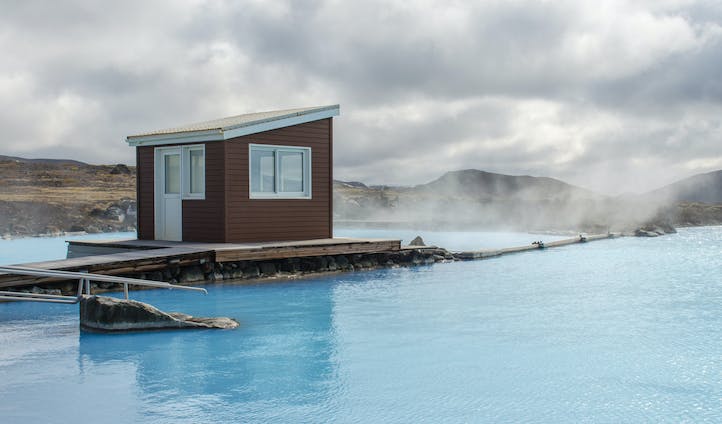 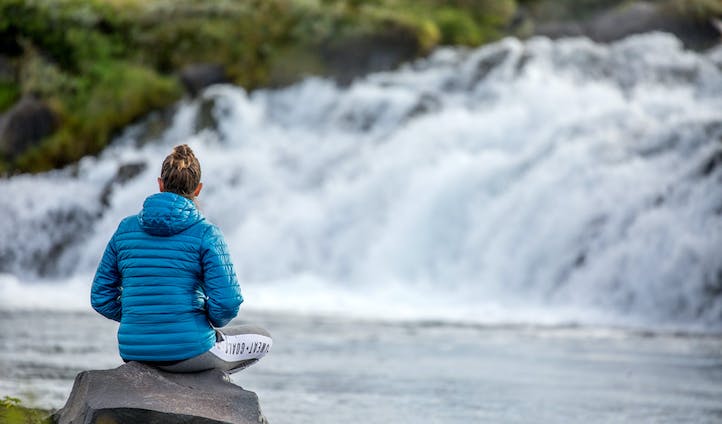 Find a quiet corner for a spot of yoga 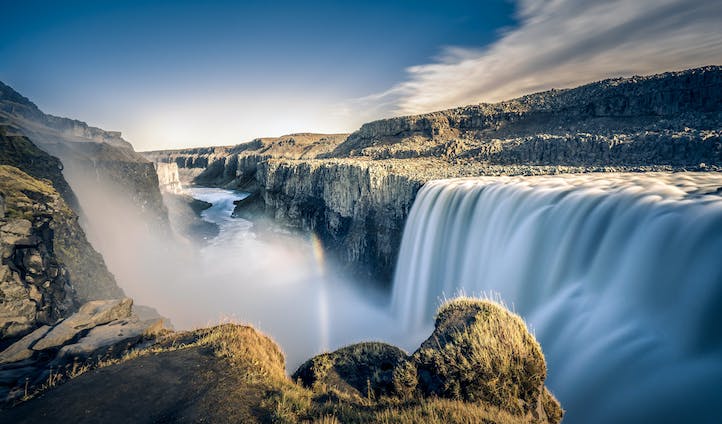 Take to the skies and see Europe's largest waterfall, Dettifoss, from the skies 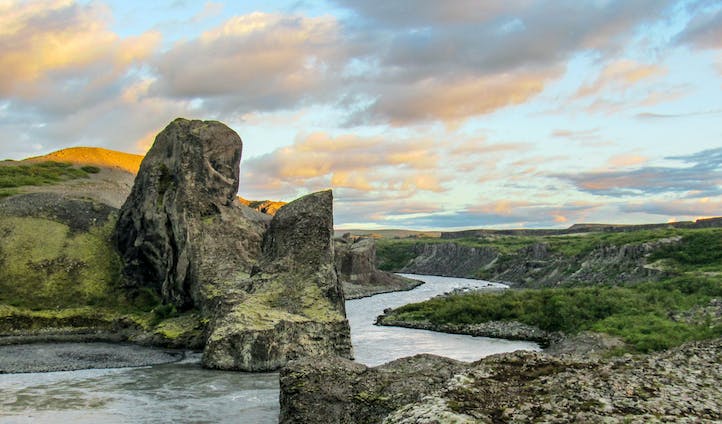 Fly over Asbyrgi Canyon for a bird's eye view 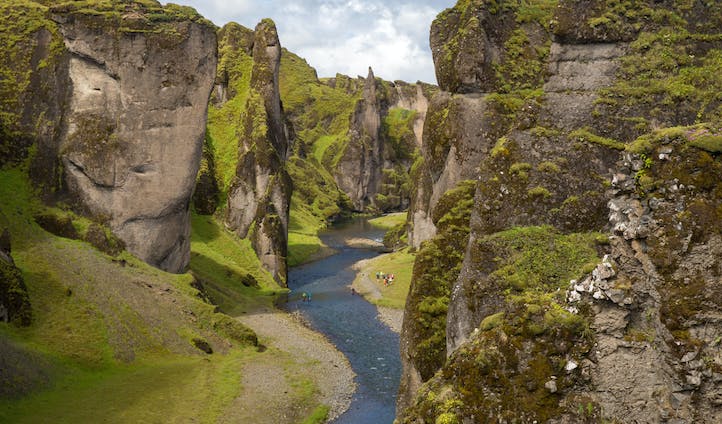 Wind your way through the twists and turns 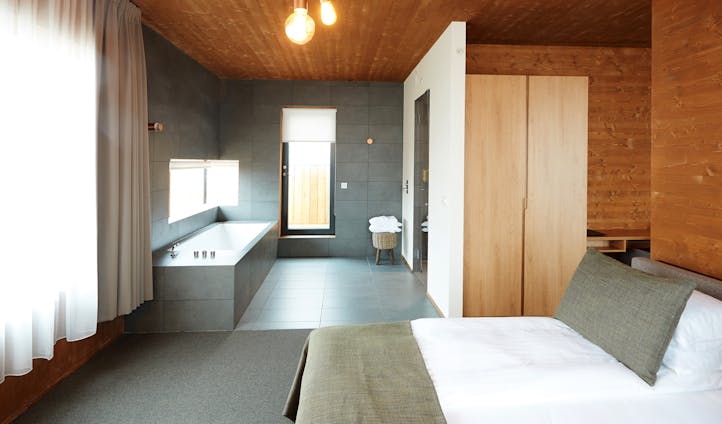 Unwind in your stylish suite 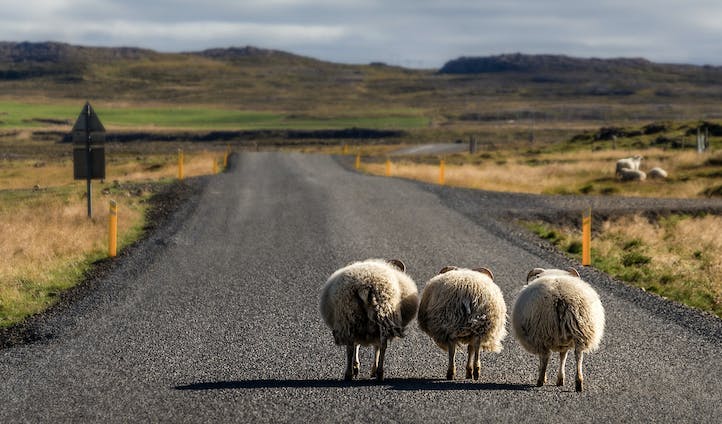 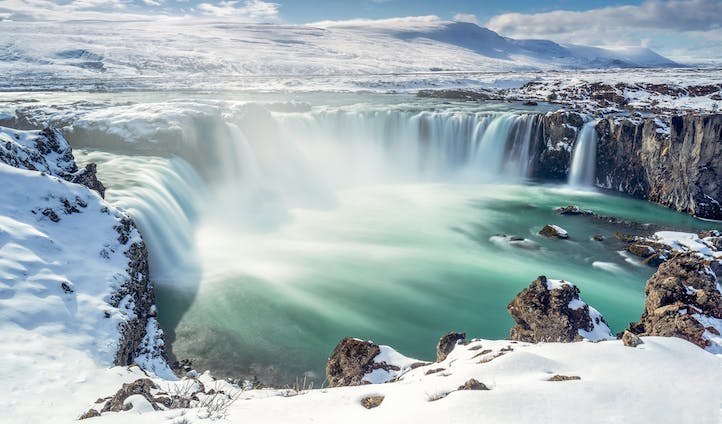 Marvel at the power of Godafoss 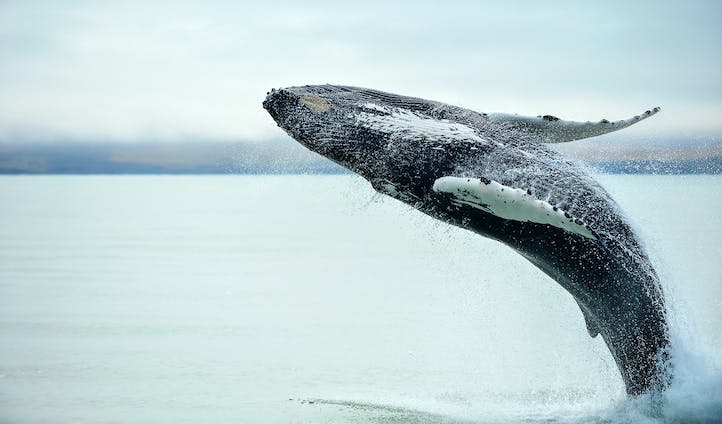 Take to the Eyjafjord in search of whales

Iceland; the country on everyone’s lips. But after you’ve climbed inside Þríhnúkagigur, snorkelled the Silfra Fissure and traversed the Golden Circle – what comes next? To answer that question, we’re looking north to the second city of Akureyri, the untouched wilderness of Myvatn and the, as yet undiscovered, Diamond Circle. Outside the realms of the tourist tracks of south Iceland, the north is a step back in time to Iceland as it once was – raw and unknown. To really appreciate the difference though, start off seeing on the Golden Circle (after all, it’s still spectacular), before heading north to hidden hot waterfalls, caves of the silver-screen and a dash of nature yoga. Grjótagjá, Gjástykki and Þeistareykir; they may not be known now, so get there before they are.

Touching down, your trip starts in the trendsetting capital of Reykjavik with a stay at the chic Hotel Alda, just off Laugavegur. Spend the evening getting to know the bars and restaurants that lie just a short stroll away before getting a sense for Southern Iceland the next day. In the morning, jump in your private super jeep for the day as you head east to the Golden Circle. A route carved between Iceland’s most iconic sights, there is no better introduction to this spellbinding country as you curve through the ethereal beauty of Þingvellir National Park and onto the geothermal power of Geysir and the thunder of Gullfoss. Head back to Hotel Alda in the evening for one last night before heading north to Iceland’s true wilderness early tomorrow.

Flying north to Akureyri, the crowds slowly start to fall away, especially once you touchdown and drive out of this second city into the wild surrounds of Myvatn. Drop your bags at the distinctly Icelandic Fosshotel Myvatn, with its grass-topped roof allowing it to slip silently into the surrounding landscapes. From there, it’s straight into the natural wonder of Myvatn where, with its strange lava formations, steaming volcanic ground, cold fresh water springs and contrasting boiling mud pools of mud, it’s immediately clear that Myvatn presents a whole new territory. Join an expert guide as you take in some of the area’s most awe-inspiring sights, from the Dimmuborgir Lava Fields to Grjótagjá cave and the slice of Game of Thrones fame it brings to the region. Sprinkled with a hearty dose of pseudocraters and Viking history, you’ll be asking why you didn’t head north sooner.

For lunch, it’s a taste of traditional Iceland as you sit down at Vogafjos. Tucked away in a traditional cowshed and serving a menu of homemade mozzarella and Geysir rye bread, it’s a real favorite of ours – be sure to try the raw smoked lamb. Refuelled, you’ll then spend the afternoon at the Myvatn nature baths. Boasting all the geothermal power of the Blue Lagoon – but none of the crowds, it’s the perfect way to relax into the Icelandic wilderness.  After a peaceful night’s sleep, tomorrow you’ll set off on a private tour across the lava fields of Gjástykki. Lying in the shadow of the brooding Krafla Volcano, this dark landscape has been rippled through with the multicoloured slags of its eruptions to create something that has seemingly born out of the center of the Earth.

In Gjástykki, you’ll join a private guide and set off on an adventure across the tectonic plates that split the country in half – snapping the scenery as you go. To really get to know this wild corner of Iceland though, there’s only one thing for it. In a quiet corner, you’ll join a private yoga teacher for a volcanic flow you won’t soon forget. Nor will you, your next experience as you take off by helicopter over the thundering power of Dettifoss. Said to be the most powerful in Europe, the sight of it crashing down from the sky is something to behold. Flying onwards over Asbyrgi Canyon as it carves through the heart of the region, you’ll have a whole new appreciation for Icelandic landscapes.

For your final day in Iceland’s wild north, you’ll get to know the city of Akureyri with a stroll through its vibrant streets with a private guide. From there, it’s onto one of Iceland’s most iconic waterfalls, Goðafoss, where statues of Norse gods were thrown thousands of years ago when the country converted to Christianity. In the afternoon, you’ll then set sail on the cold Arctic waters on a whale safari through the Eyjafjord, getting up close with the whales, dolphins and bird life that call these icy waters home. From there, it’s back down to the Reykjavik and the welcoming waters of the Retreat at Blue Lagoon. Spend one last night in Icelandic luxury, indulging in a spa treatment or two, before returning home.

North Iceland: Swim with Humpback Whales Beneath the Midnight Sun