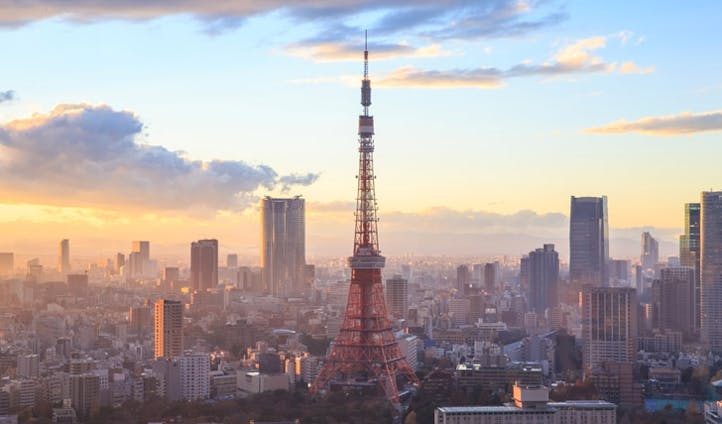 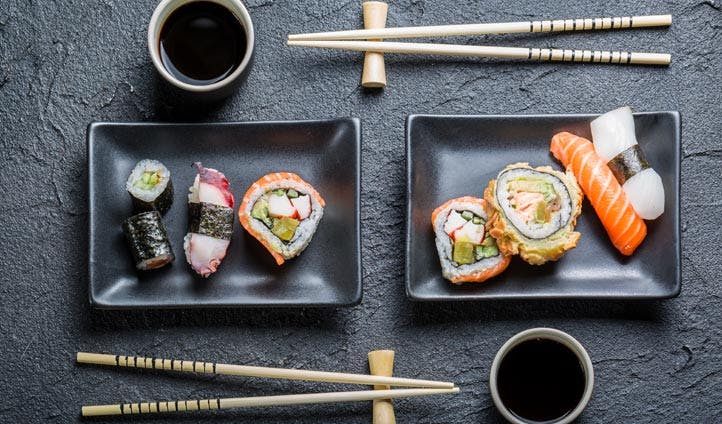 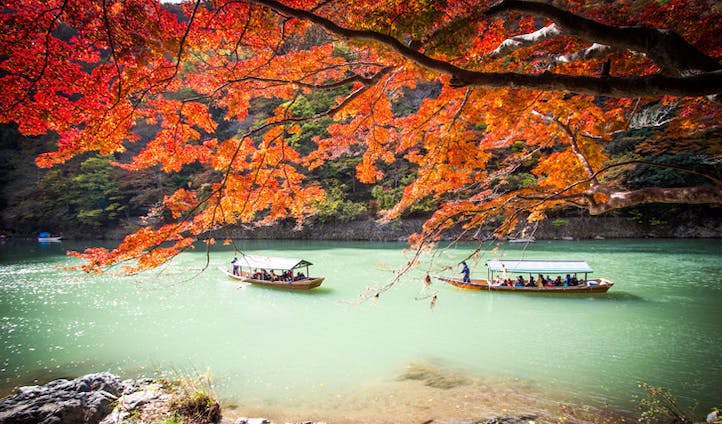 Cruise along the Oi River in Kyoto 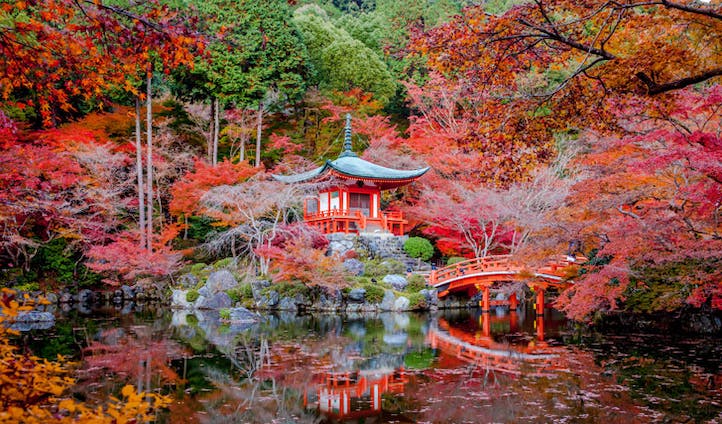 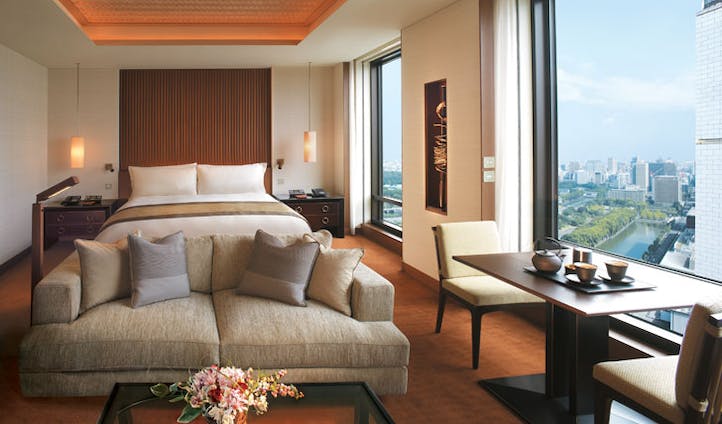 Deluxe room at The Peninsula 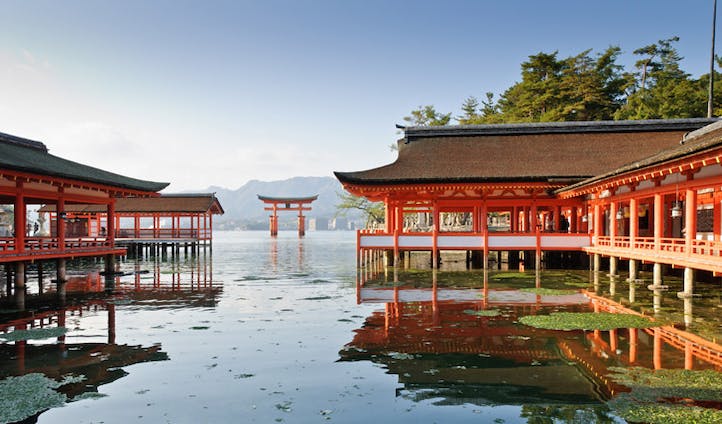 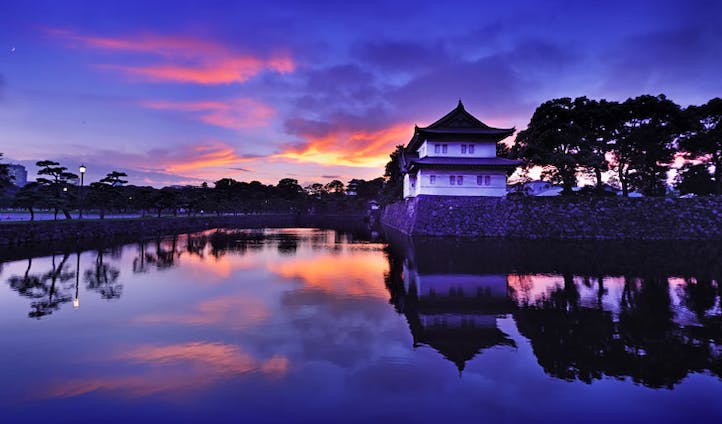 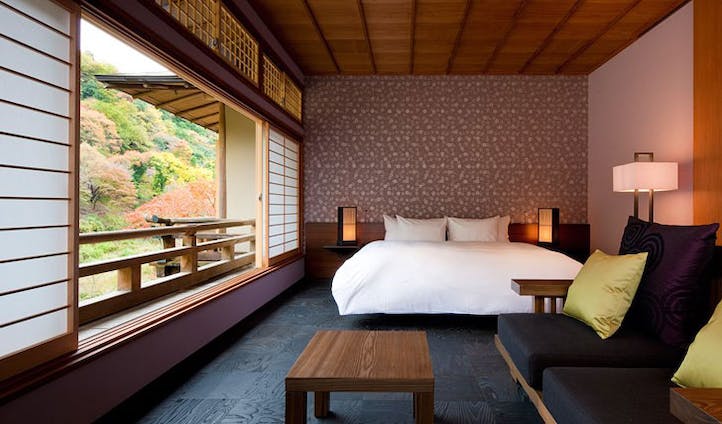 Chic interiors at the Hoshinoya Kyoto 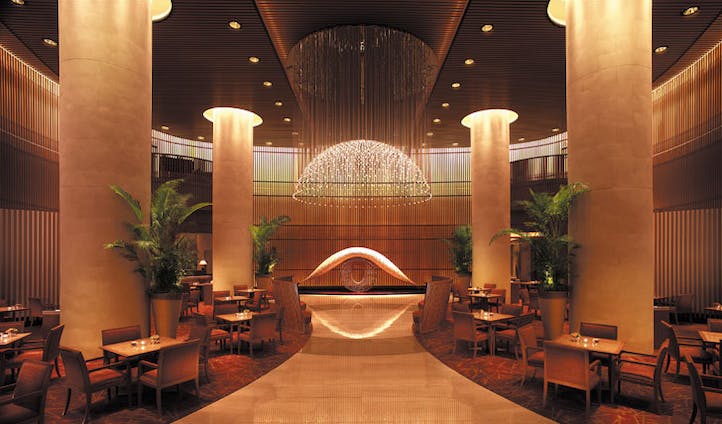 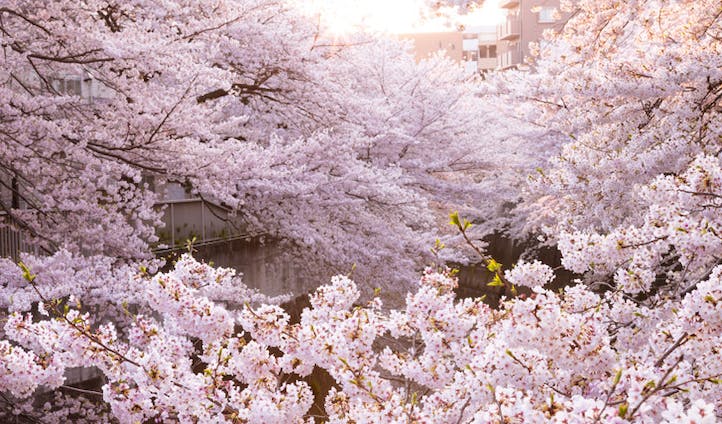 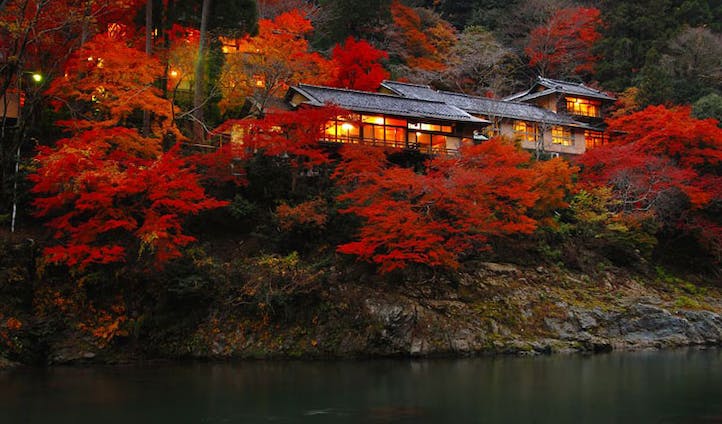 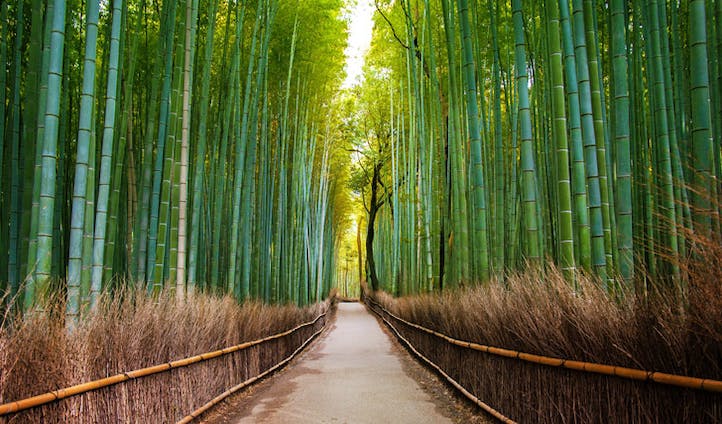 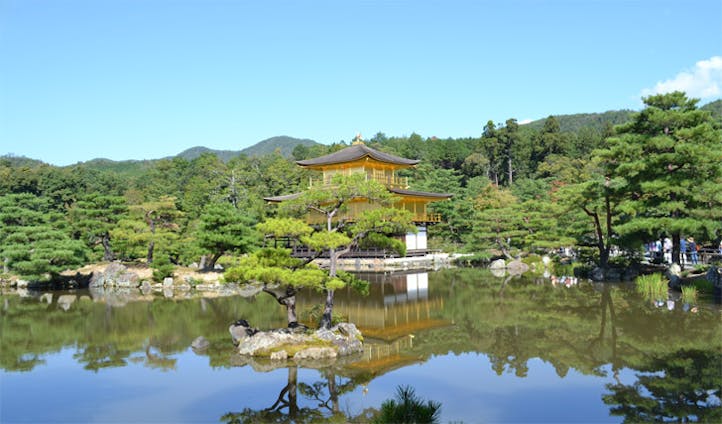 Spend eight nights in the naturally and culturally beautiful country of Japan, embarking on a journey from Tokyo to Kyoto, where you’ll flip between shopping experiences, stunning temple visits, and some of the finest cuisine in the world…

Upon arrival, meet your personal driver in Tokyo, where you’ll spend the next four nights at the Peninsular Hotel. Located in the heart of Tokyo, you’ll enjoy incredible panoramic views of the city lights from your room in luxurious surroundings. After settling in, explore the Ginza district, renowned for being Asia’s largest (and chicest) high end shopping district, with the aide of a personal stylist to guide you between the boutiques. Next up, it’s all about the city’s stunning gardens. Head to the Imperial Palace Gardens, the main residence of the Japanese Imperial family and wander around the Hamarikyu Gardens, located next to Tokyo Bay the gardens were originally built in the 17th century as a private residence and duck hunting ground. Next, take the waterbus along the Sumida River to Asakusa, where you’ll find Senso-ji, the oldest Buddhist temple in Tokyo.

There’s nothing like an early start to combat that jet lag, and there’s no better reason to rise at the crack of dawn than taking a trip to Tokyo’s Tsukiji fish market, the ultimate place to get the freshest sushi we’ve ever tasted – wander the aisles to see the amazing variety of freshly caught seafood on offer. For dinner, you’ll be heading to Ukai-tei in Shibuya, located on the top floor of the Chanel building in ritzy Omotesando, to enjoy the Michelin-starred food, cooked in the teppanyaki style, in which food is prepared on an iron griddle in front of guests, before heading up to the separate tea room to linger over coffee a pot of delicious matcha tea.

A DOSE OF CULTURE IN KYOTO

After your Tokyo adventures have come to an end, you’ll be on the next bullet train to Kyoto, traveling at a top speed of 285 kilometres per hour. Take a boat ride in a traditional Japanese cedar vessel up the river to reach Hoshinoya Ryokan, where you’ll be welcomed during your four-night Kyoto stay. Here, enjoy an experience that combines the elegance of a traditional Japanese ryokan with a modern, chic twist. While in Kyoto, explore the variety of tranquil temples that characterize the city before visiting the Golden Pavilion, Ninnaji Temple, and Ryoanji Zen Garden – together, these temples have been designated part of a UNESCO world heritage site in Kyoto. In addition to absorbing the beauty of these Buddhist temples, travel to Yasaka Shrine, an ancient Shinto shrine whose construction began in 656, and neighbouring Murayama Park, world-famous for its cherry trees, in particular its central weeping cherry tree, which is lit up at night – in April the iconic Cherry Blossom appears in full bloom, making this part of Japan extra special.

As a change of pace, we’ve arranged for you to take a private tour of the four-hundred-year-old Gekkeikan sake brewery and museum, followed by a tasting session of locally brewed sake, before heading to Kushikura restaurant, based in a century-old warehouse, for traditional food cooked over a charcoal flame – the chicken here is a speciality. Head to Nishiki market, a street that houses a 400-year old food market also known as Kyoto’s kitchen; wander among the one hundred stalls and shops, sampling the delicious local street food.

Before you leave Kyoto, enjoy a private tea ceremony hosted by a maiko, an apprentice geisha, which in Kyoto is called a geiko – in a small group you’ll work your way through the equivalent of a tasting menu, about six courses of traditional Japanese food, with a maiko or geiko performance. 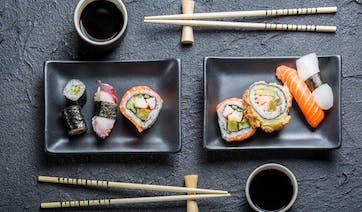 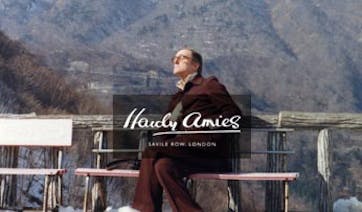 The ABC of Travel

Sign up to receive our latest destination inspiration for Japan, as well as our travel predictions for the year to come.