Why should you travel to Ireland with us?

Hover over the Cliffs of Moher, listen to old folk tales over a pint of Guinness in Dublin and fuel your Game of Thrones obsession in Northern Ireland’s County Antrim.

Renowned as the Emerald Isle, Ireland is a myth we have spent years untangling. A myth that dances up from rugged hilltop heathers, blowing across the Giant’s Causeway, down the Wild Atlantic Coast to blanket unique landscapes and vibrant city streets; it wraps its way around your soul, all at once giving you a casual sense of freedom that will sweep you off your feet. On our tailormade holidays to Ireland, our local historians and guides invite you in for sunrise hikes in Connemara National Park, a sense of history in Belfast and lyrical tours of Dublin city centre. 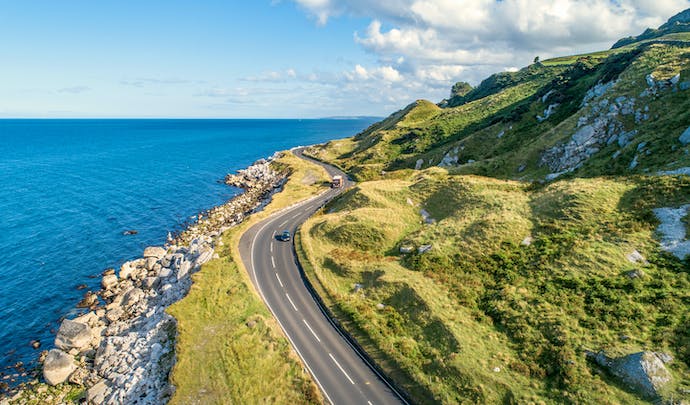 For centuries, the Emerald Isle has been home to any number of myths and legends with Atlantic tides sweeping in to unveil the new and untold, before rolling back out again to leave you with secret discoveries. The perfe... 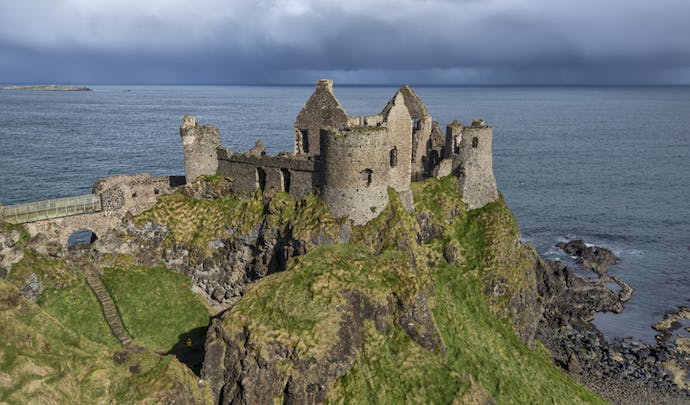 Ever since it burst onto our television screens back in 2011, Game of Thrones has had a fearsome reputation for some of the best filming locations – and not just on the small screen. The show has been just about everyw... 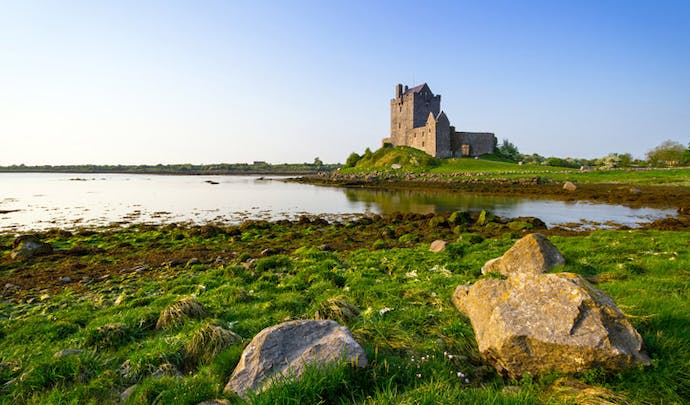 Highlights of Ireland: A Luxury Holiday Across the Emerald Isle

Get ready to head off on a mythical fairy-tale escape from the bright lights and busy streets of Dublin to the far westerly corners of Ireland where the landscapes simply take your breath away. This luxury 12 night trip ... 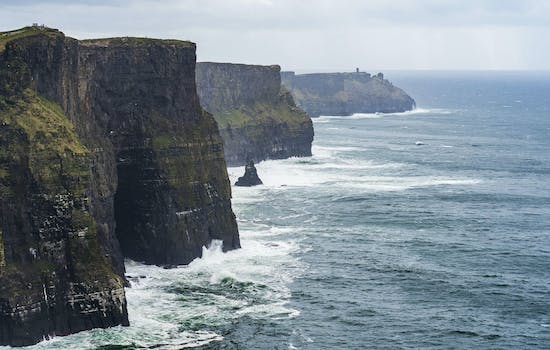 WELCOME TO THE EMERALD ISLE

The cities are home to bright facades and cobblestone streets while the coastline is repeatedly pummeled by forceful swe...

The cities are home to bright facades and cobblestone streets while the coastline is repeatedly pummeled by forceful swells. The countryside is rich in age-old legends, the islands are dotted with postcard-worthy fishing villages, and the golf courses are some of the best in the world. A luxury tour of Ireland incorporating both the urban and the rural proves to be nothing short of remarkable and unforgettable. With Black Tomato, an all-encompassing vacation exposes the enlightening magic of this country and its people. 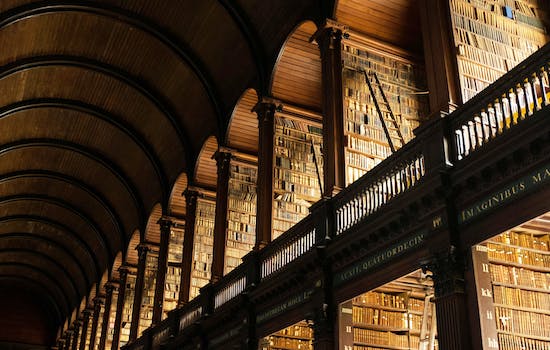 TOUR THE ICONS OF IRELAND

Small but mighty, the island of Ireland is rich in iconic landmarks, countryside castles, and friendly people. With so m...

Small but mighty, the island of Ireland is rich in iconic landmarks, countryside castles, and friendly people. With so much to discover and explore, a tailormade tour with our on-site experts will ensure that nothing is missed. Begin with a private tour of Dublin, including an intimate day at the historic Trinity College and a few pints at the Guinness Storehouse. Move west to hover over the tremendous Cliffs of Moher, devour fish and chips in colourful Galway, and check into our favourite manor house for an authentic Irish experience. 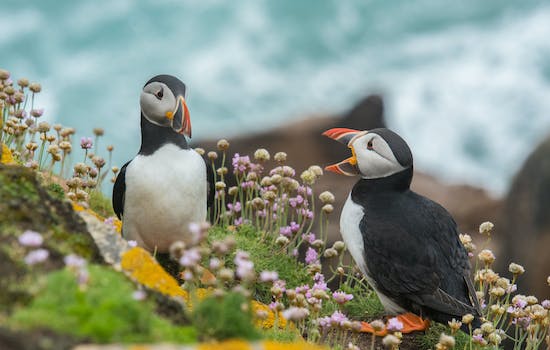 While Game of Thrones may be over, our love affair with exploring the shows various filming location is just getting sta...

While Game of Thrones may be over, our love affair with exploring the shows various filming location is just getting started. Now more than ever before, a combination tour of Iceland and Northern Ireland is gaining momentum as something unique and wonderful. However, it’s not all about walking through Winterfell or gawking over the wall the white-walkers somehow managed to destroy. A tailormade tour through these two magnificent countries includes jaw-dropping waterfalls, crumbling castles, private horseback rides, and dazzling glaciers.

If we were asked to choose our top three places in Ireland, we’d go for these. 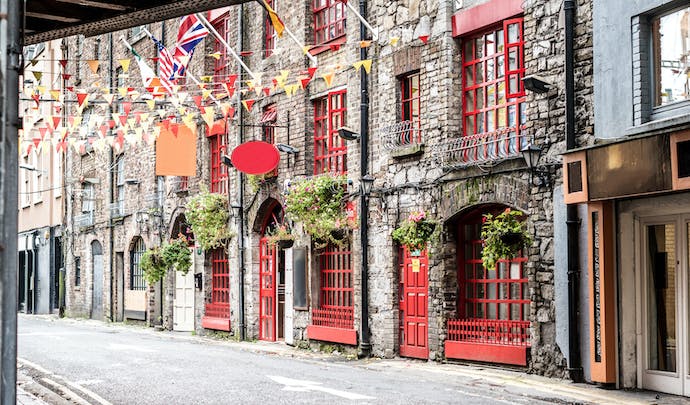 A steaming cappuccino or a pint of plain? Why not both.

Drawing in travellers from every corner of the world, Ireland’s vibrant, bustling and buzzing capital city welcomes you in like an old friend. A place where the norm is pulling up a stool next to the locals in Temple Bar or flooding into cute cafes; on our trips to Dublin we’ll bring you closer to the Irish action than ever before. Get familiar with some of Ireland’s best authors like Samuel Beckett and James Joyce alongside a literary expert, or for something a little stronger dive into an exclusive Jameson whiskey blending class. 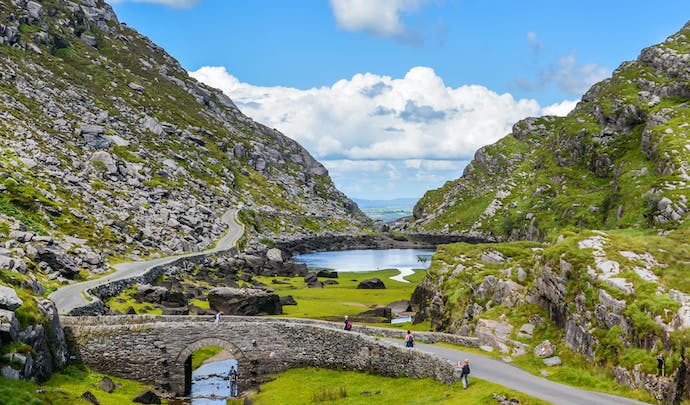 A road trip around the rugged Ring of Kerry.

County Kerry in southwest Ireland is as rich in age-old legends as it is in striking terrain; and as you cruise along the coastal road with your driver, it’s easy to see why filmmakers choose this surreal setting. Passing quaint fishing villages and stacked stone walls en route; you’ll reach Portmagee and set off in search of Skellig Michael. Rising majestically 218 metres above sea level, the crags mark the ascetic monks who settled here in their pursuit of greater union with God. 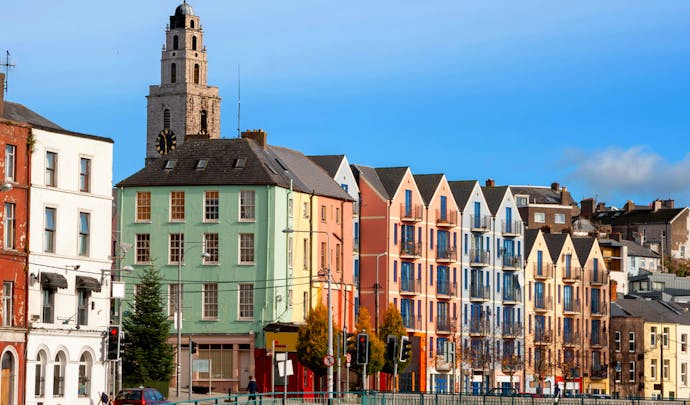 For the second-largest city in Ireland, Cork has certainly made its mark on the map. Once a monastic settlement before Viking invaders expanded in around 915, the city exudes history and ancient charm – and is said to be home to the most talkative of all the Irish. Whilst staying at Ballymaloe House, a hotel internationally recognised as the birthplace of modern Irish cuisine, dive straight into tennis, croquet, pilates and bread making.

Woven into the very fabric of Ireland - into iconic Donegal tweed - Lough Eske is a living piece of history. With a story that reaches back into the 1600s, the castle has always held a certain status and now extends an invitation to feel part of Iris...

At the foot of Ireland’s unexplored Slieve Bloom Mountains, Ballyfin is the perfect place for a luxurious escape from city life. Surrounded by 614 acres of private forest and gardens and consisting of 20 beautiful rooms, this 19th century stately ...

Ashford Castle is the quintessential Irish fairytale, set within 350 acres on the postcard-perfect shores of Lough Corrib. Dating back to 1228, the castle is a true piece of the Emerald Isle's history and with all manner of country pursuits on offer,...

If it's breathtaking scenery, dramatic valleys and heritage towns you're after then the Sheen Falls Lodge has it all and more. This luxurious retreat makes for the perfect escape from everyday life, cradled in the heart of Kenmare Bay on the Wild Atl...

Set in the heart of the bustling streets of Dublin, this 18th century Georgian townhouse is the perfect place for a romantic city getaway or the end to a Guinness filled weekend. Bang in the middle of the city, it's a great resting spot and the perfe... 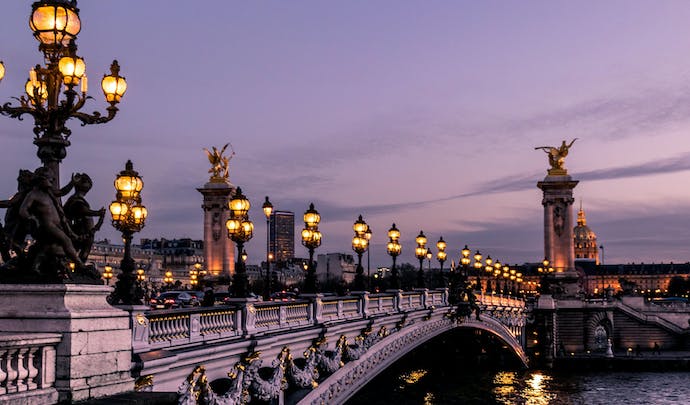 France is just a skip across the channel but its gastronomy and gorgeous lifestyle make you feel a whole world away from... 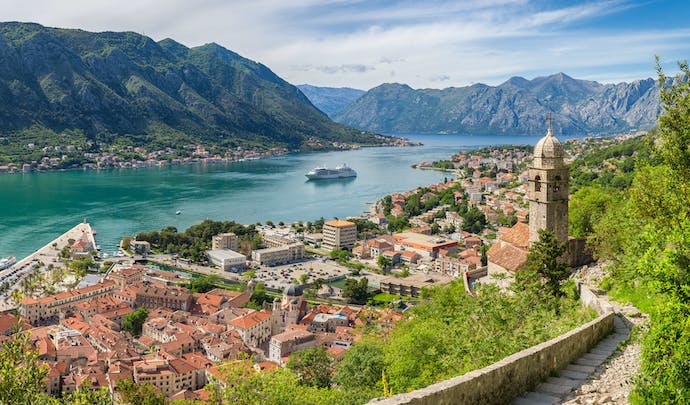 Montenegro is one of the lesser known jewels of Europe. It has an eclectic landscape of rugged mountains, cliffs, mystic... 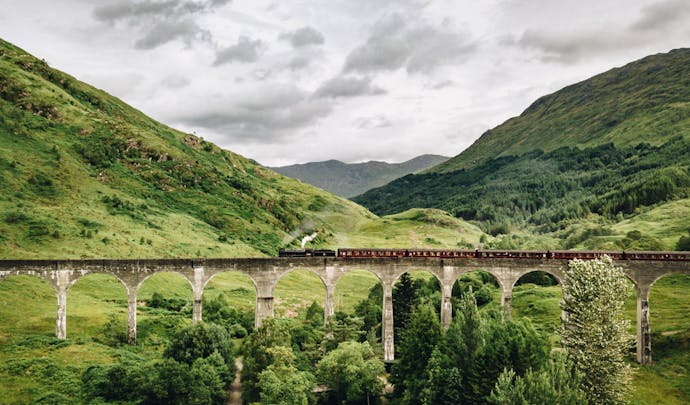 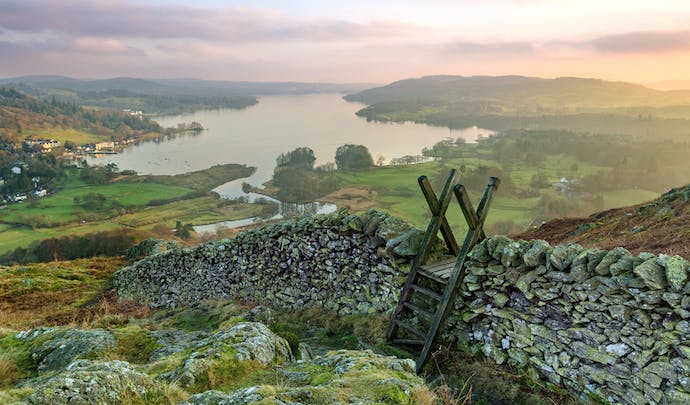 Wine and dine like the aristocracy of old, shop till you drop in London’s glossy boutiques or hook yourself a trout su...

“Black Tomato are one of the coolest
things in the world. Don’t even try
and live without them”

“Black Tomato, the people who
bring you the coolest vacations
you’ve ever heard of”