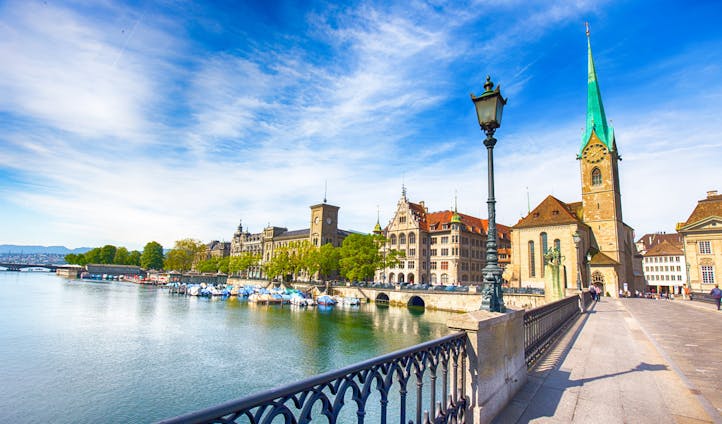 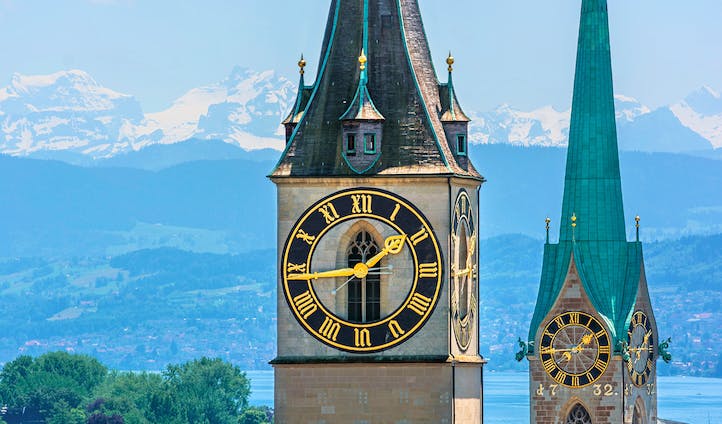 Take in the city's architecture 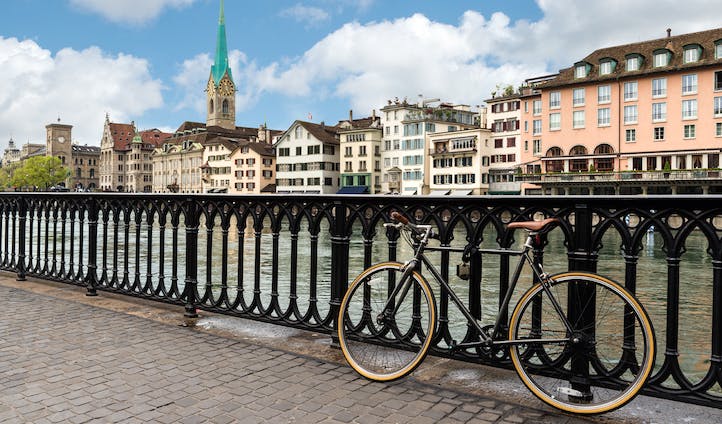 Cycle through the old town 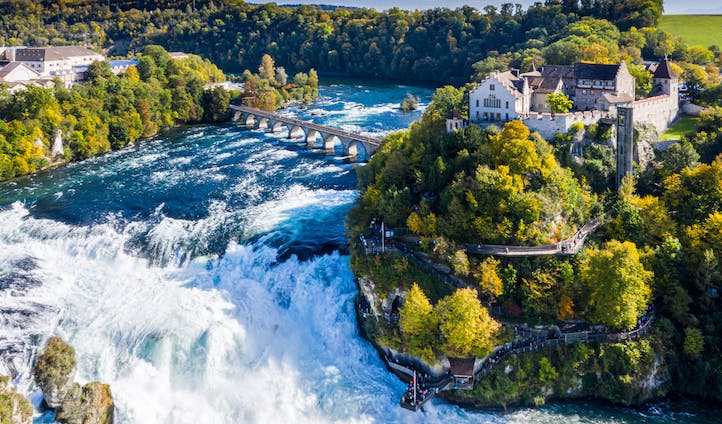 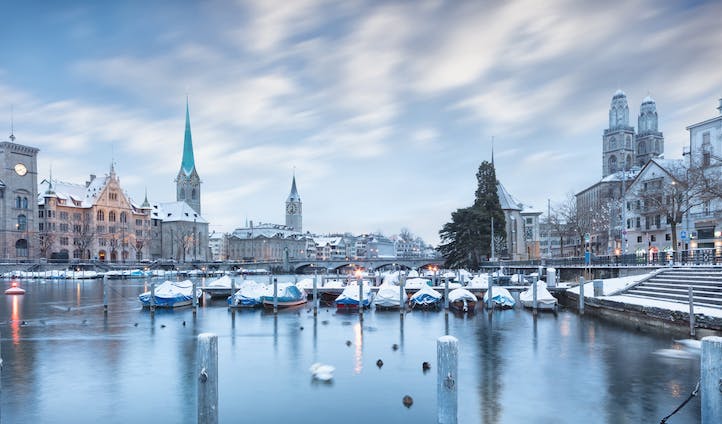 Visit in winter for snow-dusted cityscapes 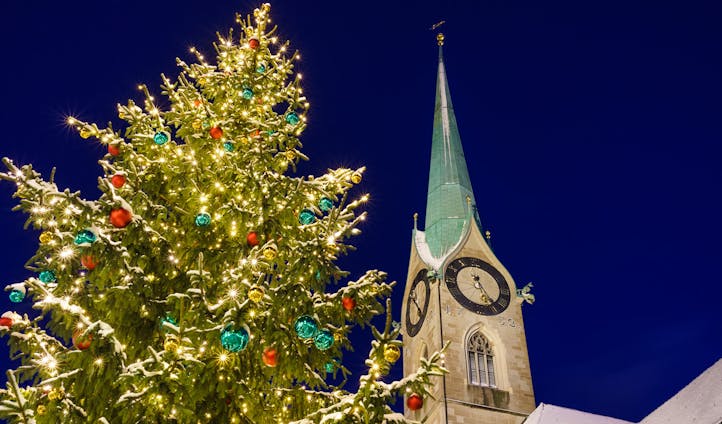 Pay a visit to the Christmas markets 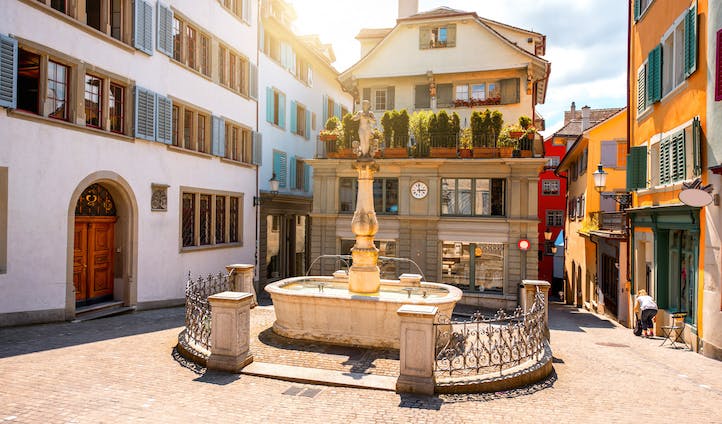 Often lauded as a thriving financial hub, but rarely exposed for its unique culture, it’s time to uncover the hidden side of Zurich. Tucked away between the beautifully preserved medieval streets, the city has a remarkably vibrant and creative community. History is abundant, culture is rife, and there’s an industrial edge sweeping the city, making it one of Europe’s hottest destinations. On this short five-day getaway, we’ll show you how to make the most of the city.

The airport is just 6 miles from Zurich’s city centre, so once you’ve touched down it’s an easy journey to your hotel. Check-in and relax with a coffee while you prepare for a day of exploring the Old Town, known locally as Altstadt. The narrow, cobbled streets are lined with medieval architecture, that give way to more intricate Renaissance buildings; each one tells a story of time. Your first day is a gentle introduction to the ancient gems this city has on offer, so we’ll arrange for a local guide to be on hand to tell you more about each sight while allowing you to explore at your own pace. As you head west across the Limmat river via Münsterbrücke, look back at the iconic double towers of Grossmünster church before continuing onto Fraumünster church, characterised by its graceful blue spire piercing the skyline and contemporary stain-glass windows by both Chagall and Giacometti.

Your second day in Zurich will help you get under the skin of an altogether more modern Zurich. District 5, also known as Zurich West, is fast emerging as one of the hippest areas in Europe. This old industrial quarter has been regenerating its disused spaces into quirky, unique venues that make for a fun day of exploration. Through the graffiti-ridden back-streets, trace the railway line and discover the shops and restaurants that now reside in its arches. Nearby, Frau Gerold’s Garten is a wonderful display of the creativity and community spirit you find in this area and makes for a pretty route (often with the addition of live music) as you head to Hauser & Wirth to get your fix of modern art. Spend the rest of the afternoon discovering concept stores and shops, and grabbing some food at Schiffbau, a ship factory turned theatre, which also has a lovely restaurant and bar called LaSalle.

TAKE TIME FROM THE CITY

Now it’s time to see beyond the city and venture into the Swiss countryside. First stop, Schaffhausen, a pretty medieval town about an hour’s drive into the mountains, for which we’ll arrange a chauffeur. Here you will have a private, behind the scenes tour of IWC, one of Switzerland’s world-famous watchmakers. Learn about the industry that has kept this country running so smoothly, and see the masters at work on beautiful timepieces.  Take some time to breathe in the even fresher air here while you look at the painted buildings and rolling landscape beyond. Afterwards, head to nearby Laufen Castle where you can pick up an adventure path which leads you to unrivalled views of Europe’s biggest waterfall, The Rhine Falls. On the way back, stop off at any little villages and towns that take your fancy, making sure you sample some of the Swiss chocolate on offer in each – or make a dedicated detour to the Swiss Maestrani Chocolate Factory.

Back in Zurich, we can arrange for you to have a backstage tour of Zurich’s spectacular opera house, where you might even be lucky enough to listen in on some rehearsals. Then revisit the areas that have most captured your heart, and, depending on the time of year, explore one of the many local market stalls. Year-round you can find artisan foods at Bahnhofmarkt on a Wednesday, or all sorts of flea market treasures at Kanzlei or Bürkliplatz on a Saturday; at Christmas, the city is awash with glittering local markets that will instil a sense of festivity in just about anyone.

Whatever time of year you decide to go, Zurich is the picture of a fairy-tale and doesn’t fail to deliver in magical experiences to boot. This is the perfect place to start your European adventure.

Sign up to receive our latest destination inspiration for Switzerland, as well as our travel predictions for the year to come.