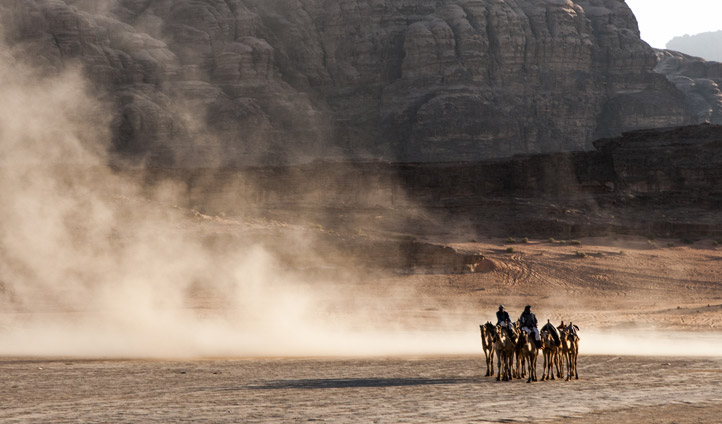 Embark on your own daring desert journey

Camp out with the Bedouins

Hide out like Lawrence in the tombs of Petra 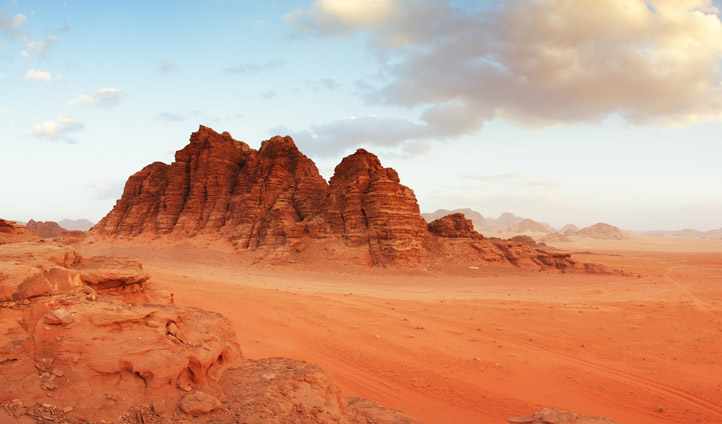 Embark on your own daring desert journey

When to go ALL YEAR ROUND
Price From £3,427 pp excluding flights
Ideal length 7-8 nights
Flight time 5 HRS FROM LONDON. 11HRS 15 MINS FROM NYC

It’s been 100 years since T.E. ‘Lawrence of Arabia’ penned his awe of Jordan’s “vast” and “God-like” lands in his legendary World War I memoirs. To mark this incredible centenary, we’ve created this 7 day trip where you can discover the true story behind this beloved character and his intrepid desert journey.

After landing in Amman, we’ll whisk you to your lux room at the Grand Hyatt where you can acclimatise to sights and sounds of this bustling Arabian city. The next day, we’ll begin your journey back through history with a pit-stop at the Military Museum. Here you’ll get a unique insight into the Arab Revolt and what it meant to the people of Jordan in the documents that chronicle the event in these memorial houses.

After your history lesson, it’s off to the Roman city of Jerash for more time travel as you tour the incredible Roman ruins of this historical site. As you trace the chariot marks in the stone floors and wander the columned passage ways, you’ll soon feel like you’ve left the modern world behind. But then it will be off to the Hijaz Railway where you’ll get to re-imagine the daring raids that Lawrence himself famously carried out on these lines and carriages, together with his Arab comrades.

Next, from city streets to stunning coast, we’re jetting you off to the very tip of southern Jordan where the sands meet the Red Sea. Aqaba is not just Jordan’s only coastal town, its fort is also one of the biggest battles of Lawrence’s Arab Revolt, when he was able to unite the Bedouin tribes and lead them to victory. You’ll get to tour the very fort where the battle took place before an afternoon cooking class where you’ll be able to create your own Arabian feast to toast to Lawrence’s triumph.

After you’re fed and watered, it’s time to hop onto a camel and follow Lawrence’s path into the enigmatic desert wilderness of Wadi Rum. We’ll set up a private Bedouin camp just for you, where you can spend the evening sipping hot tea and wine beside the campfire as you hear tribesmen recount their own stories of their ancestors, some of whom fought alongside Lawrence himself, before falling asleep in your luxury tent beneath a canopy of endless stars.

After a traditional Bedouin breakfast and sage-infused morning tea in your luxury camp, we’ll be taking you on a full-throttle jeep tour of Wadi Rum’s vast desertscapes. You’ll get to admire Lawrence’s Seven Pillars of Wisdom, the majestic red mountains that left him in awe, and other sites where the rebels hid, camped and lived during their days of war. But don’t worry, this evening you’ll be luxuriating in the beautiful Movenpick in Wadi Musa, to get some rest before exploring Petra.

It’s on every bucket list, and for good reason—Petra is a place where you can feel the history in the red dust and rocks. The magic here is hard to put into words, Lawrence himself said in 1914 “till you have seen it you have not had the glimmering of an idea how beautiful a place can be.” Lucky then that you’ll have the whole morning to explore its majesty and hike its hidden trails.

Next on your Arabian journey, it’s off to Al-Karak to visit the largest Crusader castle of Kerak. Marvel at the vaulted galleries and fascinating mix of Byzantine, European and Arab architecture of this sprawling site which greatly impressed Lawrence—he sketched the castle many times during his stay.

Then, to bring your desert adventure to a close, we’ll take you to the rejuvenating waters of the Dead Sea, where you can float and unwind in the mineral riches, and absorb the incredible experiences you’ve enjoyed in just 7 days. We’re sure you’ll return home feeling like a desert crusader with many a tale to inspire and awe your family and friends.