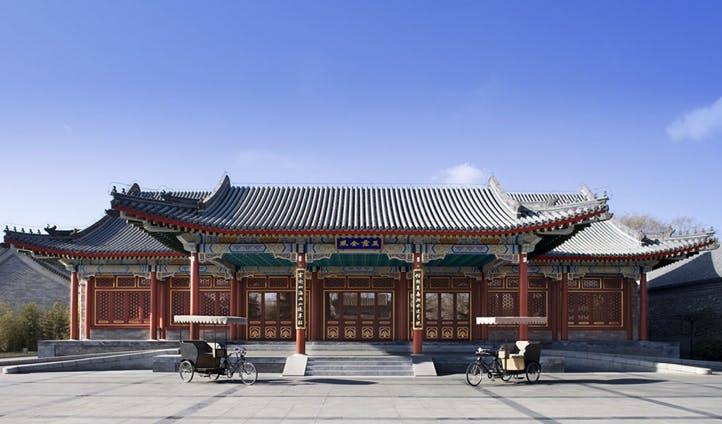 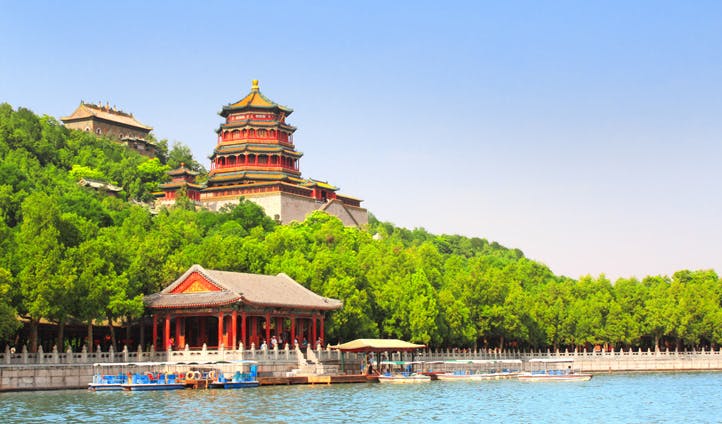 Enjoy a privileged location, just steps from the Summer Palace 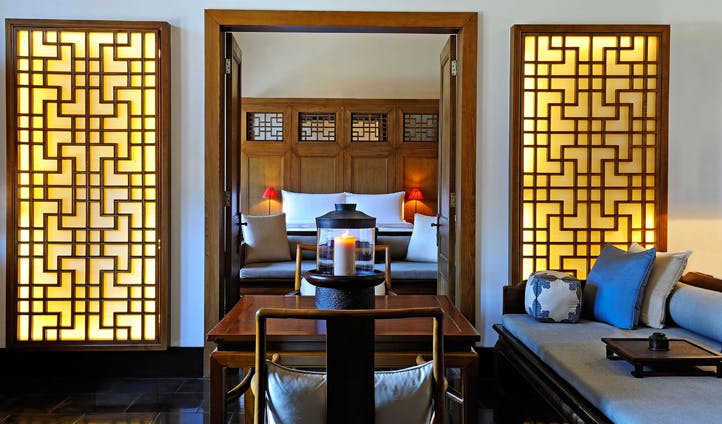 Imperial living in the Imperial Suite 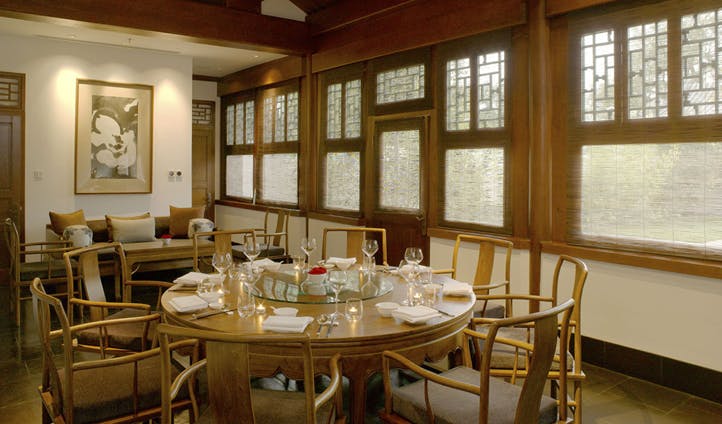 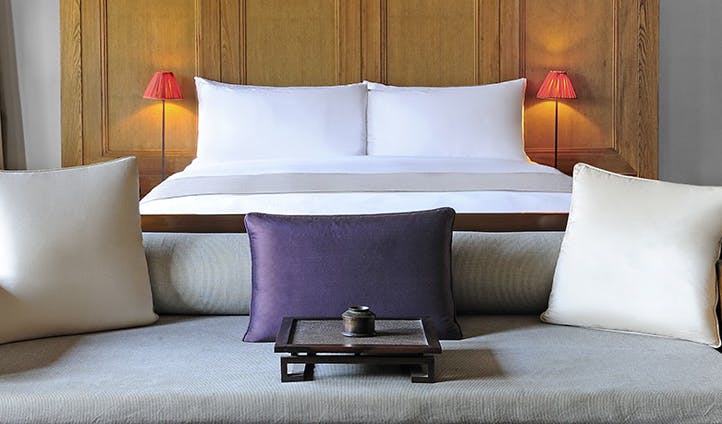 Rest your head after a day exploring the capital 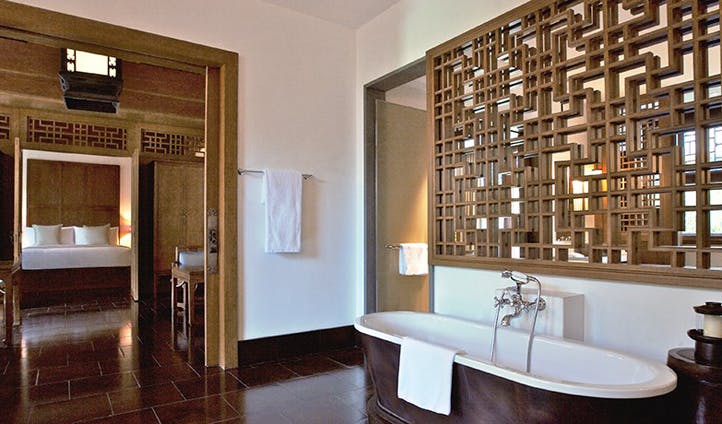 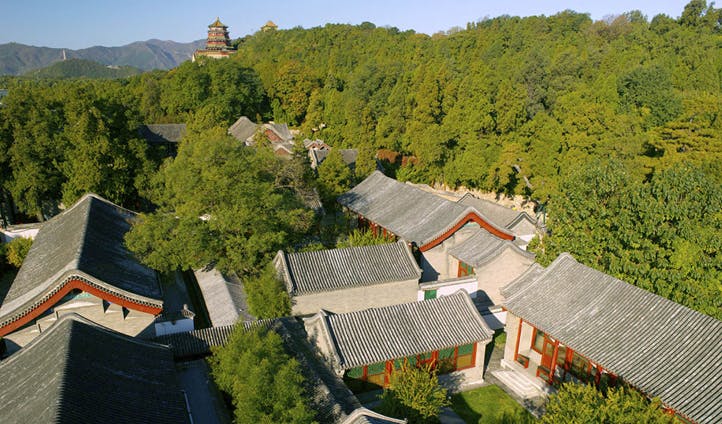 A peaceful escape from the city 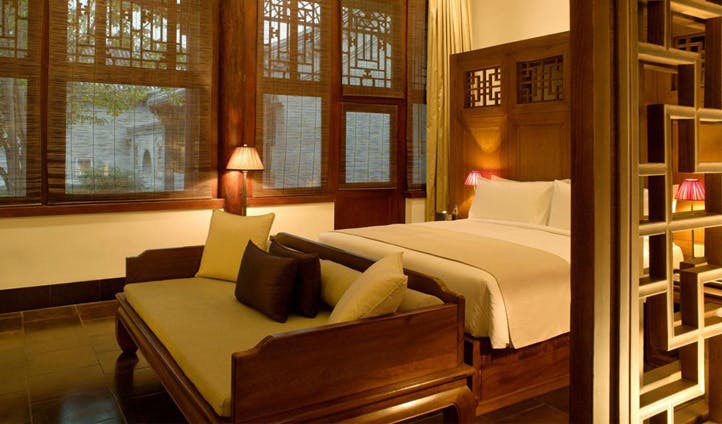 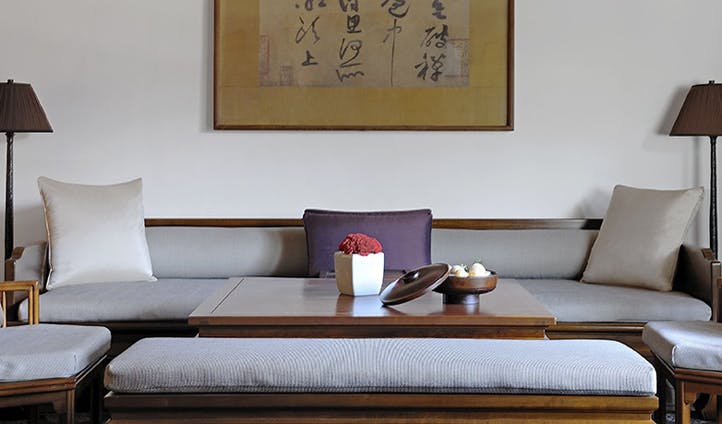 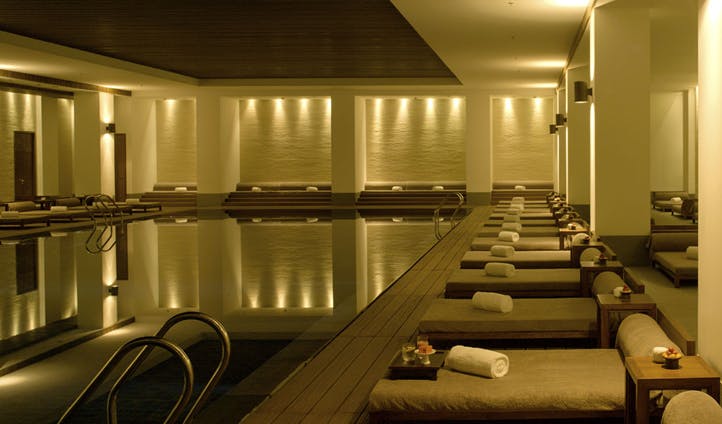 Head down to the sprawling subterranean spa 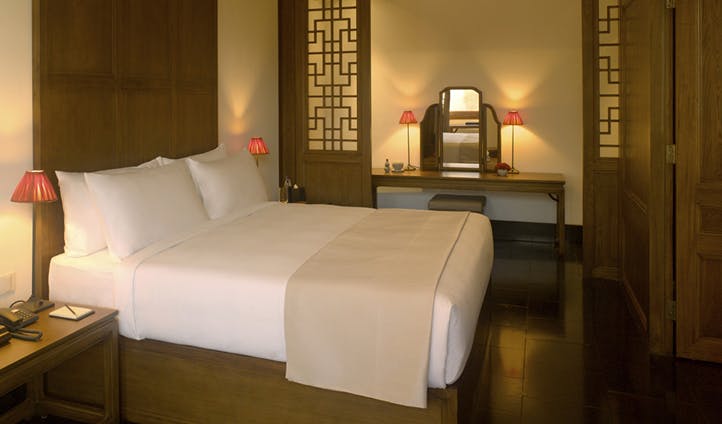 Peace and tranquility in your suite 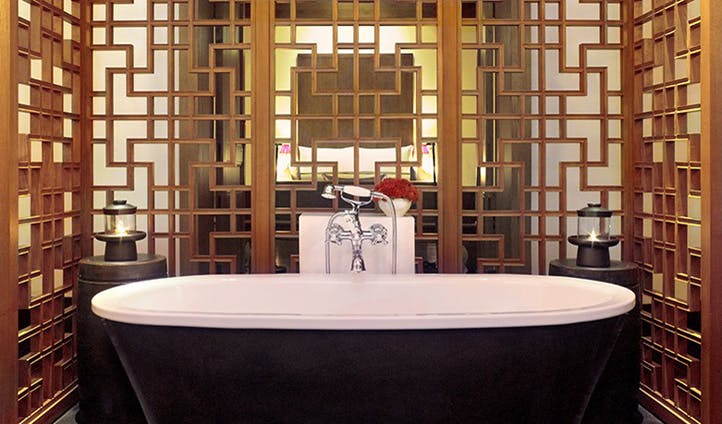 Sink into your island bathtub 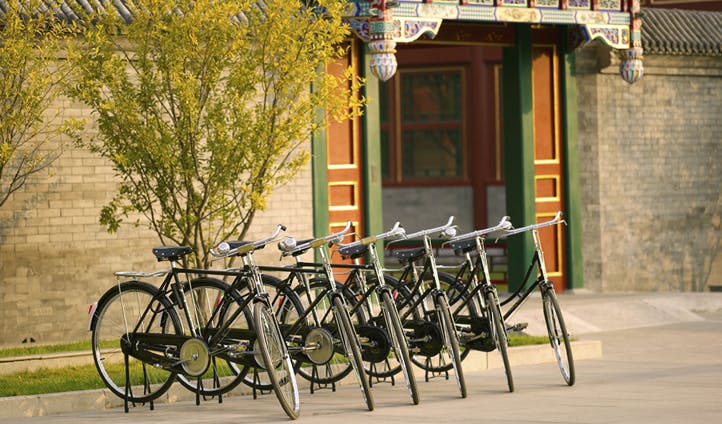 Enjoy a leisurely cycle around the Summer Palace 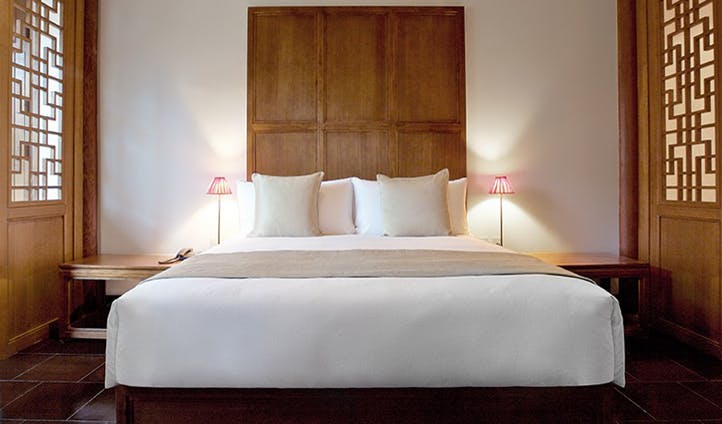 Curl up in a king sized bed 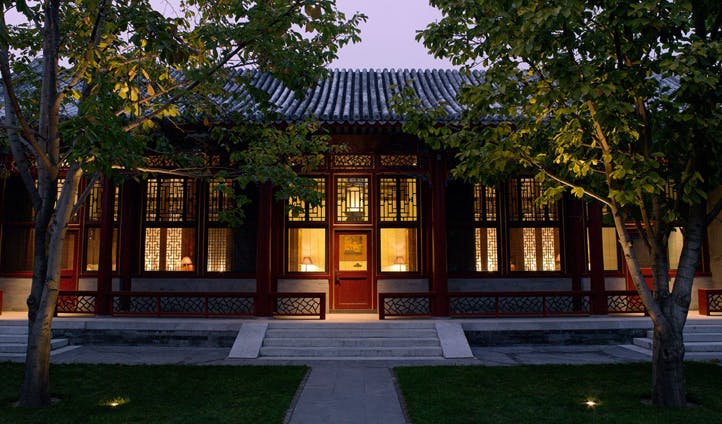 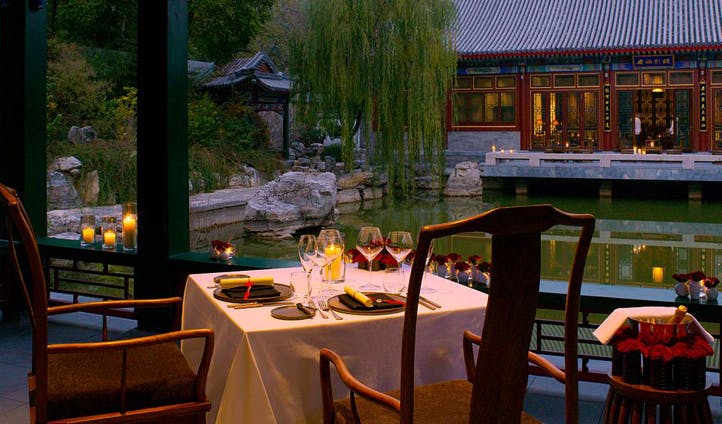 Dine beside the lotus ponds 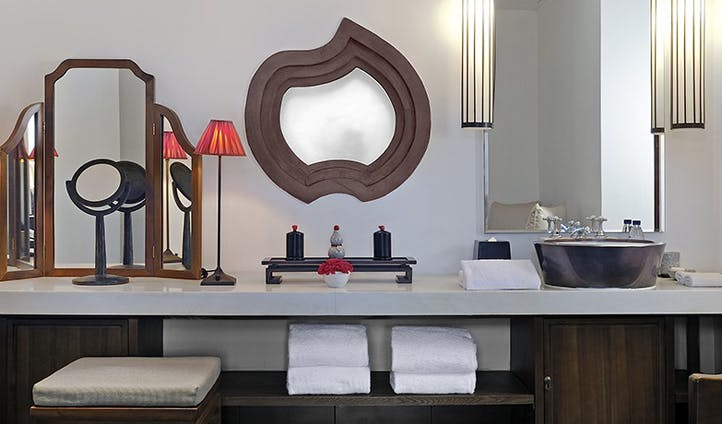 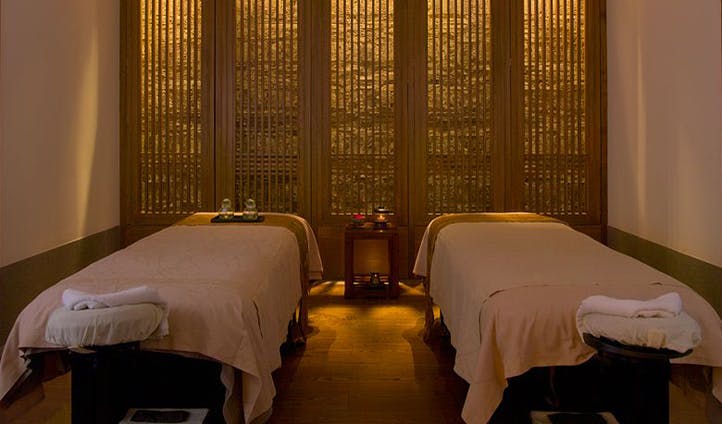 Indulge in a signature treatment at the spa 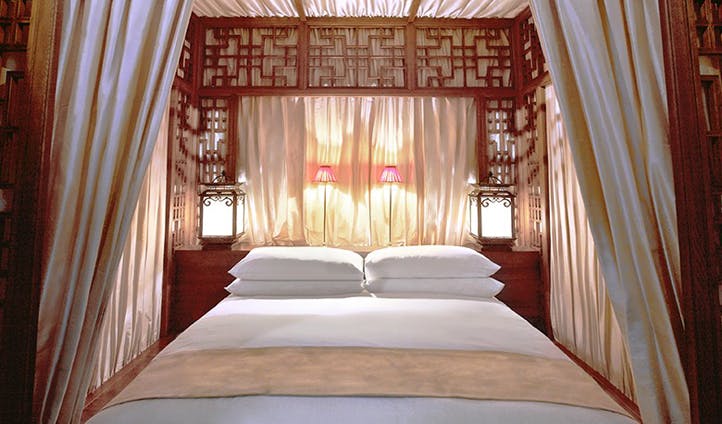 A bed fit for an emperor

There is quite simply no other way to experience Imperial China than with a stay at Aman Summer Palace. Just a few steps from the East Gate of the the picturesque Summer Palace gardens, you are in prime position to explore the history and energy of Beijing. The royal experience is only heightened by the heritage-rich pavilions that, having previously been used by those awaiting an audience with the Empress, now form this luxurious Aman property. Add to that 51 elegant rooms and suites, three gourmet restaurants, a signature (and vast) Aman spa and you’re living the imperial life.

Set around Kunming Lake, the beautiful pavilions and ornate bridges of the Summer Palace make for a picturesque retreat year round – and you’ve got imperial access. Beat the crowds and glimpse the gardens in the early morning light or just before they close at dusk. It’s a photographers paradise. If you decide  to venture beyond the Summer Palace (and we definitely recommend it), five more UNESCO World Heritage sites await you, including the Temple of Heaven, Forbidden City and the iconic Great Wall. In a peaceful spot just outside the buzz of downtown Beijing, Aman Summer Palace is just a 40-minute drive from the airport.

Is an Aman really an Aman without a jaw-dropping spa? Spread across two subterranean levels the vast spa of Aman Summer Palace is an unadulterated sanctuary with a range of therapies drawing on imperial traditions. Collaborating with a former imperial medical dispensary, the spa has developed a number of seasonal herbal poultices guaranteed to soothe body and soul. But if massages aren’t your thing? There’s also a sky-lit pilates and yoga studio, 25m lap pool, cutting edge gym, two squash courts, steam and sauna, jacuzzi and plunge pool. So what will it be?

Beijing, Xi'an & Shanghai: Master the Art of Kung Fu on a Luxury Holiday to Imperial China

Sign up to receive our latest destination inspiration for China, as well as our travel predictions for the year to come.