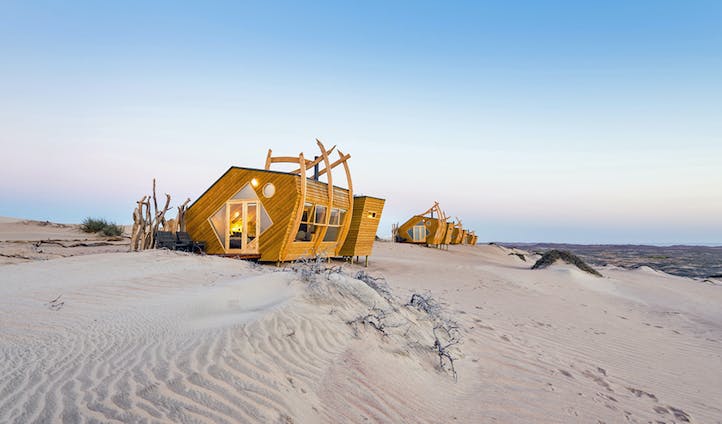 Truly unique; the lodges are inspired by the shipwrecks that line the Skeleton Coast 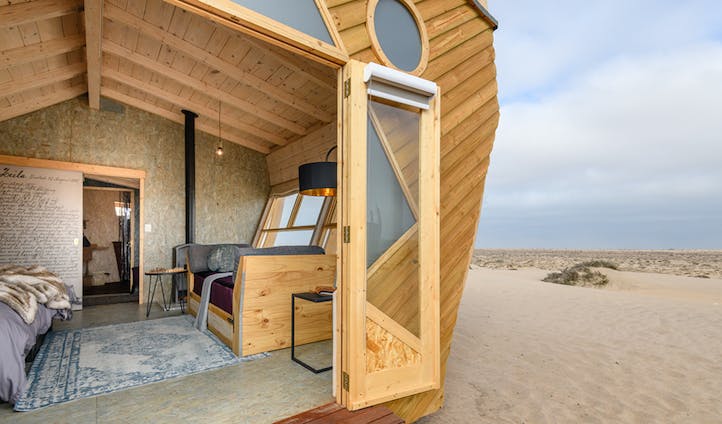 Your little piece of heaven 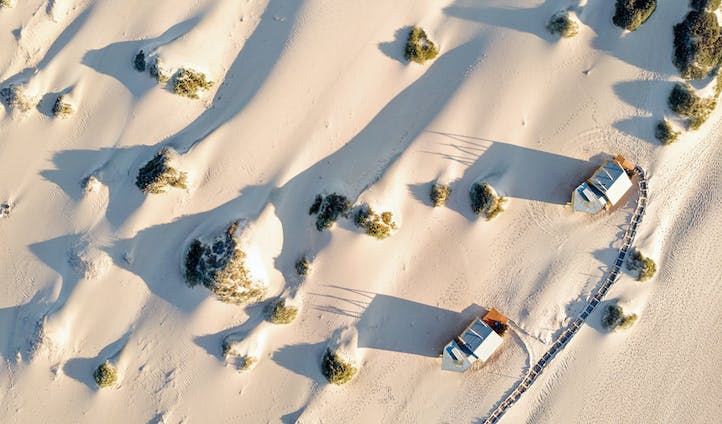 The lodges, few and far between, offer the ultimate seclusion 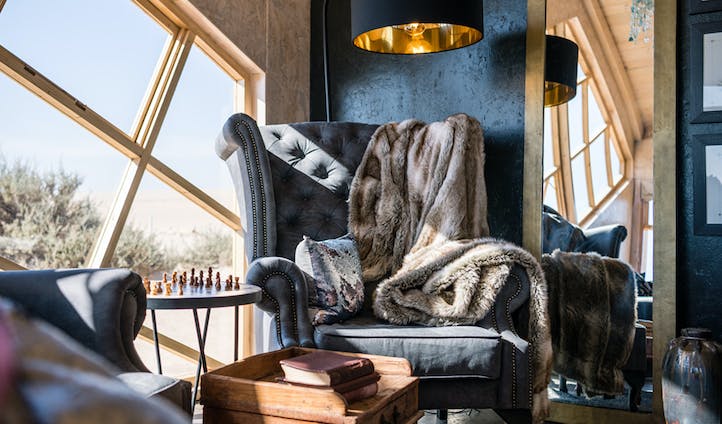 Escape from it all 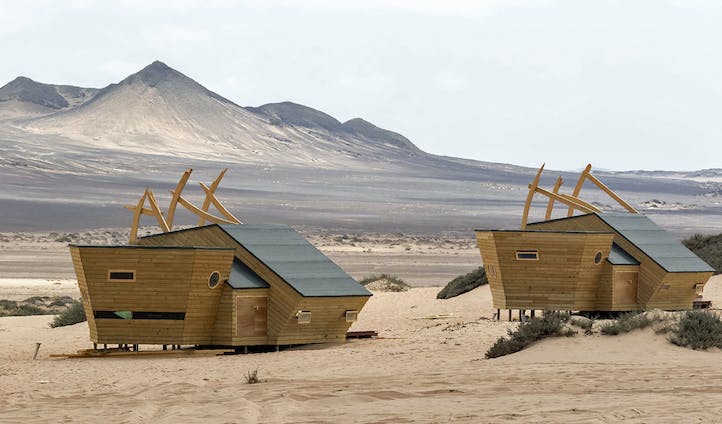 Nestled amid the dunes of the Skeleton Coast 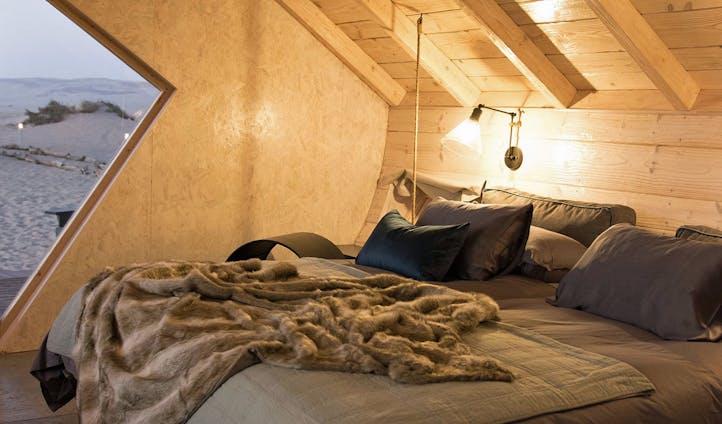 Retreat to your luxury lodge 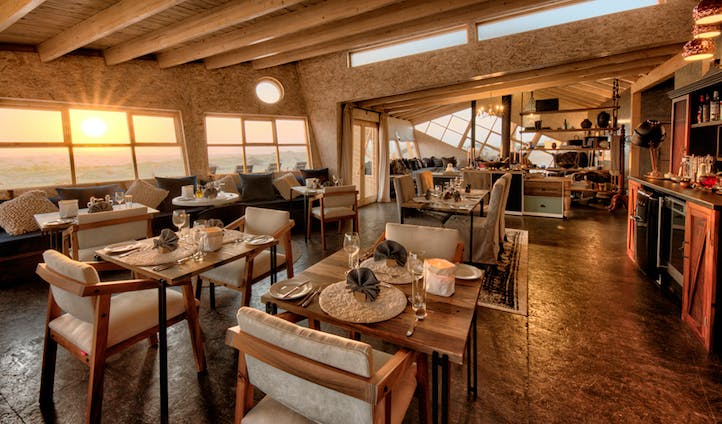 Fine dining in the desert 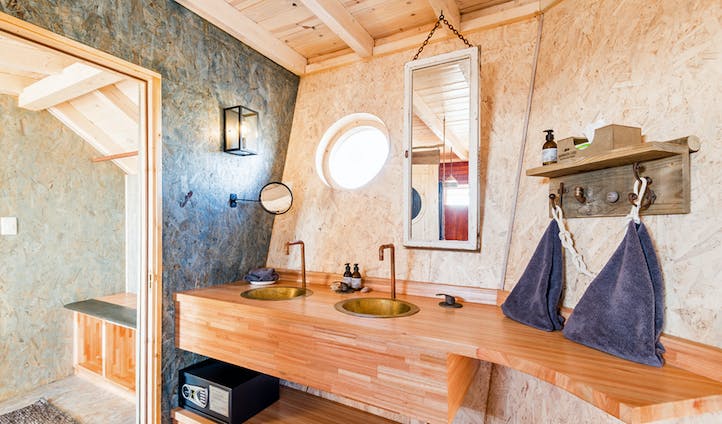 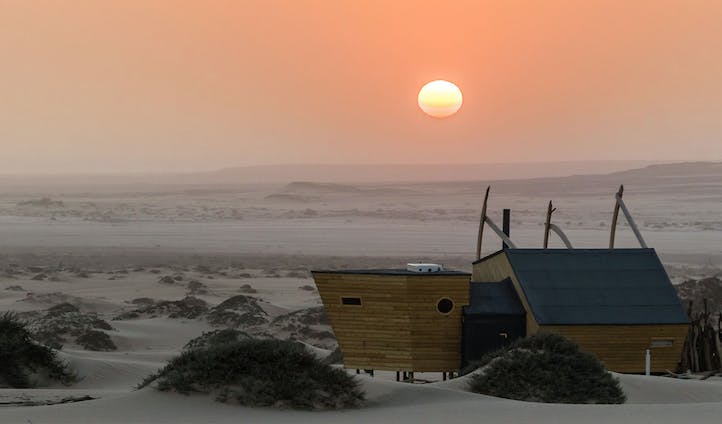 Wake up each morning to a view like no other 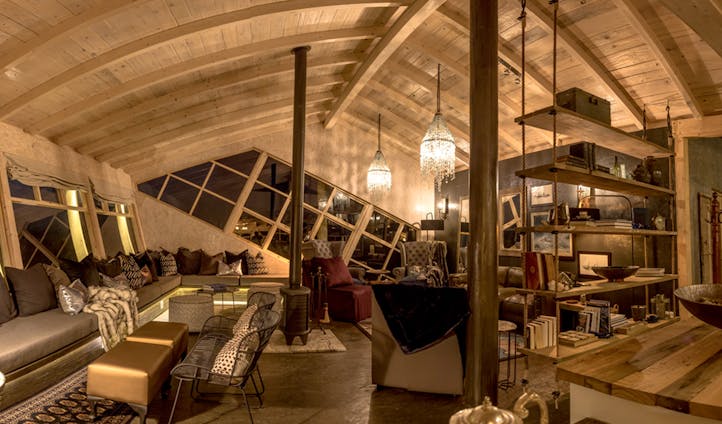 Sit for hours fireside in the cosy main lodge

A land exuding an eerie desolation, Namibia’s Skeleton Coast has always invited the curious and the adventurous. Now, Shipwreck Lodge invites the curious, the adventurous – and those in search of a unique sense of luxury. Where the rough seas of the Atlantic Ocean meet the incessant rolling dunes of the world’s oldest desert and where over 1,000 shipwrecks line the shore; this is the first hotel on the infamous coastline. Escape to one of the ten shipwreck-style lodges and experience the solitude of the Namibian desert like never before as you venture out to the Hoarusib River, explore the remnants of the shore’s shipwrecks and sink your toes into the desert sands.

Shipwreck Lodge, lying between the Hoarusib and Hoanib rivers of Namibia’s Skeleton Coast, lies a two and a half hour flight from the country’s capital, Windhoek, into nearby Mowe Bay. As you fly over the golden sands of the ancient desert, look out for the seal colonies and packs of hyenas that roam the shores below. You’ll meet them on the ground later. The one-of-a-kind chalets of Shipwreck Lodge lie nestled among the dunes with uninterrupted views of the coast’s notoriously treacherous Atlantic Ocean and just steps away from the thousands of shipwrecks that line its shores. It’s time to explore.

The ten lodges lie few and far between along the sands of the Skeleton Coast, promising the ultimate seclusion and privacy. Inspired by the famous shipwrecks that litter the shores, each wooden lodge is designed to look like a shipwreck jutting out of the sands. Step into your solar-powered lodge, get the fire going and gaze out of the panoramic glass windows as the sun begins to set and the golden sands turn burnt orange. Drift off to sleep beneath swathes of fur and to the sound of nothing but the crashing waves of the Atlantic and the cackling of hyenas in the distance.

Shipwreck Lodge’s restaurant and lounge are at the heart of it all; with wood-burning stoves dotted around the lodge, deep sofas to sink into, and fur blankets to hibernate beneath. Sip on a hot morning coffee inside the lounge before heading out on a day filled with adventure, and end the day with an evening sundowner out on the deck taking in the uninterrupted views of the contrasting landscape found nowhere else on the planet. A tiny cluster of luxury amid an 80 million-year-old desert, Shipwreck Lodge invites you to experience one of the most unique and isolated parts of the world.

Namibia & Zambia: A Stylish Safari from the Skies

Sign up to receive our latest destination inspiration for Namibia, as well as our travel predictions for the year to come.