Home / Inspirations / Where does travel go next?

An insight into the future of luxury travel

From driver-less cars, hover boards and space tourism, to virtual reality, supersonic private jets and super-fast Hyperloop trains, the future of travel has us buzzing with excitement. Companies hoping to capitalize on our generation’s two obsessions; technological innovation and world travel, have begun collaborating with rocket scientists of all people. Now the likes of Virgin, Uber and SpaceX, amongst others, are poised with innovative new business ventures which will transform the way we travel and could see us orbiting the Earth rather than holidaying in the sun, and diving into the deep rather than into the pool.

The sea of utopic futurism currently flooding the internet may make the 21st century that Marty McFly and Doc envisioned seem a lot closer than we thought, but within our life time what can we actually expect to happen? Will we really be visiting Mars on our summer holidays? Are we ever going to be choosing between Marty’s hover board and Doc’s flying car to get us to work?

Space travel is an area that scientists and engineers have been making leaps and bounds in for years, and we’ve known it’s possible for astronauts to make it to and from the Moon in one piece since 1969. Now companies such as Richard Branson’s Virgin Galactic have begun dipping their toes in the allusive space-travel-for-tourism pool with hopes that well-heeled passengers will be able to orbit the Earth for fun any day now. Just imagine how out-of-this-world impressive it will be.

But bringing ourselves back down to Earth for just a moment, we thought we would share with you some equally epic travel technology of the future that is inspiring all of us in the Black Tomato office.

At the forefront f travel innovation and chief promoter of the ‘humans in space’ ideology is Elon Musk. Architect of Tesla, CEO of Space X and the brains behind PayPal, think of him as this generation’s Bill Gates. One of his most thrilling and pragmatic ideas is the superfast Hyperloop train. With an impressive predicted speed of 600 MPH, this supersonic train would be able to take passengers from L.A. to the San Francisco Bay Area, or London to Edinburgh in an astonishing 35 minutes.

Describing it as ‘a cross between a Concorde, a railgun, and an air hockey table’, Musk’s Hyerloop would transport passengers in a pod which is fired through a low-pressure tube, much like a vacuum. This may sound more like something from the script of a new Ridley Scott film than a viable transportation option but the technology is already making its way into real world with Richard Branson’s Virgin Hyperloop One competing with Hyperloop Transportation Technologies to be the first to build a cost-effective and operational version.

Just outside of Las Vegas, Virgin Hyperloop One started testing its model on a track in May 2016 and has claimed that it will be ready for passenger use by 2021.

While Musk is not developing a model himself he tweeted in July 2017 that the U.S. government had approved his proposal for an East Coast Hyperloop between New York, Philadelphia, Baltimore and Washington D.C. that would make a daily commute between the cities a possibility. A development of this calibre would have unprecedented effects on travel, not only making the commute of city workers in ginormous countries like the U.S. exponentially easier but also opening the doors for tourists looking to take luxury holidays involving multiple stop-overs.

A new wave of baby boomers

Talking of up-market travel, who remembers the Concord? A supersonic plane that travelled twice as fast as the speed of sound and could transport passengers from London to New York in only three and a half hours; it was the pinnacle of luxury long haul.

The plane was retired in 2003 after numerous crashes that made it unsafe for commercial use, and we all went back to lengthy overnight flights and the dreaded plane food. But now another supersonic passenger jet is being developed with the support of, you guessed it, Richard Branson which could blast even the Concord out of the water, and make a weekend trip to another continent as effortless as one to the English countryside.

‘Boom Supersonic’ is hoping to begin test flights of its first plane, the adorably named Baby Boom, by the end of 2018 and, if successful, could be transporting passengers across the Atlantic in a mere three hours and fifteen minutes by 2025. Potentially less than ten years until Boom is blasting through our skies and the Hyperloop is catapulting across our countries, what an exciting prospect.

Clearly long distance luxury travel is being revolutionized and here at Black Tomato we are brimming with excitement at the thought of one day soon helping our clients discover all four corners of the globe in supersonic splendour.

‘Boom Supersonic’ is hoping to begin test flights of its first plane, the adorably named Baby Boom, by the end of 2018 and, if successful, could be transporting passengers across the Atlantic in a mere three hours and fifteen minutes by 2025.

Potentially less than ten years until Boom is blasting through our skies and the Hyperloop is catapulting across our countries, what an exciting prospect. Clearly long distance luxury travel is being revolutionized and here at Black Tomato we are brimming with excitement at the thought of one day soon helping our clients discover all four corners of the globe in supersonic splendour.

Dubai is not one to be outdone

From long distances at supersonic speed to short distances in the air, Dubai is looking to totally transform city travel and put an end to congestion once and for all in the most Dubai way possible. Yes, we’re talking human carrying drones and flying cars. This all began in November 2015 when Uber began offering a helicopter service during the Grand Prix.

Due to its popularity the company has partnered with a tour company to offer a regular Uber Chopper service and has since taken this attempt to transport people across busy cities by sky one step further by hiring a NASA employee to develop the technology for a real life flying car. Mark Moore is reportedly competing against Google co-founder Larry Page and his $100 million investment in Zee Aero and Kitty Hawk in this venture.

Although the technology to make a flying car possible is being tinkered with at the moment it is highly unlikely we will be seeing them cruising above our heads anytime soon, as the development of driverless cars is taking priority in the industry and they are already starting to be used on our roads.

What Dubai is hoping to make a reality in the very near future is the world’s first drone taxi service. Chinese company EHang has been developing a helicopter-like drone, not for taking Oscar worthy travel videos like we do at Black Tomato, but for carrying the weight of a human (and their suitcase) for 30 minutes. I know what you’re wondering and yes apparently these drones do land safely even if they malfunction… fingers crossed.

According to Dubai’s Transportation Agency the taxi drones were planned to be introduced city wide by July 2017 but it now looks like a five year plan is more realistic. Whether used as a means of transportation by Dubai or as a way for us at Black Tomato to take unbeatable holiday pics for clients, drones are already having a massive impact on the way we travel and are definitely here to stay.

So if the technology companies developing these new transportation methods stick to their self-imposed deadlines we may not be seeing flying cars zooming about within ten years, but we could have supersonic planes whisking us away on our holidays and giant drones ferrying us from the airport to the hotel by sky.

Whether you are a tech wiz or barely know how to use your iPhone, the endless possibilities that modern technological innovation can provide mankind with is at times mind boggling but always inspiring. Here at Black Tomato we think the future of technology will change everything in the travel industry and will open the door to us being able to craft experiences even more ground breaking and luxurious than we already do.

Our imaginations have been fired up and we’re waiting with bated breath for the day when we will be able to offer luxury travel experiences to clients that involve supersonic speed and other-worldly wonder. 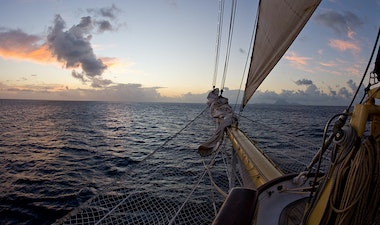 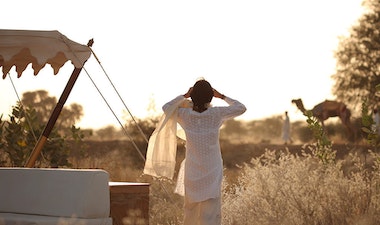 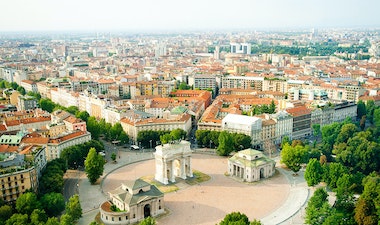 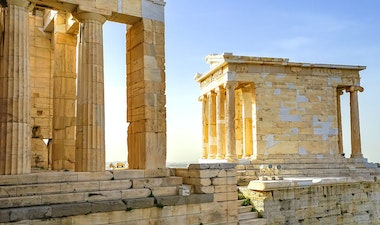