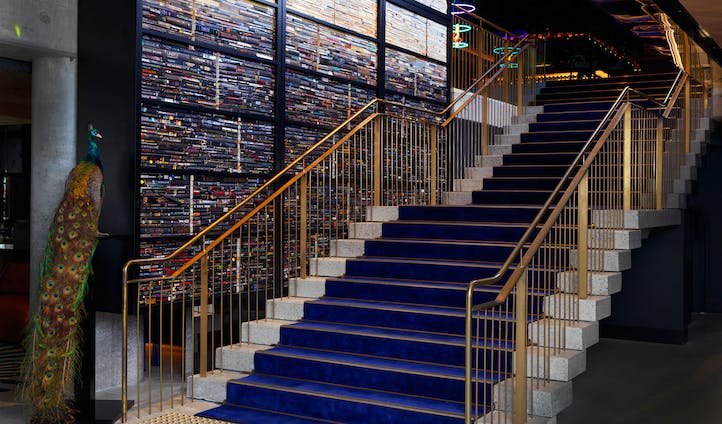 Quirky touches give the hotel its own distinct personality 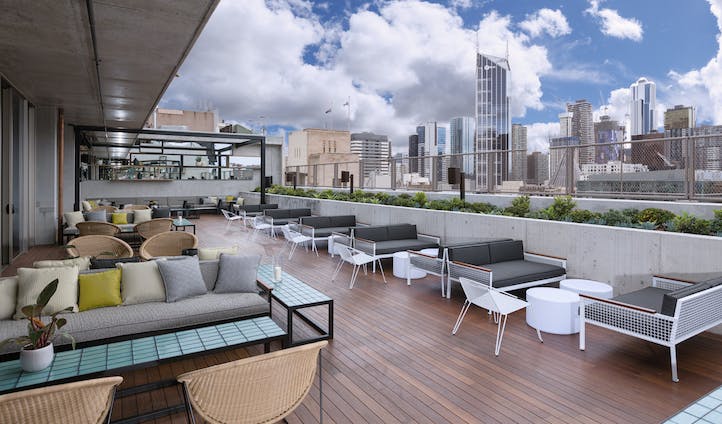 Soak in the Melbourne skyline from the rooftop bar

Grab a slice of Melbourne's food scene at Pascale 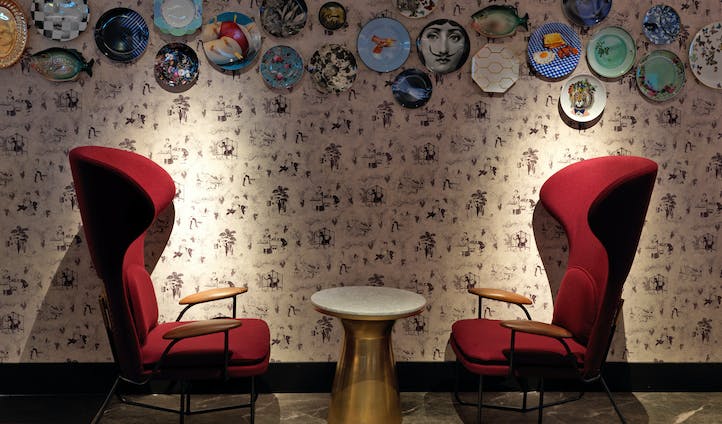 Settle into a stylish stay in Melbourne

It seems only fair that in Australia’s trendiest city, you stay in its trendiest hotel. Enter, QT Melbourne. Achingly hip but with a penchant for luxury, it’s the go-to hang-out for well-heeled Melburnians. Granted, it’s topped by a rooftop bar with a horticultural twist – but that’s not all the 188-room hotel has going for it. There’s an air of a casually flung together design on first glance, with 6,000 books lining the staircase and a peacock standing sentry, however, it’s soon clear that every corner has been painstakingly curated to impressive effect. Whether it’s the flawless angles of your room, the sleek interface of the open kitchen at Pascale or the enviable location – QT’s success is no accident.

Nestled on leafy Russell Street in the heart of the fashion district, only half an hour from the airport, you’re perfectly poised to explore Melbourne’s world-renowned social scene from QT. No matter which way you look, you’ll find independent boutiques, low-lit bars and restaurants which cover every cuisine you can think of. Should you rather stay in though, the views from Rooftop at QT are sweeping enough to give the lay of the land.

Somewhere between industrial chic and supreme comfort, you’ll find the 188 rooms of QT Melbourne. Whilst characterised by a mood board of poured concrete and brushed metal, the effect is somewhat softer than you might expect. We blame the beds. Giant, pillowing and king-size, it’ll take all your willpower not to dive in on first sight. For further temptation, opt for one of the higher floor rooms for views across the city or, better still, one of the corner rooms where freestanding bathtubs are placed at the perfect angle within the room to enjoy those views in utmost style.

Much like the city itself, QT Melbourne does not shy away from great dining. It’s never just about the food either and Pascale strikes the perfect note when it comes to atmosphere, sitting somewhere between the buzz of a much-lauded venue and the sophistication of a luxury hotel. Cuisine only adds to the theatrics, served as it is from the open kitchen, using produce grown on the hotel’s rooftop garden in a move which gives a touch of green to this urban hotel. Speaking of the Rooftop, you’ll find us here well into the early hours, only to return on opening the next day.