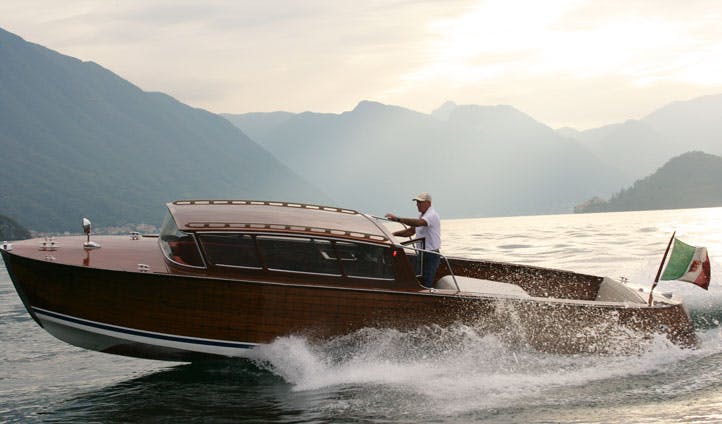 Set off on a luxury honeymoon through Italy, kickstarting with a private boat tour on Lake Como 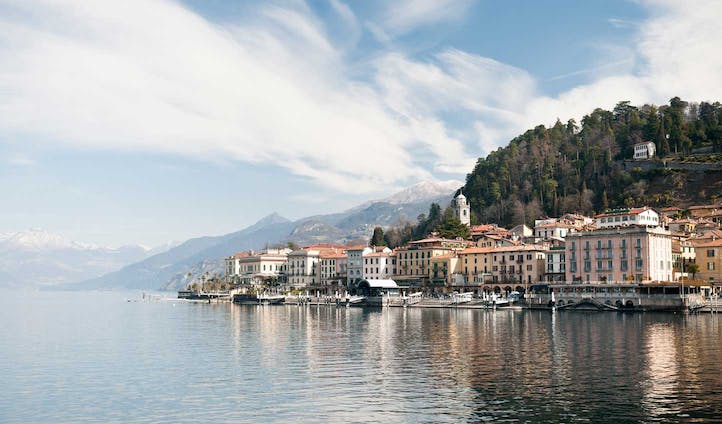 Take some time to explore the stylish shores of Lake Como 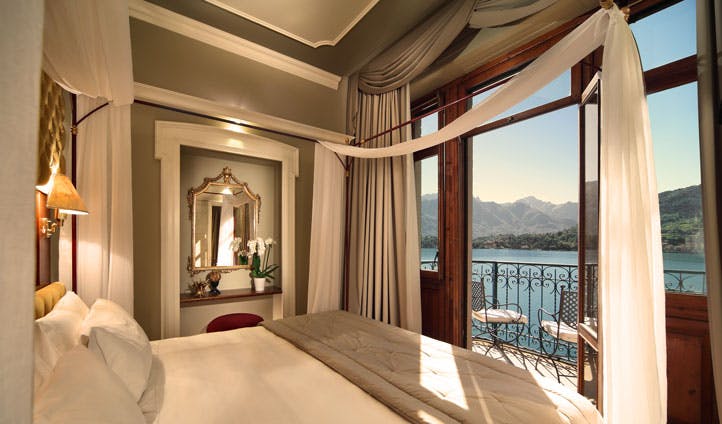 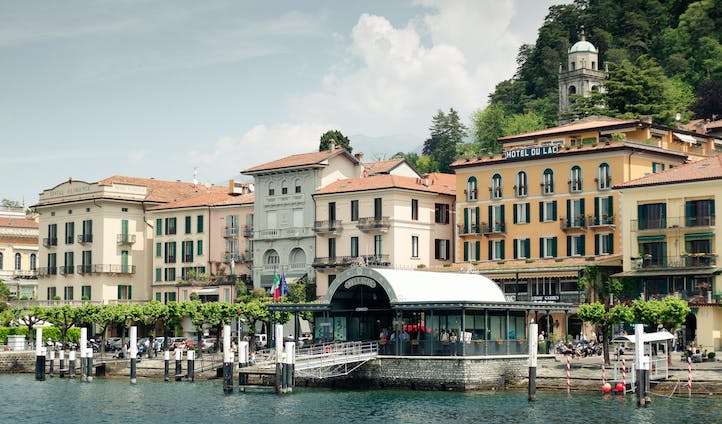 Make a pit stop in Bellagio, the Pearl of the Lake, and enjoy lunch alfresco 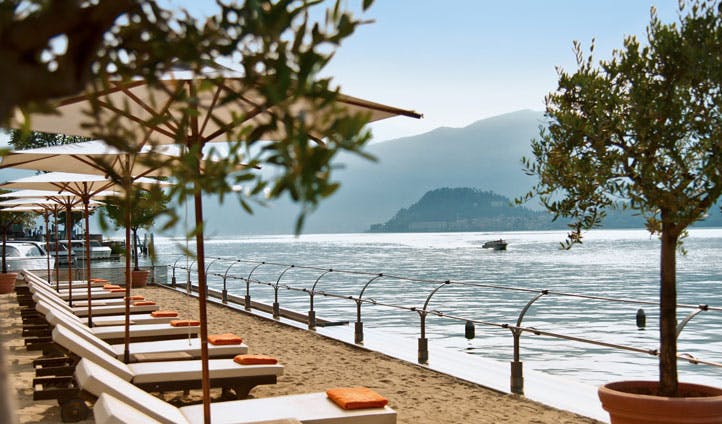 Save some time to relax on Tremezzo's very own 'beach' 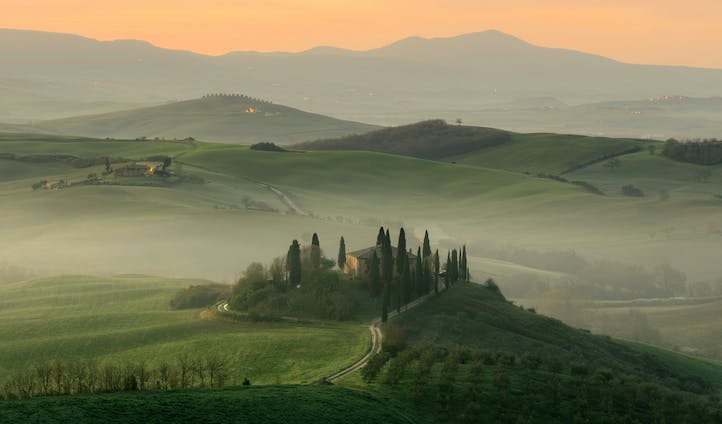 Head south to the rolling hills of Tuscany 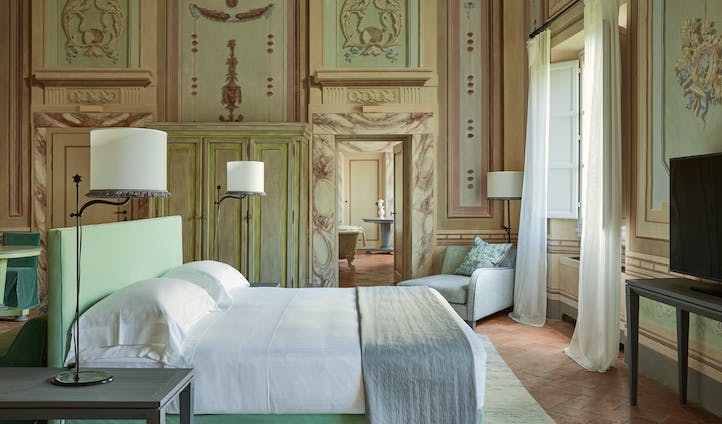 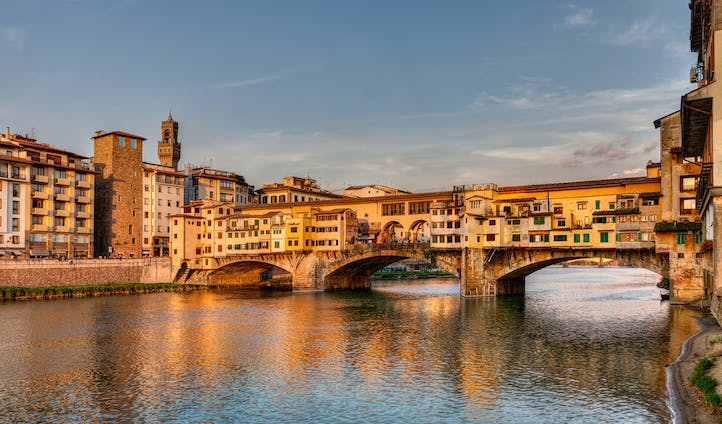 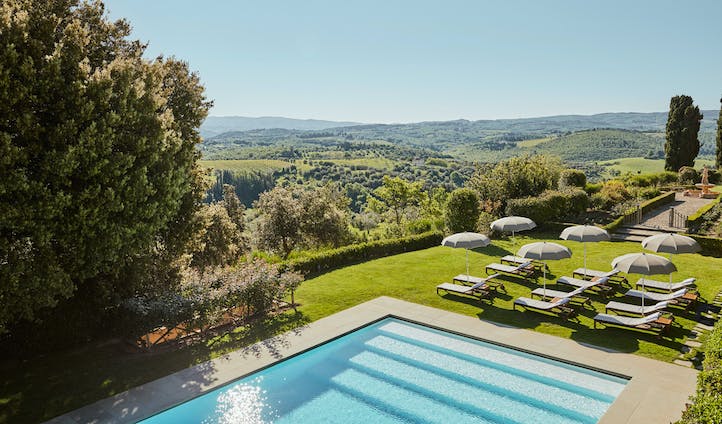 Cool off beneath the midday sun 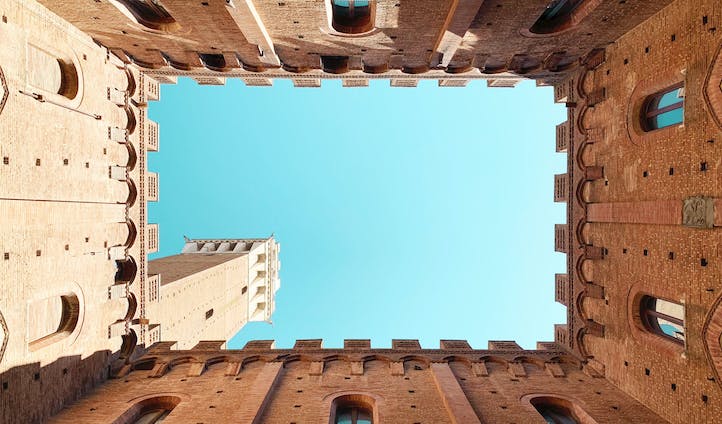 Soak in the traditions of Siena in the Palazzo Publico 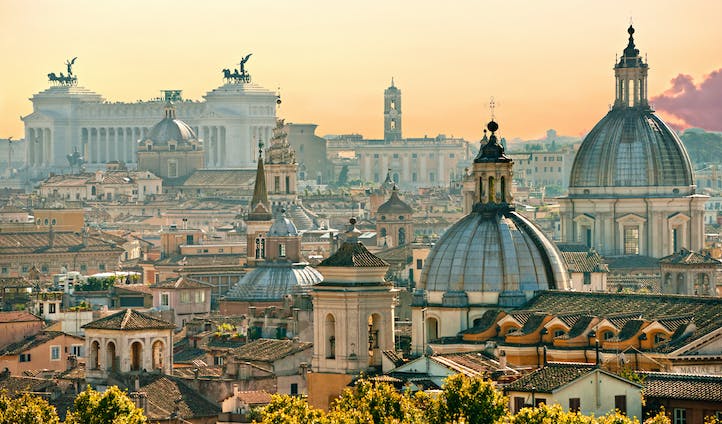 Catch the sunset over the Eternal City 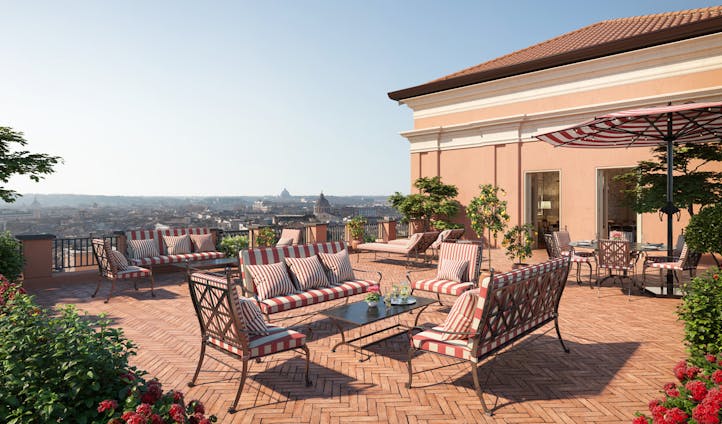 Soak in the views from Hotel de la Ville 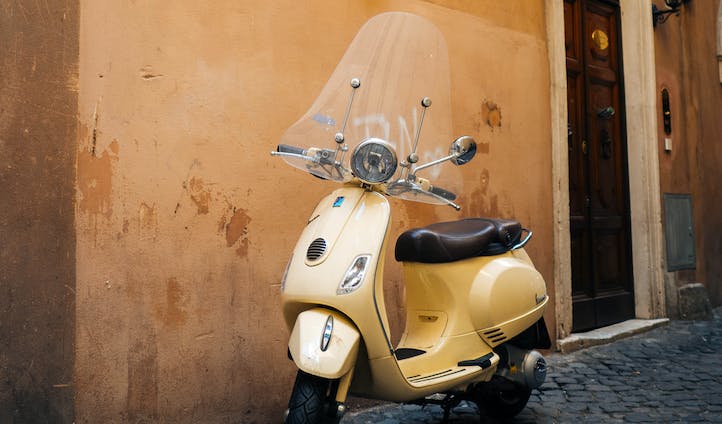 See Rome as the Romans do 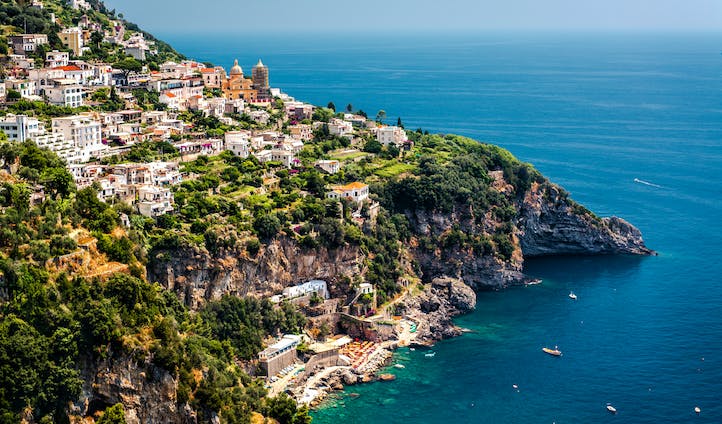 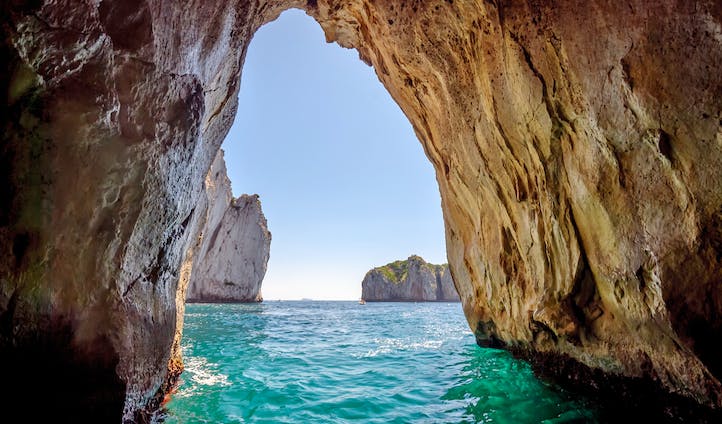 Venture out on a private boat trip to Capri 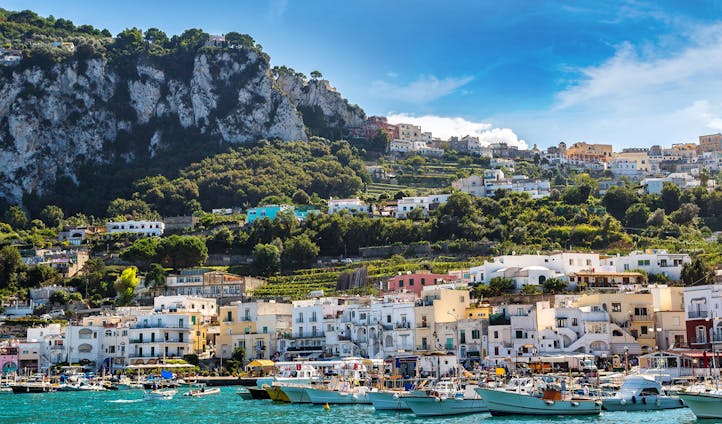 Sail into the picturesque harbour 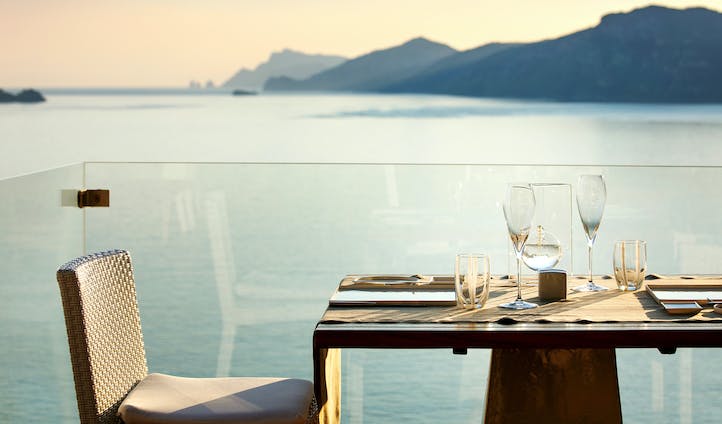 Dine somewhere between sea and sky at Casa Angelina 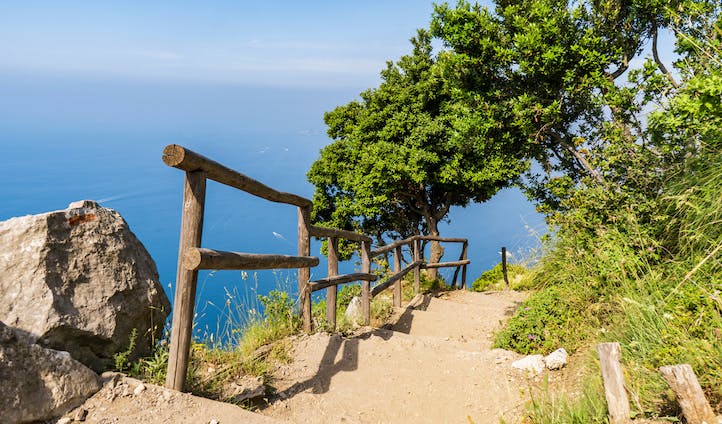 Italy, synonymous with romance, has always made for an irresistible honeymoon

The soft pearlescent glow of Lake Como at sunrise; the Tuscan air heavy with the scent of cypress; the sweltering haze of a summer’s evening in Rome; the rush of an after-dinner limoncello on the Amalfi Coast. Italy’s honeymoon prowess is no accident but a carefully curated series of sensations that will stay with you through your anniversaries to come. That’s why we’ve wrapped up our 15 years of romancing into this, our ultimate Italian honeymoon. 12 nights travelling south from Lake Como to the Amalfi Coast, through Tuscany and Rome, driving vintage cars, crafting gelato and sailing over lakes and seas. All you need to do is say ‘I do’.

Your honeymoon begins on the perennially stylish shores of Lake Como, where you’ll spend your first three nights in the palatial luxury of Grand Hotel Tremezzo. On check-in, we’ll not only hand over the key to a beautiful lake view room – but also those to a vintage car. Head downstairs where we’ll have a gourmet picnic and map waiting for you as you set off on one of our favourite drives, stopping off wherever your heart desires. The next day, you’ll see the lake in all its splendour from a custom Riva boat on a private boat tour. Join Carlo down on the dock as he takes the helm and unveils some of Como’s most illustrious addresses, from the Casino Royale film set of Villa del Balbianello to the wisteria-crawled Villa d’Este. After a final day enjoying the serenity of Tremezzo, you’ll then head south to Tuscany.

Settle in amid the olive groves at one of our favourite properties, COMO Castello del Nero. Here you’ll spend the afternoon hitting reset in their signature Shambhala Retreat Spa before enjoying a romantic Michelin-starred dinner at La Torre. Tomorrow, it’s off to Florence in the company of Sylvia, one of our best guides, who will introduce the city from whichever perspective you want to see it from. For the sartorially inclined, there’s a private tour of the Ferragamo Museum, while for those with an eye for the Renaissance, we’ll take you through the iconic Uffizi Gallery, granting you privileged access to the usually off-limits Vasari Corridor. Cap off the day by taking on the Duomo’s 463 steps up to Brunelleschi’s cupola and admiring the views across the city as the sun sets over the Arno River.

One of Tuscany’s most celebrated events, the Palio is a fast-paced horserace through the city streets that generates unbelievable levels of joy and excitement. Held twice a year, in July and August, it is the perfect time to visit the city. Following a day to explore Tuscany at your leisure – sampling the world’s best gelato in San Gimignano or sipping a Chianti Classico wine in Greve – we’ll immerse you further into the Palio with a day in Siena. Divided up into a series of ‘contrada’, or neighbourhoods, there is heaps of personality to be found in this historic city. Amble between adversaries Aquila and Panthera, noting how the insignias follow you as you do, before ending up at the Piazza del Campo amid the history – and cheer – of the Palio itself.

After one last ricciarelli, the famous Sienese almond cookie, at historic Caffe Nannini, you’ll leave Tuscany behind for the grandeur of Rome. Checking in at Hotel de la Ville, perched atop the Spanish Steps, you’ll be perfectly positioned to explore the Eternal City over the next three days. To help find your bearings, we’ll set you up on a private city tour – starting with pre-opening access to the Vatican, if you like. From there, it’s on through the Campo dei Fiori, the beating heart of everyday Roman life, to lunch at Roscioli’s before winding up amid the grandeur of the Colosseum. Tomorrow, you’ll roll your sleeves up in a gelato making class at one of the best gelaterias in Rome. Alongside a gelato expert, you’ll enjoy a step-by-step workshop to create your own signature flavour (we find a dash of limoncello is always a good idea), before savouring your efforts.

Amalfi from all angles: The ancient Path of the Gods, a stylish private boat trip to Capri and local limoncello producers

Your final stop comes in the form of the inimitable Amalfi Coast. Delicately scented by the lemons which cling to its hillsides and characterised by a wash of crumbling pastel, there’s an unshakeable romance to the place. No more so than when seen from the cliff face-hugging terrace of Casa Angelina, your home for these final three nights. Kickstart your stay with a taste of the local Sfusato Amalfitano lemons before taking to the water on a private speedboat trip to the island of Capri. Soaring out of the water, Capri takes on its own unique personality with its rugged coastline, dotted by caves and grottos, contrasting against the effervescent warmth of its namesake town. For an alternative view of the Amalfi, however, we’ll take you down the iconic Path of the Gods. An ancient, meandering mule path up the cliffs, you’ll follow the path through the rosemary clad hillsides to reach Nocelle and the sweeping views it affords down the coastline – before cooling down with a quick dip in the sea at Arienzo.

For a final flourish to your honeymoon, we’ll then arrange for you to enjoy a private rooftop dinner at Casa Angelina on your final night in Italy, watching as the sun fades into the Mediterranean one last time.

Switzerland & Italy: A Luxury Holiday in the Alps, Lakes and Coast