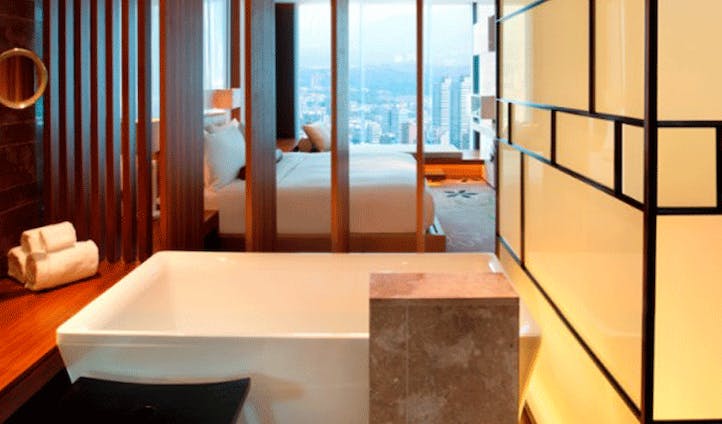 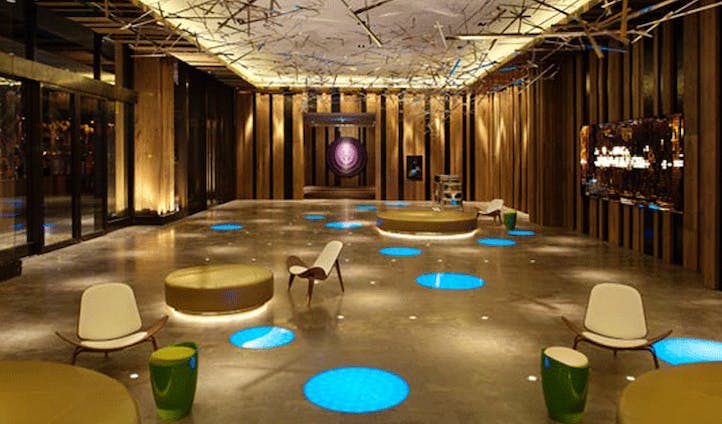 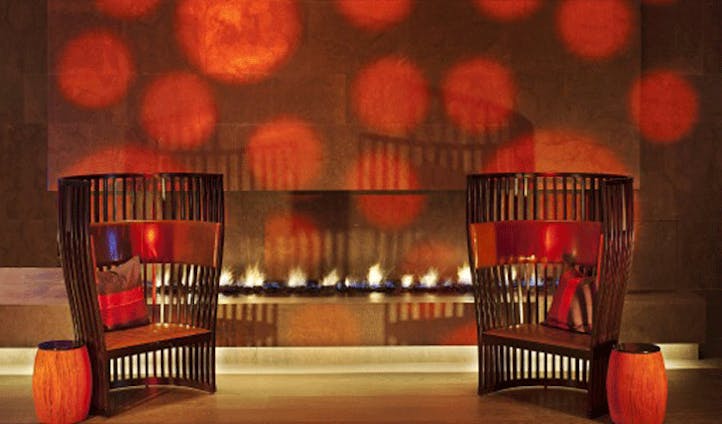 When Taiwan surprises, it does it spectacularly. We’ve been surprised about Taiwan’s striking scenery, eclectic culture and warm and open hearted people, and now we’ve found a hotel, W Taipei that’s knocked our socks off (and replaced them with some comfy monogrammed slippers). W Taipei is an ultra-modern hotel that raises the bar on chic, and combines it with the kind of classic opulence that would make Louis XIV blush. Think spa-style bathrooms, private terraces with chill loungers, and a magnificent pool that really is one of a kind, and you’re only starting to discover the W Taipei experience that awaits you.

In the heart of Taipei’s Xinyi district, the home of Taiwan’s jet-set glitterati crowd, W Taipei couldn’t be better located to indulge those shopaholic urges and marvel at the architecture that has made Taipei’s skyline world famous. The hip Uni-Hanku department store is located below the hotel and the city’s world-class malls are all connected by uber-modern suspended footbridges. Taipei 101 stands watch nearby (this pagoda-inspired structure is an astronomical 509 metres tall – the second tallest in the world) and Taipei’s major monuments are all just moments away. Inside the hotel, views reach out over the Taipei basin, taking in Taipei’s mega-metropolis downtown structures, and stretching out into Taiwan’s awesome mountains in the distance.

The 405 rooms range from dreamy interpretations of modern chic to outright palatial decadence. Adorned with the signature W bed, futuristic entertainment systems, and modern use of marble and oak, the rooms surprise as much as they comfort, delight as much as they soothe. Contemporary, brightly coloured coffee tables and chairs, super-comfy couches, innovative lighting and bathrooms filled with enough marble and futuristic fittings to blend the 16th and 21st centuries with seamless beauty. Indulging in the Extreme WOW suite means you’ll be swanning around in 365sq metres of luxury with 360 degree views of the city, with marble sitting alongside a 66’’ flat screen TV and ultra-modern technology blending in next to your own private sauna. This is awesome old-school luxury mixed expertly with new-wave modernity.

We know that Taiwan is a place of exciting contrasts and surprises; super-structures tower next to traditional tea shops and Taiwanese, Chinese, and European cultures blend in eccentric fashion, and here at W Taipei, the best of everything

Taiwanese has been moulded into something unique and truly special. Step into a state-of-the-art hotel that still maintains an old-world charm, and dip into traditional cuisine at W Taipei’s modern restaurant, prepared by celebrity chef, Jereme Leung. It all combines to make a W Taipei something that perfectly represents Taiwan; spectacular, contrasting and utterly surprising.