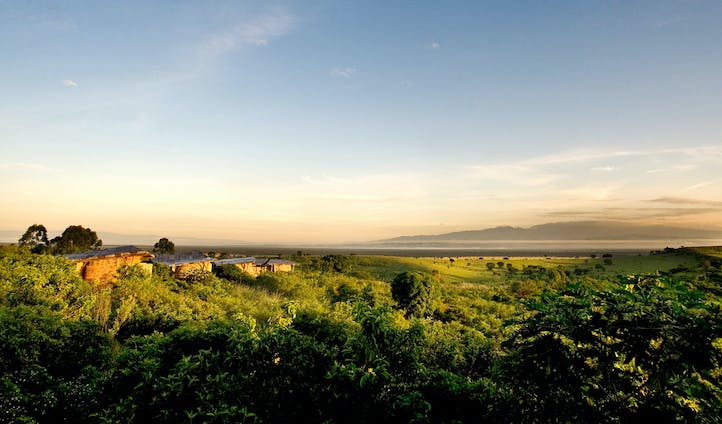 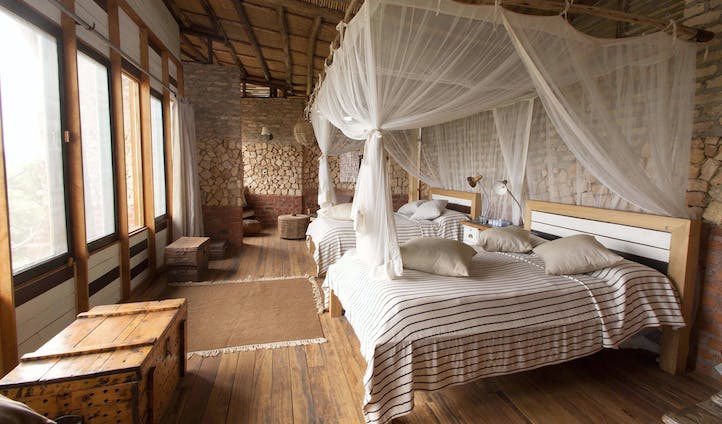 Natural interiors that reflect local customs, yet with a contemporary edge 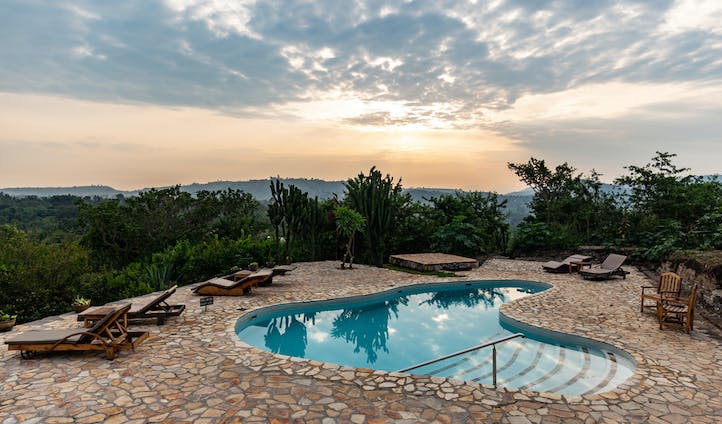 Enjoy a refreshing dip in the pool 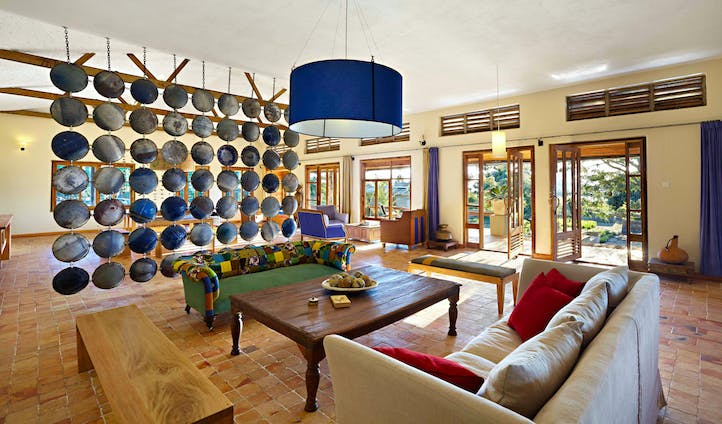 Bright touches create a friendly space in which to unwind 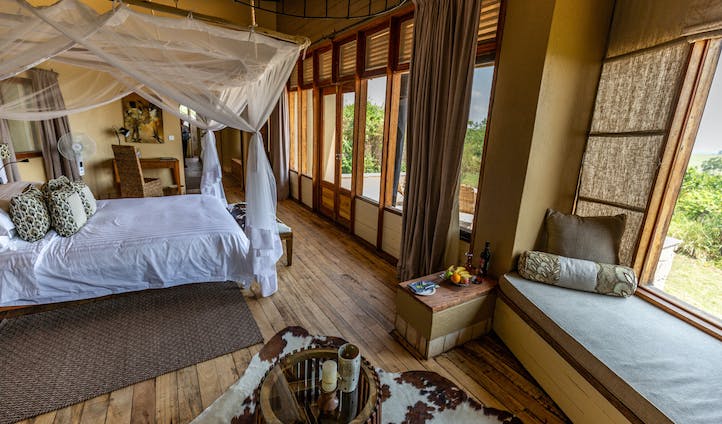 Wake up to sweeping views across the valley

A former coffee store reimagined as a contemporary safari lodge, Kyambura Gorge Lodge breathes new life into the Ugandan hillsides. Perched above the sunken Kyambura Gorge, this is undoubtedly chimp country – but there’s also time for tree climbing lions, a dip in the saltwater pool and a much longed for and all-relaxing massage. Allow the friendly staff to welcome you into one of the eight traditionally designed bandas as you experience the magic of Kyambura.

Perfectly positioned between two of Uganda’s wildlife hotspots, days at Kyambura Gorge Lodge come hard to beat. Queen Elizabeth National Park sits to one side with its big cats and birding, whilst to the other lies Kyambura Gorge and its families of chimpanzees. Elsewhere in the distance, but best enjoyed from your private balcony, you’ll find rolling savanna backing into the distant Rwenzori mountains. Just an hour’s flight from Entebbe and a two-hour drive later, the wild is calling.

Each of the eight bandas at Kyambura Gorge Lodge is named after one of the local chimps, deriving its own unique style and personality. Traditional building techniques such as thatched roofs and local accents tie the bandas into their surroundings, whilst contemporary touches bring a luxurious edge. Waking up each morning though to step out onto your private balcony and watch the jungle come to life; that’s all you’ll need.

At Kyambura, it’s not just a case of seeing the wildlife in their natural habitat – but of understanding that wildlife. We loved spending time with expert researchers out on game drives in Queen Elizabeth to monitor lion prides and observe their behaviour before jumping in a boat down the Kazinga Channel to get that little bit closer to the wildlife that flocks to the banks.

Rwanda & Uganda: Walk with the Apes of East Africa

Sign up to receive our latest destination inspiration for Uganda, as well as our travel predictions for the year to come.