Home / Inspirations / This is what you should do in Lima, Peru’s boisterous and cultured capital

What to see and do in Lima, Peru in 36 hours

We sat down with Tom, our Peru Travel Expert, and asked: what’s so great about Lima, and why go there with us?

Lima, Peru’s coastal capital, has seriously muscled up its cool-kid reputation over the past ten years. Historically, travellers landed in the city only to dash forward to Cusco and Machu Picchu. This, we think, is a mistake. That’s because modern Peru is home to a  dense thicket of outrageously on-trend neighbourhoods, globally-renowned eateries (Central, under Virgilio Martinez’s wing, is a must), and more cultural cachet than you can wave a stick at. To put it bluntly, we love Lima: a city you’ll want to spend at least two nights in to fully absorb. This is why we’ve written this guide to what your luxury Black Tomato tour of Lima will look, taste, sound and feel like. Day by day and dish by dish.

With so much to do, DIY travellers – or those travelling on very loose itineraries – often find it hard to get to grips with this never-stop city. Our approach – as with all of our trips and luxury tours in Peru – are different. That’s because they place emphasis on getting a true local’s perspective and incomparable access. Getting into the kitchen of the city’s best restaurant? Done. Meeting the artists changing the city’s look? Not a problem. This guide explains how long you should spend in Lima, how you can make the most of it, and what you’ll do while you’re there with us.

Take it away, Tom.

Luxury tours of Lima – with a Black Tomato twist

“Well, my first time in Lima was a bit overwhelming” noted Tom, who originally visited Lima in 2011 – a solo traveller on his debut trip to the country. “There was just so, so much to do. I didn’t have a local to show me the ropes.” Today, with the help of guides like Piero, he can stun even the locals with his knowledge of the city. “You wouldn’t believe how quickly things are changing. How excited locals are about its food, its culture, its energy.” This is a modern, confident and innovative city, meaning that while you can soak up its more authentic and historic side, you can also enjoy the high-end luxuries you’d elsewhere in the world. Our luxury tours – for this reason – place significant emphasis on gourmet eating and immersive local culture.

Lima in a nutshell? Rolling pacific breakers; Inca ruins and temples; vibrant, bright and (happily) messy; outstanding nightlife; gorgeously executed Colonial baroque; and the restaurant capital of South America. How does that sound?

Your first day in Lima – a luxury chef’s table tour

Lima’s reputation as a foodie’s mecca is undisputed. “Honestly, the city’s dining is out of this world” explains Tom, before descending into a lyrical monologue on the joys of the fried-pork sanguches (a Peruvian staple) at El Chinto and the tucked-away spots where you can find the freshest ceviche. With Virgilio Martinez being the break-out star of Netflix’s Chef’s Table, you’ll get the perfect low-down on its hot eateries, from degustation menu-serving palaces to rough-and-ready street food.

Indeed, we’ve worked closely with Virgilio – the owner of Michelin-award winning Central – to curate an insider’s, chef’s-eye-view tasting tour of his home city. You can find out more, and make a booking, here. This includes a reservation at Central (the Solar Mucilage is to die for), a privately-guided visit to the Mater Iniciativa headquarters in trendy Barranco (accompanied by Virgilio and his food-maestro sister Malena), before meeting up with chef Ignacio Barros in a showdown cooking class.

We like to cap the night with a pisco sour tasting tour of Barranco. For us, camaraderie and local insight are what make an itinerary truly sing. It’s why we travel.

We’ve worked closely with Virgilio – the owner of Michelin-award winning Central – to curate an insider’s, chef’s-eye-view tasting tour of his home city.

Your second day in Lima – a walking tour with the locals

Wake up and shake off the sours. On your second day (rising from your bed in the grand Hotel B), we’ll give you an immersive tour into the city’s 16th-century urban centre. Including the baroque architecture of the Archbishop’s Palace and the pastel-yellow colonial style of the Municipal Palace. Lots of palaces, basically.

Your afternoon will encompass a guided tour of the city’s Chicha art movement, which came to life under Elliot Tupac during the 1980s. Here, fluorescent, colourful messages are used to surprise and inspire. We can arrange for you to attend an art workshop to see, first hand, how these often sprawling works are put into practice.

Often, our clients like to tour the city’s districts by bike. From bohemian Barranco to charming Miraflores. Others chose to hit the waves (not forgetting that Lima is a coastal Pacific city). We’ll arrange for equipment and even pro tutorials should you prefer. All you have to do is ask.

After a day of walking, your mind will turn to thoughts of food. This is where we can dive even deeper into the specifics. In the neighbourhood around Hotel B (your base for these 36 hours), locals cram into gourmet gelateria BLU or the trendy and nearby Barranco Beer Company. The emphasis is on artisanal produce, local ingredients, and trendy crowds. The cool-kids swarm around CasaLoCasa (art dealers, fashionistas, writers). Others prefer the even newer neighbourhood of Callao. Founded by conquistadors in 1537, the grand plazas and monuments (such as the Real Felipe fortress) were at one time falling into decay. Today, they’ve seen a brand new buzz. Others might prefer Gastón Acurio’s vibrant, trendsetting Astrid y Gastón in the San Isidro district. Whatever way you look at it, an evening in Lima can go in one hundred different directions.

But that’s why we work with locals like Piero – people who can nudge you in the right direction. Friends and advisors who know which kitchens are on the up and which ones are overrated.

Your third day in Lima – it’s all about art

Having been introduced to the work of Eliot Tupac on your second day, it’s time to experience Lima’s cultural renaissance more broadly. With contemporary art fairs such as ArtLima and PArC coming to the city, there is a healthy new coterie of trend-setting galleries. MATE opened in 2012, while places such as the gallery-shop of La Kasa Roja are playing a role in reshaping the city’s districts. During your tours, we can arrange for you to lean into the city’s art.

And with your 36 hours up, now’s the time to head deeper into Peru – jumping head-first from gourmet small plates (hats off to Virgil for the life-changing 13-course meal) and into the ancient Inca past. The Sacred Valley awaits. And a shaman, with whom you’ll bless the earth.

Clients adore Hotel B. Not only is it artsy and boutique, but it’s also staggeringly well located in trendy Barranco. It is frequently called Lima’s most beautiful hotel, and for good reason. Palatial surrounds, a lively neighbourhood, and five-star service.

We’re also lifelong fans of Belmond Miraflores Park, which sits in greater quiet and seclusion – albeit only 20 minutes from the city centre. Where Hotel B is all about the location and vibes, Miraflores Park is about stepping away from it all. You could do both, or either. Just ask.

Ok, these are the three most important things I’ve learned in this; my adoptive city.

Get in touch today to book your personalized, Black Tomato trip to Lima and Peru. 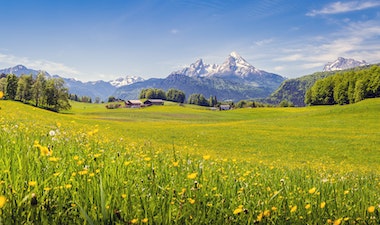 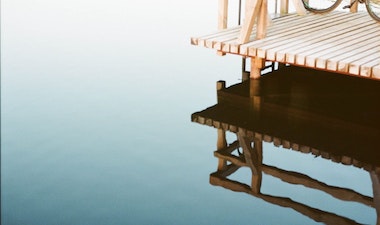 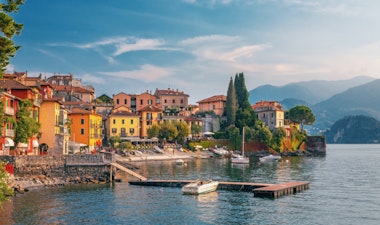 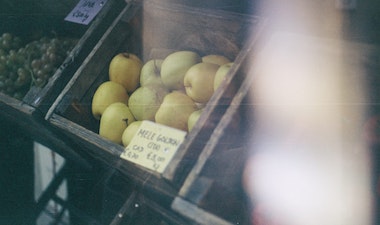 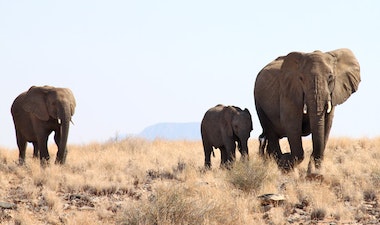 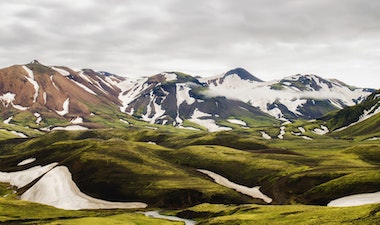