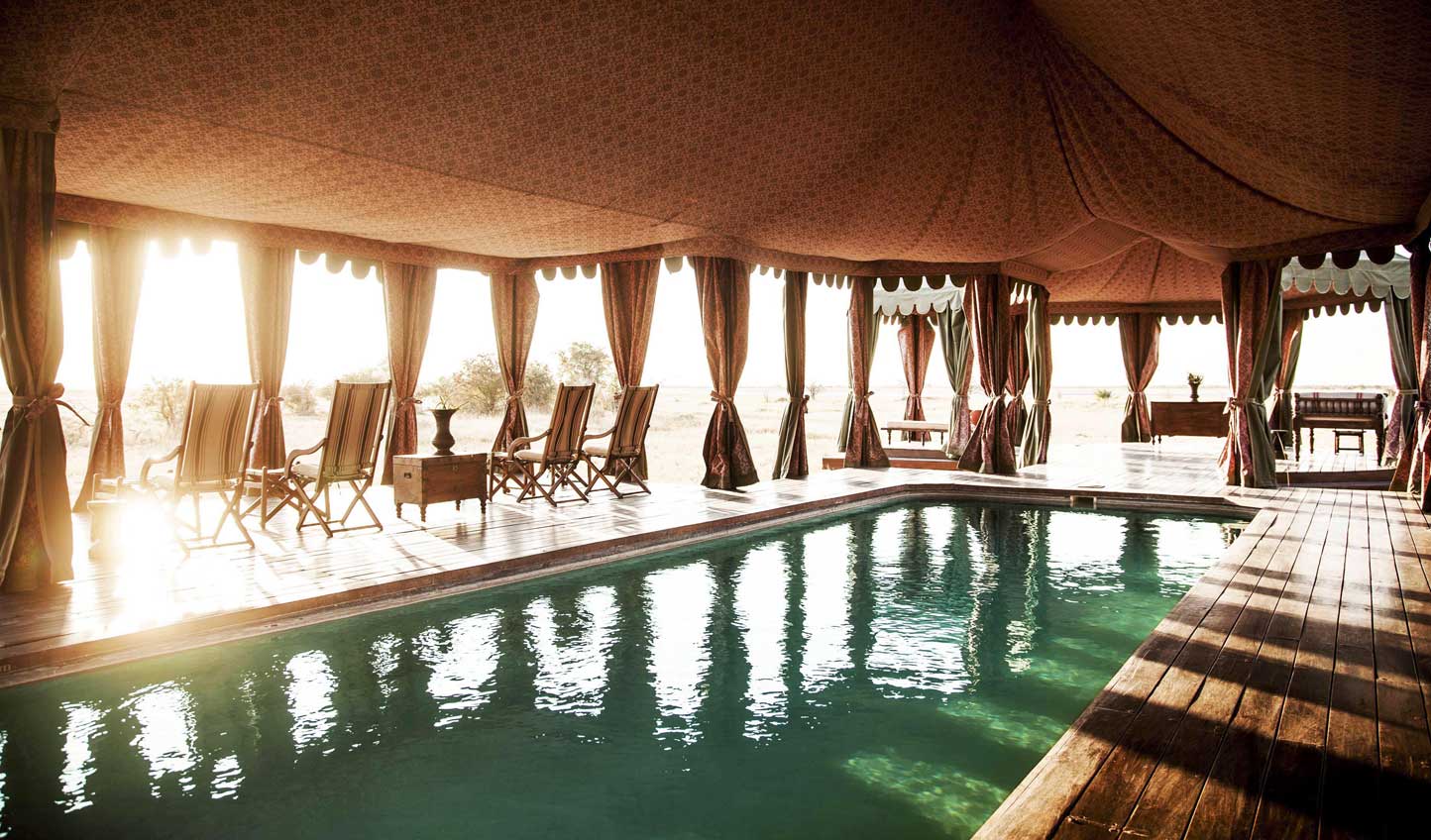 Cool off from the African sun 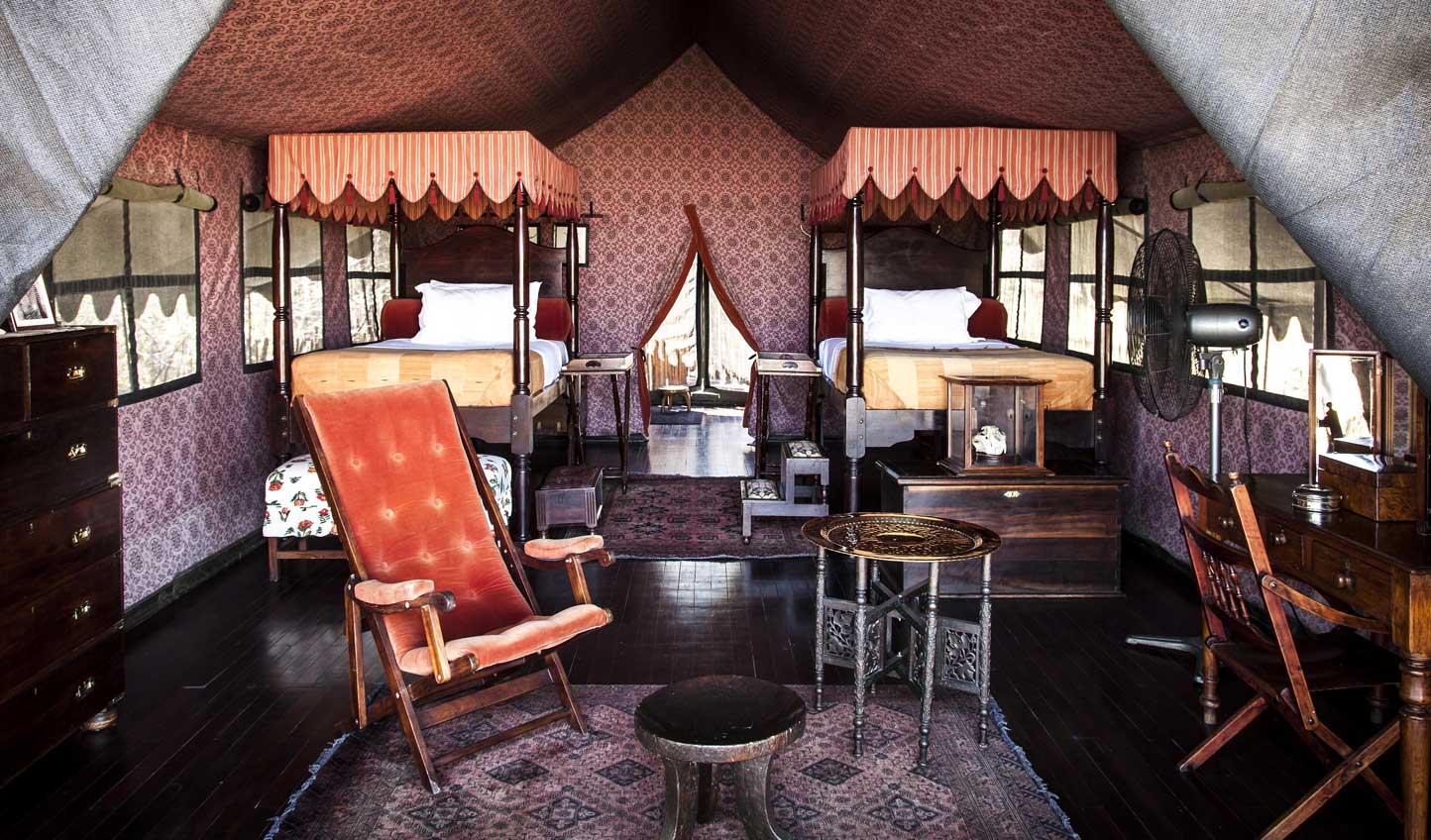 These are no ordinary tents 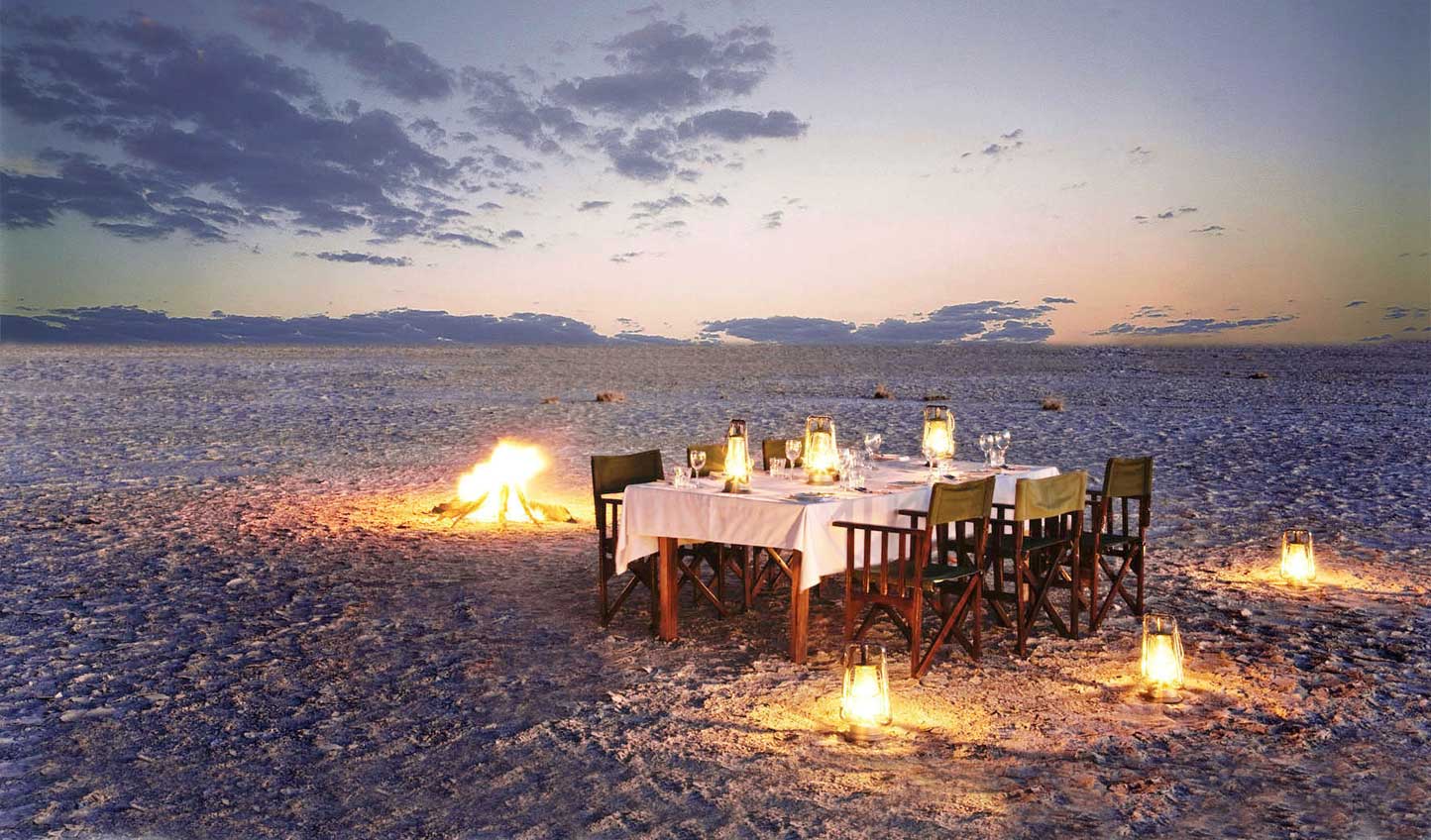 Savour a magical dinner out on the Pans 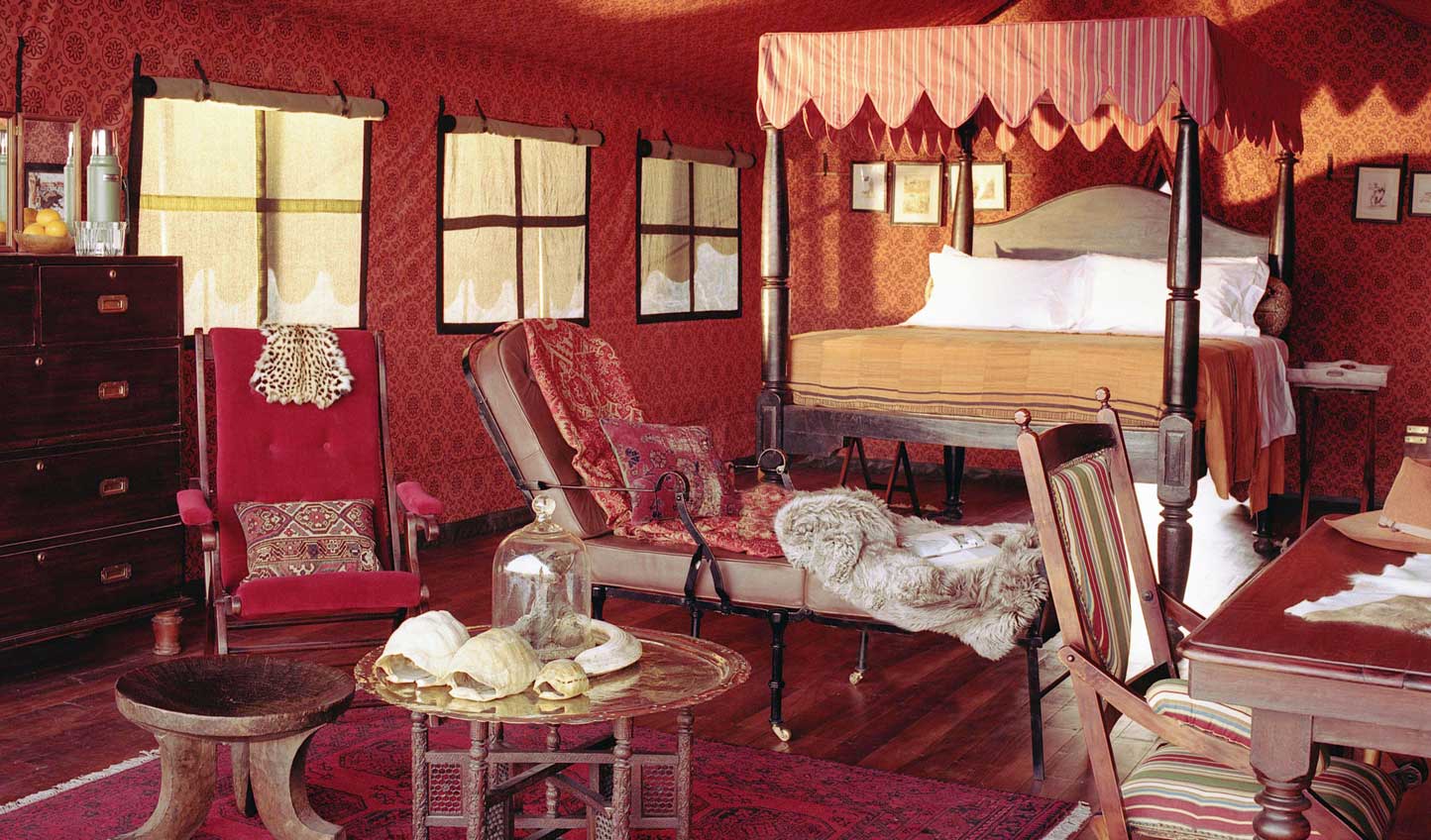 While on a trapping expedition in the Makgadikgadi Pans of Botswana during the 1960s, Jack Bousfield stumbled upon a site that so captured his imagination, he set up camp under an acacia with the unshakeable expectation that others would feel the same…

Jack’s Camp is set on the Pans of the Makgadikgadi, a beautiful reminder of one of the world’s super-lakes formed millions of years ago now leaving behind the visually impressive salt pans that stretch out from the camp. With two very distinctive seasons, the salt pans experience dramatic changes in both the flora and fauna across the year. During the wet season the landscape transforms, clouds of flamingo and other migratory birds along with herds of zebra and wildebeest who are drawn to the lush long grass ultimately the predators head this way too.

Jack’s camp consists of ten green roomy and stylish canvas tents with en-suite bathrooms and indoor and outdoor showers (for those who want to feel the Kalahari breeze on their skin). They have been fashioned in classical 1940’s style with Persian rugs underfoot, cool cotton sheets and mahogany and brass campaign-style kit from old family safari stores. These form a striking contrast with the rugged wilderness viewed from the comfort of one’s own veranda.

Filled with charming mid 20th Century charm, these luxurious camps are the perfect setting for you to experience the almighty Makgadikgadi pans and their vastly changing climate. During the wet season, the landscape transforms. Clouds of flamingo and other migratory birds descend from the heavens to decorate the watery grasslands.  Herds of zebra and wildebeest materialise, drawn by the lush grass, and for several months, the desert is teeming with game and predators.

Sign up to receive our latest destination inspiration for Botswana, as well as our travel predictions for the year to come.