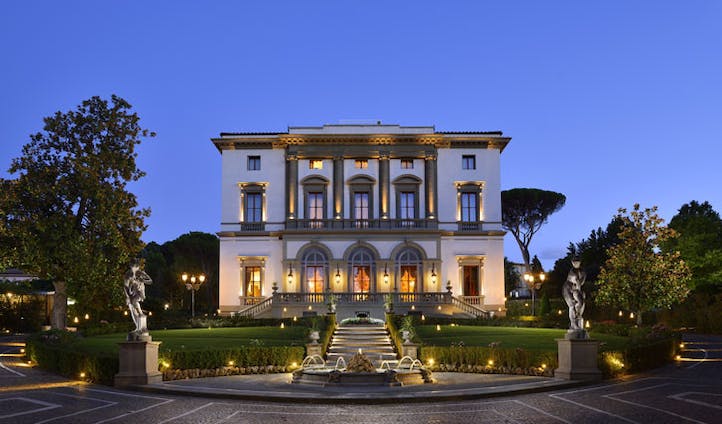 The grand entrance of Villa Cora 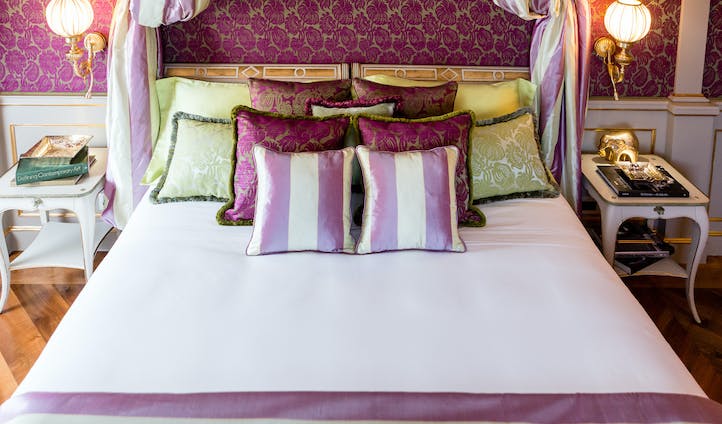 The Aurora Suite at Villa Cora 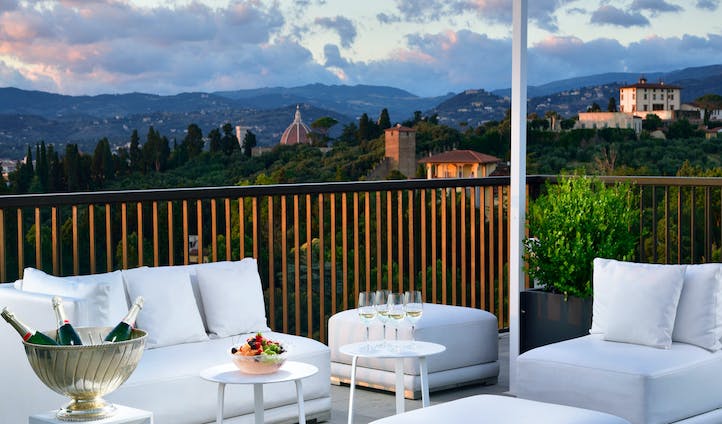 Sundowners on your private balcony 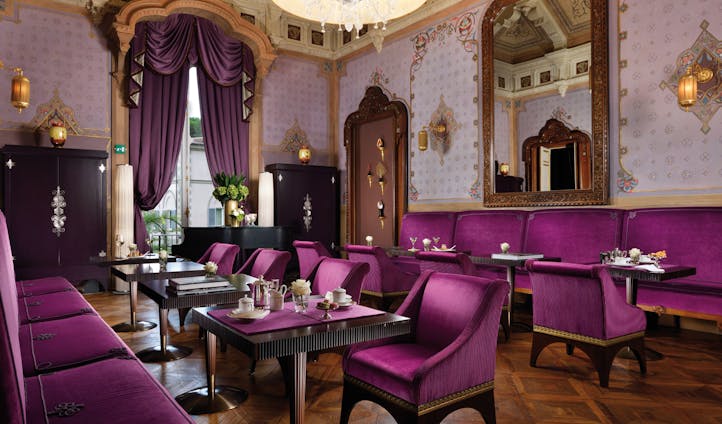 Welcome to the stunning Cards Room for great Italian dining 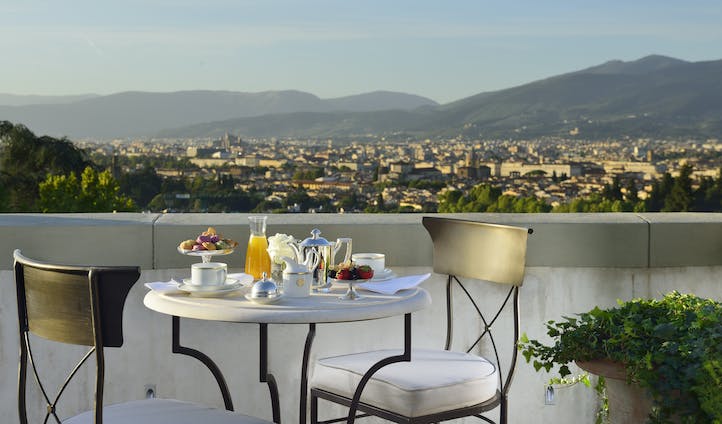 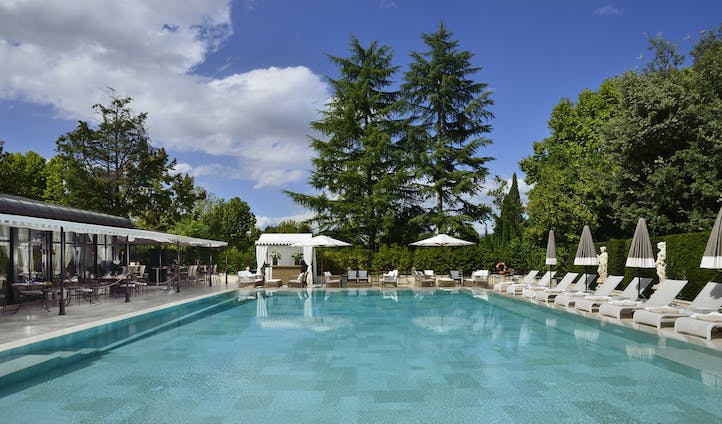 The heated pool in the Italian gardens 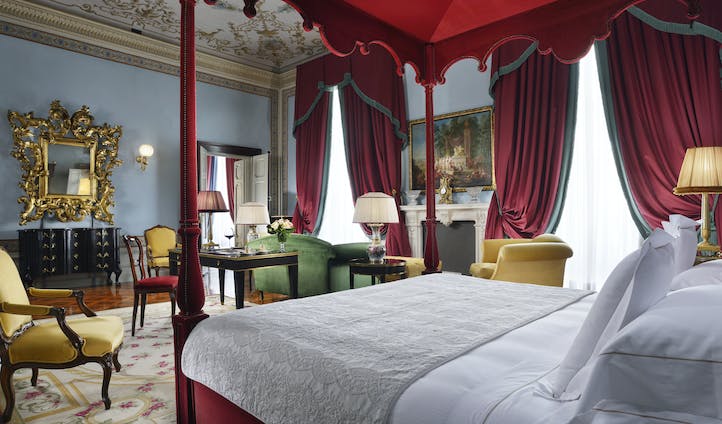 The Imperial Suite, fit for a king 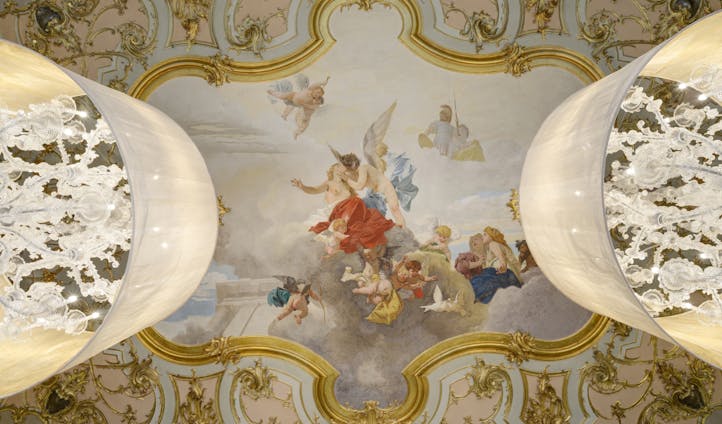 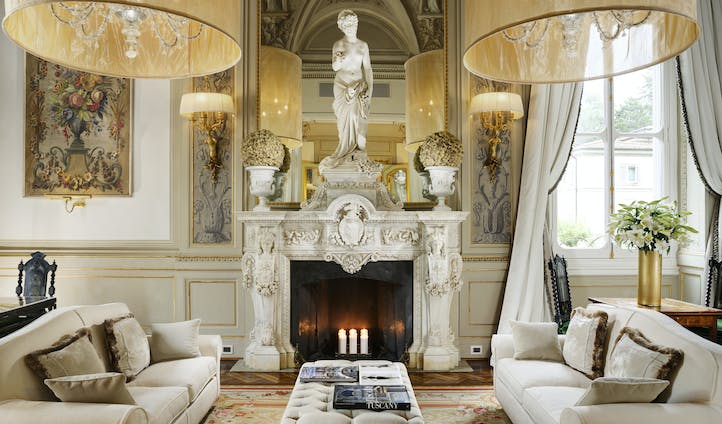 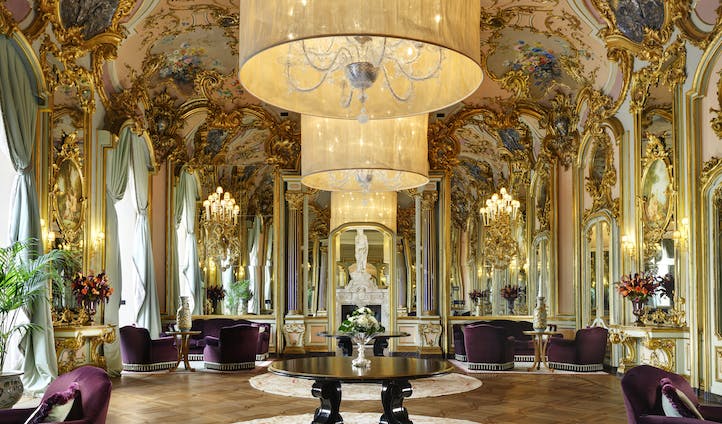 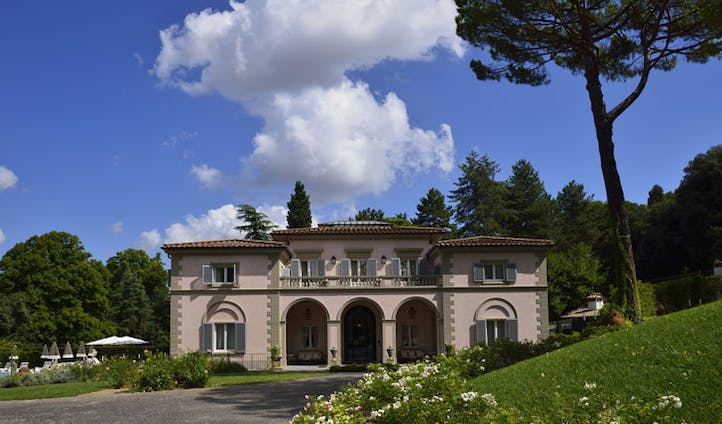 The cradle of the Renaissance, Florence is a must for art aficionados, while the fresco-filled chapels, red-domed roofs and winding cobbled streets make it the perfect place for a romantic getaway. Set away from the hustle and bustle of this riverside metropolis is Villa Cora, a cultural symbol in itself with an esteemed guest list which counts Napoleon III’s wife and Tchaikovsky among its ranks. And having witnessed the splendour of this aristocratic hideout, with its 44 rooms including the very grandest of suites, beautiful gardens and subterranean spa, we think you’ll understand why.

Nestled in the rolling green hills just south of the city, Villa Cora is an easy 15-minute drive from Florence International Airport. It’s perfectly situated to allow you to be a culture vulture by day and return to the bucolic tranquillity of the Italian countryside by night. The city boasts activities for every traveller; whizz into town on a Vespa or Ferrari and lose yourself gazing at a Michelangelo masterpiece; watch the world go by over a gelato in one of the city’s lively piazzas and take that sunset holiday snap on a 17th-century bridge overlooking the Arno. Then return to bask in the opulence of Villa Cora…

The hotel has 44 rooms, each individually designed to be in keeping with 19th-century architectural style but brought up to date with all the comforts of a modern hotel. The first, or ‘noble’ floor, is covered in exquisitely painted frescoes; the second is a haven of roses, the third mysterious and sensual, evocative of The Orient. The Imperial Suite is the epitome of luxury, a mammoth velvet-draped four-poster bed worthy of royalty (indeed, Emperor Ankito of Japan stayed here), with inlaid wooden floors, original frescoes and guilt mirrors. Each and every bathroom is made entirely from Carrara marble with beauty products from Annick Goutal, and if you’ve got little ones in tow there’s a family room with extra twin beds.

From the stunning views on the roof terrace down to the sprawling gardens bursting with over 100 varieties of roses (and the only heated pool in Florence), Villa Cora whispers extravagance. And the best is always found in the small touches, like their dedicated cigar room and the fact that you can take cooking classes with their executive chef, so you can keep the Italian dream alive on your return home.